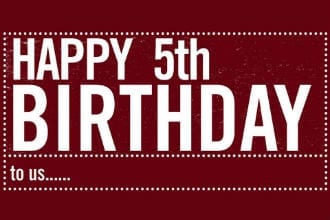 This magazine was founded in 1938 by Leighton Collins to advocate for “facts – knowledge – safety.” Since then, its pages have been filled by some of aviation’s greatest writers, including Richard Collins, Wolfgang Langewiesche, Bob Buck and Richard Bach. From time to time, we even republish articles from the old Air Facts magazine.

Given that rich history, it may seem odd to celebrate a fifth birthday, but Air Facts in its current form was relaunched five years ago, in March 2011. Five years may be the blink of an eye in the print publishing world, but it’s practically a lifetime online. So on behalf of Editor Emeritus Richard Collins and Managing Editor Patricia Luebke, let me take just a moment to celebrate and reflect.

We’ve heard from many readers that “Air Facts is unique among aviation websites.” We think the difference can be summed up in one word: authenticity. In an industry that sometimes publishes press releases more than analysis, wishful thinking more than honest stories, Air Facts stands out for its commitment to authentic flying. That means:

If you’re new to Air Facts, we hope you feel welcome at our hangar flying session. Be sure to subscribe to our biweekly email newsletter and tell a friend. But don’t be simply a reader of Air Facts; be a contributor too. That could mean sharing a comment on an article or even writing an article for us.

Whether you’ve been with us for 77 years or five, thanks for flying with us. We hope you’ll join us on the next leg of our flight.

Top 10 articles of all time on Air Facts