Blog - Latest News
You are here: Home1 / Article Archive2 / I was there3 / Into the eye of the storm 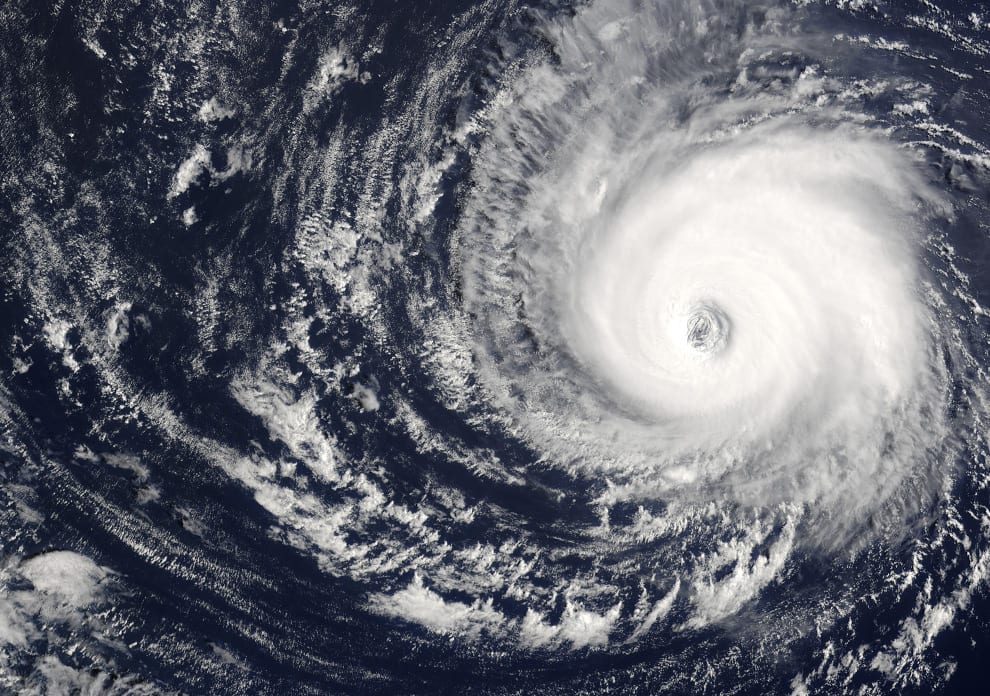 My destination that day was New Orleans, and they were expecting a tropical storm, maybe a hurricane, to make landfall somewhere around there that day. New Orleans was where, in the early to mid-1950s, Cessna delivered planes destined for overseas customers – to places like Australia, Africa, Europe, South Asia, and even South America – to be disassembled into major components, crated and transported by ship to, or near, the destination country. (I can only guess at the procedures after arrival of the plane’s crated assemblies on the way to the buyer’s country – and your guess is as good as mine.) So this article will be an introduction to the domestic part of the company’s delivery procedures of those days, because they are what put me in the predicament of the title.

Ferrying a 170 meant ded reckoning and plenty of looks outside.

In those days Cessna had only single engine airplanes in production (which they didn’t want to have flown long distances over open seas), so my experience in delivering airplanes was mostly in 170s, and only one or two 180s, the latter introduced in 1953. Most of these “overseas” airplanes were bare boned, with no radios and with merely needle, ball and airspeed instrumentation. Thus, ded reckoning was mandatory on some, but the route was well established – leave Wichita, refuel at Texarkana, and fly on to New O.

The airport used in New Orleans was at, or on, Lake Pontchartrain, where the crating took place and the shipping begun. I should mention that domestic deliveries were primarily picked up at the factory, and I remember only one or two where I delivered an airplane to the Cessna dealer’s place in the U.S. I should also mention that sales volume was not high at that time, but Cessna’s reputation obviously did attract some foreign business.

Cessna had a neat way to minimize the cost of deliveries to the Big Easy – they used Cessna employees with pilot’s licenses who wanted flying time – and didn’t pay them for piloting the airplane. A little expense money and a return airline ticket were provided. Since you weren’t paid for flying the airplane, a private license was all that was necessary – and I was building up time to get my commercial. Deliveries were on the weekend, so there would be no doubt that you weren’t on the clock. If you wanted to stay overnight in N.O., which was kind of attractive, that was on you. It was a good deal for the pilot and the company.

New Orleans Lakefront airport is not the place to land in a hurricane – unless it’s where the eye is.

But there was a wrinkle in the company rules for deliveries. If you started one and ran into weather or other difficulties, you should take the plane as far as you could, leave it, and get yourself back to Wichita. I never had to do that, but I guess the reasoning was you would go to a city big enough to have airline service so you could get home, and the airplane could be hangared or at least tied down. Then perhaps someone on a subsequent delivery could take a pilot with him to that airport to pick up the “stuck” plane and the two of you could proceed to complete both deliveries from there. Or some other, likely full time, pilot could take an airline to the holding city during the work week and complete the mission.

On this trip I was anticipating to have to do the “leave the airplane somewhere” routine because the weather at New Orleans was expected to be abysmal. I did have a radio on this airplane and was conversing with weather and traffic control personnel on the way and was advised, but not directed, at least three times not to proceed to the N.O. area, and the last time was almost a pleading.

But I was duty bound by company rules to proceed as far as I could, so I did. But as I approached New Orleans I was amazed that there was no visible evidence of clouds, rain or anything disturbing – except winds aloft that were surprisingly stronger than any I had ever encountered before, or after. (I’m not sure I was getting altitude guidance from the weather folks at this late stage.) The closer I got to the city, the stronger the wind became and more from the side – I guess because of the circular nature of the winds in the rotating, but not visible, storm elements. At the worse point I reckoned I was yawed 45 degrees into the wind to maintain course.

But as I got in distant view of the airport the wind seemed to subside and became almost calm, and I was able to make as routine a landing as could be imagined. I say this because I have no memory of it at all. I guess I was in the eye of the storm, relieved and happy to have made a successful delivery, delighted to have the episode over, and to turn the airplane over to a responsible person. That responsible person didn’t seem to think anything unusual had occurred.

Fly into this? Well, it’s worth a look.

Overseas deliveries like that helped me to build up time and acquire a commercial license, and I was soon doing test flying of the engineering type – with only about 250 total hours in my logbook. (I expect that’s a record for becoming a test pilot.) While that was due to being in the right work group at the right time, being a test pilot was only a corollary, but satisfying, duty in addition to those as an aerodynamicist, flight test engineer, and preliminary designer.

After getting my commercial I only did a couple more deliveries, one with my new bride to introduce her to the attractions of the Big Easy, and they were many back then. We stayed up to late hours Saturday night and thoroughly enjoyed the varied entertainment, but I guess not enough to visit that city by that means again. But it wasn’t because I was worried about encountering another sort of feared but sometime conveniently docile storm of the kind described in this piece.

It was about this time that giving female names to ocean storms and hurricanes began, but I don’t remember that the substantial disturbance described here got one. It certainly was no Katrina.

Gear down… or is it?