Blog - Latest News
You are here: Home1 / Article Archive2 / I Can't Believe I Did That3 / The day I became a “pro” pilot and knew it all… 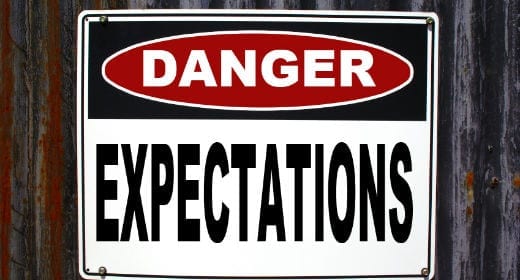 I’m a master instructor, ATP and national public speaker with over 6,000 hours. I’m so good at IFR, I have people from all over the country come to train with me. They all say how good I am – and I started to believe them!

Have you ever noticed, when you start to “get good” at flying, reality likes to step in to smack you in the head?

Oh, just the usual. Nothing to get worked up about…

On a recent Saturday morning, I had planned an easy IFR flight from Long Beach (KLGB) to Santa Rosa (KSTS). My airplane is a very well-equipped Cessna 206 with a Garmin 430W, Garmin 300, and an iPad with ADS-B and AHRS. It is a nice stable platform to make an easy three-hour trip. My clearance was exactly what I filed with the standard, “climb 3,000; expect 8,000 in 10” that I get every time.

After departure, I was told to proceed direct to the LAX VOR and expedite climb to and maintain 6,000. That seems pretty easy, hit direct to on the GPS and trim for 1,000 fpm and sit back with my sugar-free Red Bull. It was a very peaceful morning until SoCal Approach yelled at me for being at 7,000 feet and climbing into the flight path of a B737 restricted above me.

Power back, nose down, and mumble “sorry correcting” into the mic. How did I miss such a simple thing?

There are two reasons I blew through my assigned altitude: expectation bias and complacency. Expectation bias is common to all pilots, beginner and pro. Complacency is one of the biggest causes of accidents and mistakes with “pro” pilots.

Expectation bias is when your mind follows an established pattern, habit, or what it expects, rather than what you should do. I filed my flight plan for 8,000, I had received 8,000 in my clearance, and I had always been told to climb 8,000 on the other times I flew this route. I heard the controller say 6,000 and I acknowledged 6,000, but my brain was fixed on 8,000.

It happens to all of us.

Think about when you fly into your home airport and every time you enter the pattern you fly left traffic. It’s all fun and games until the one time a controller ask you to make right traffic and you enter left traffic by habit, cutting off another airplane. This is normal and happens to everyone because the human mind will fight to stay with and follow familiar patterns.

Complacency is the repeat offender of aviation mistakes. It sneaks back up on you again and again. A good early warning sign is when my headset starts to feel tight from my swollen head and ego. The first time it happened to me I had 300 hours and was a “pro” commercial pilot. I couldn’t figure out why the airplane would taxi out from the tie downs. I kept adding power and it still wouldn’t move. Hint: “tie downs.” I was so good I didn’t use the preflight checklist and forgot to untie the tail.

The next time it happened, I was a “pro” CFI with 600 hours. While trying to teach a student pilotage, I actually taught him how to violate class Bravo airspace, by not using a map. How could a “pro” ATP with 2,000 hours enter a hold on the non-protected side?

It’s not hard to do when you start to relax when it becomes easy.

Expectation bias and complacency are easy things to prevent if we stick with the basics, follow checklists and stay focused. Maybe I can relax when I become a real pro pilot with 10,000 hours.

What are the biggest mistakes you made when you became a “pro?” Share your stories and feedback in the comments below.

My best hour – and I wasn’t even flying!