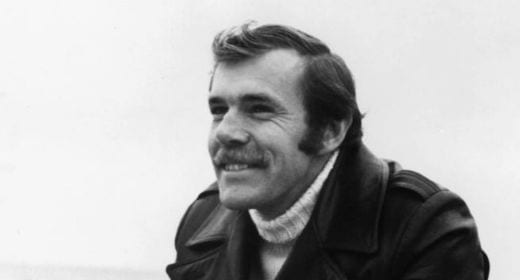 In the summer of 1960 a 24-year old Air Force jet fighter pilot, Richard Bach, submitted an unsolicited article to Air Facts. My father and I read the article, agreed that while it was different it had sparkle, and sent Richard a check for $25 in payment for the article.

It was the first work Richard had sold and he was both excited and enthusiastic. Another article came along so shortly that my father called him to explain the reality of magazine writing. Richard remembers the conversation like this:  “Leighton and I talked about writing, that it would be hard to survive on a few articles, and then he added ‘True, but there is some kind of writing that will keep us afloat….took years, but possible with books.’”

It’s not every day a pilot makes the cover of Time magazine.

Richard wrote five articles for Air Facts in the early-1960s. Then he went to work for FLYING and could no longer write for us. He went to work on those books, too, and like he said, it took time but in 1970 he hit that ever-elusive home run. Jonathan Livingston Seagull got off to a slow start but then went viral, as we say today. It reached the top of The New York Times best seller list and remained there for 38 weeks.

There were many other books, and movie deals and Richard was on his way.

I went to North Carolina monthly to see my father for about the last five years of his life and he often asked about Richard. He was fascinated with the success he had found which was without equal in this business. Of course he found it with a general, not aviation, audience but he was still one of us.

When he caught some wires with the landing gear of “Puff,” his experimental SeaRey amphibian, on August 31, 2012, things looked grim. Both “Puff” and Richard were pretty well crushed by the inverted crash that followed the wire strike. Richard might well have not made it but for the appearance of a Medevac helicopter just 12 minutes after the crash. Thousands, if not millions, were pulling for him.

Richard was in a coma for a week, in a hospital for four months, and in dual diagnosis treatment centers for a long time after that. He basically had to start from scratch and learn to do everything again. Now he is back flying a rebuilt (with a lot of new pieces) “Puff” and has written an account of his misadventure. It’s called Illusions II, and is available from Amazon as an e-book ($2.99). It is classic Richard.

Next, you can read Richard’s first ever article, from the September, 1960, Air Facts, “Voice in the Dark.” He had this to say about the article recently: “I love that story of the T-33. The first time an airplane talked to me.” He later included it in a book. It is posted here, with his permission, “From A Gift of Wings, copyright by Richard Bach.” Read this, then read Illusions II, and you will have the beginning and the latest from 54 years of Richard Bach, a remarkable talent.

Voice in the Dark

Some still night on the flight line

For a long time, ever since I first touched the starter switch of a flying machine, I’ve wanted to know what an airplane really is. A thousand hours of flying with them through good weather and not-so-good have taught me a little about airplanes, what they will do and what some of them won’t do. It’s taught me what goes together to make an airplane, and fairly well how it goes together. I’ve learned that skin is riveted to stringers which are in turn riveted to ribs and bulkheads. Mechanics have taught me that props are matched to engines and that turbine blades are fitted in balanced pairs. I’ve heard that some planes hold together with bailing wire and others need bolts torqued to the exact inch-pound.

Through all this, though, I’ve never understood what an airplane really is, or why it is different from any other machine.

This article first appeared in the September 1960 edition of Air Facts.

A few nights ago, on the anniversary of my sixth year flying airplanes, I found the answer. I walked out on the flight line of a jet fighter base and leaned against the wing of an old friend. The night was very quiet, without a moon. Dim starlight and a pair of flashing red obstacle lights outlined a black hill at the side of the runway, and I breathed JP-4 and starlight and aluminum and still night air. In the quiet I talked to my friend, who happened to be a T-33, and asked pointblank the questions I could never answer.

“What are you, airplane? What is it about you and all your wide family that has made so many men leave all they know and come to you? Why do they waste good human love and concern on you who are nothing but so many pounds of steel and aluminum and gasoline and hydraulic fluid?”

A light breeze swirled by and whistled to itself in the landing gear. As clearly as a voice in the dark the T-bird’s answer came, as if she were telling me, patiently, something she’d been telling me since we first met. “What are you,” she asked, “but so many pounds of flesh and blood and air and water? Aren’t you more than that?”

“Of course,” I nodded in the darkness, and listened to the high lonely murmur of one of her sisters at altitude, cutting a gentle path in the quiet with her tiny airy roar.

“As you are more than your body, so I am more than my body,” she said, and she was quiet again. The trim sweep of her vertical stabilizer was an intermittent silhouette against the solemn split beam of the tower beacon turning its endless path around.

She was right. As the character and life of a man is not found between the covers of an anatomy book, so the character and life of an airplane is not found in the pages of a manual on aeronautical engineering. An airplane’s soul, which he can never see or touch, is something that her pilot senses: an eagerness to fly; a little bit of performance that according to the charts should not be there, but is; a spirit behind the bullet-holed mass of torn metal with three propellers feathered, touching down on an English airfield. Not the metal, but the soul of an airplane is what her pilot wants to fly, and the reason he paints the name on her cowling. And with that soul, airplanes have an immortality that you can feel when you walk onto any airport.

The air over the runways, slashed by propeller blades and burned in the Niagara-roar of a shimmering tailpipe, is part of the immortality of an airplane. The still blue lights along the taxiways at night are a part of it, and so is the anemometer at the top of the tower and the white paint that marks the runway numbers on the concrete. Even the empty sod strip at the end of a hundred miles of rolling plains lives with the calm expectancy of an engine’s advancing roar and black wheels touching grass.

Richard Bach was an Air Force pilot before writing his wildly popular book.

We can throw a DC-8 into the sky instead of a Nieuport Vee-strutter, and we can throw it from a two-mile sheet of reinforced concrete instead of a muddy pasture, but the sky that the DC-8 whispers through is the same sky that held Glenn Curtiss and Mick Mannock and Wiley Post. We can blow islands out of the sea and change pioneer’s wagon trails to sixlane superhighways, but the sky is the same sky it has always been, with the same hazards and the same rewards for those who journey it.

Real flight, my friend taught me, is the spirit of an airplane lifting the spirit of its pilot into the high clean blue of the sky, where they join to share the freedom. Like trucks and trains, airplanes have become matter-of-fact and accepted workhorses, their soul and their character aren’t so easily seen as they once were. But they’re still there.

Even though you cannot find an industry that doesn’t benefit from flight and though there are thousands of reasons to fly airplanes, in the beginning men flew only for the sake of flying. Wilbur and Orville Wright didn’t bring the powered airplane into the world to move cargo or to fight battles in the sky. They invented it for the same selfish reason that Lillienthal held tightly to his cloth-and-bamboo wings and leaped from his pyramid: they wanted to be free of the ground. That is pure flight, followed for the joy of traveling through the air as an end in itself. And every once in awhile we ask, “What are you, airplane?”

The answer I found that night is not a new answer. Pilots have known for a long time that airplanes have a life and a soul of their own. The first time it dawns on every pilot, though, is like the first time he took the controls alone and watched the ground drop away.

To prove the answer for yourself you don’t have to turn back to the day you flew your first solo. Just go out onto a flight line one night and lean against the wing of an old friend…

Night flying: out of our element

The flight of a lifetime
Scroll to top