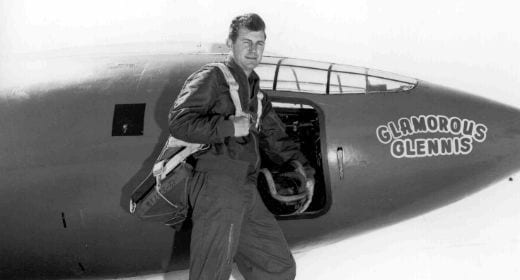 I just finished reading (for about the fourth time) Rinker Buck’s Flight of Passage, the story of two high school boys who restored a Piper Cub and flew it across the country in 1966. It’s a classic flying book that should be mandatory reading for any pilot, but it’s also pertinent to our recent Special Report on the future of general aviation.

Rinker and Kern Buck, two teenagers who flew from New Jersey to California in a Cub they rebuilt.

The book makes clear just how much has changed since the golden years, when gas was cheap, airspace was simple and there was no Facebook to distract teenagers. But I found myself focusing on other changes, in particular how much has changed with pilots. Certainly these boys were different–after all, that’s why they made history with their flight. But in other ways they were very ordinary. Unlike some noteworthy recent events, the Bucks’ journey was hardly a millionaire’s publicity stunt or a military-funded record attempt. Rather, the trip happened because two teenagers had a restless spirit and a desire to try something new.

Would this type of flying adventure still happen today? It’s hard to imagine.

Richard Collins said it well in an article last year on Air Facts:

One reason there are fewer pilots is because the mood in our country has changed. There is more of a tendency today for people to be needy and dependent and risk-averse. That is not a good demographic for flight training or for flying.

This statement was met with much derision, but I think Collins’ basic point is dead-on. Almost everyone today, pilots included, is less spontaneous and less accepting of risk. That’s probably a good thing overall (we’re living longer), but it’s less than ideal for getting the most out of a pilot’s license.

Don’t worry, this won’t devolve into some anti-government rant or a lecture about “kids today…” The fact is, I’m as guilty of this thinking as anyone. Some years ago, when a colleague offered me the chance to fly a Cessna 172 from California to Ohio, my first thought was, “Is that possible?” Obviously if two teenagers in a Cub with no radio could do it, I could squeak by with an IFR GPS and an autopilot–but my brain was wired to think otherwise. We can debate why that is, but it’s a fact.

I think this is one reason Airventure remains such an important event. For many pilots, flying to Oshkosh is the last big adventure; the rest of the year we play it safe. I see a lot of pilots who are simply flying to stay current. That’s fine, but a steady diet of touch-and-goes and steep turns is a great way to burn out.

The problem with a less adventuresome attitude is that flying becomes progressively less useful, more boring or both. Soon we don’t see a good return on our aviation investment, our family and friends lose interest and it’s easy to fade away. Adventure doesn’t have to mean record-setting flights, either. It could mean taking a 300 mile trip by airplane instead of car or trying a new $100 hamburger spot.

A reader’s comment on our Special Report sums it up: “general aviation is a product in search of an application. In other words, most of us have no need for it.”

The reader is right in many cases, but it’s our own fault. Sure, the airlines have made air travel incredibly safe, reliable and affordable, weakening the case for general aviation as a means of transportation. But for 300-500 nm trips, a light airplane is still a fine way to travel. Likewise, the countless distractions of modern life offer plenty of alternatives for recreation, but there’s nothing more immersive than flying. To a large extent, whether we have a “need” for general aviation depends on what we do with it. It’s clear that nobody has a need to practice slow flight.

Some will rightly point out that the high cost of flying and the increasing burden of FAA and TSA regulations play a part. We haven’t lost our sense of adventure so much as the TSA has stolen it, they argue. It’s certainly a valid argument, and the Bucks’ voyage would have been much less spontaneous in a world of $6/gallon avgas and pop-up TFRs.

But these realities can easily become excuses, and we can’t blame it all on cost and regulation. The lesson of Flight of Passage is that where there’s a will, there’s a way. Consider if you were to recreate their cross country flight today. You could easily buy a well-maintained Cub for under $30,000 and spend about $1,000 on gas flying to California. You still don’t need a radio at most airports in the US and you could easily stay in uncontrolled airspace the whole way. But you would probably have an iPad with a moving map, charts and terrain–for a paltry $75/year. We may be less free than we were in 1966, but we don’t exactly have it bad.

If you’re like most people, the word “pilot” brings to mind names like Charles Lindbergh or Chuck Yeager. That’s because aviation has always attracted adventuresome (some might say swashbuckling) pioneers who dreamed big and made a mark on history. We don’t all have to be risk-takers like Yeager, but we could use a little more of their spirit.

If we’re not careful, the obsession with risk and cost management can become fun management–and soon we’ve managed all the excitement out of flying. So the next time a friend suggests a “crazy” cross country or you feel like playing it safe and taking the airline, put on your leather jacket and go flying.