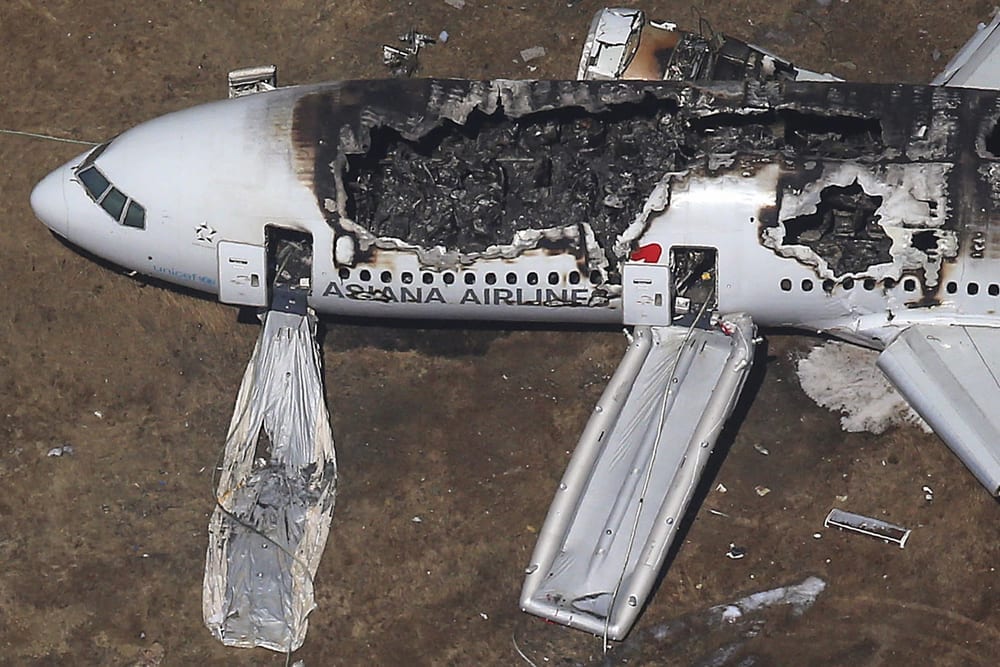 The Air Line Pilots Association, International has had quite a bit to say following the crash of Asiana Flight 214 at SFO. Among other things, the association has said: “The NTSB’s release of incomplete, out-of-context information has fueled rampant speculation about the cause of the accident.”

Should we speculate about the cause of this crash?

I don’t agree. The fact of the matter is that the airplane crashed on a beautiful day, there was apparently no mechanical failure, and the public feels entitled to all the speculation that anyone cares to offer. That is just the way things work.

From what is known, the crew just turned in a truly lousy job of flying. Some would apparently like for this not to be known for a couple of years, when the accident will be all but forgotten.

In fact, I have been surprised about two areas where there hasn’t been speculation.

Could the aircraft have run out of fuel? The lack of fire in the wings, which hold fuel and which were pretty well ripped when the main gear was knocked off by the contact with the sea wall, certainly raised the question in my mind. They have cleared the wreckage now, but nowhere have I seen an account of the amount of fuel that was recovered from the wreckage. Still, the NTSB reports normal engine operation so the lack of speculation on this is justified.

Setting that aside, could there be a strong similarity between this accident and one involving a Turkish airliner in Europe a few years ago? There, as I recall, a malfunction in the system that controls the autothrottles caused that system to think the airplane was at a height where the flare for landing begins. The autothrottles thus pulled the power back. However, the airplane was about 1,000 feet above the ground and the crew failed to notice the decaying airspeed until it was too late and the airplane crashed well short of the runway.

Here, the NTSB has said that all systems on the Asiana 777 were operating normally. So much for that.

There is an unsigned document that has been making the rounds on the web that calls into question the general ability of the pilots at both Asiana and Korean Air, that country’s other large airline.

The document that I saw was penned by an American who was an expat instructor at both airlines which were forced to hire such instructors because much of the rest of the world said they had to do that because of a poor safety record. The airframe manufacturers help craft appropriate training programs.

The author detailed how the Korean pilots were unable to do relatively simple things with the airplane, like visual approaches. A quote: “So, when I hear that a 10,000 hour Korean Captain was vectored in for a 17-mile final, and cleared for a visual approach in CAVOK weather, it raises the hair on the back of my neck.”

The document did not paint the Koreans as unintelligent. In fact, the author acknowledged that they are bright and smart. But he went on to suggest that the educational system in that country emphasizes memorization and that the kids are taught never to challenge authority. It suggests that you just can’t change 3,000 years of culture.

Over the years, I have seen similar documents originated by Americans teaching people from other countries to fly. One I remember clearly was from a pilot who taught Shah-era pilots in Iran to fly helicopters. His observation was that they had a hard time learning the complexities of a helicopter because the most complex thing they had previously operated was a donkey.

The document about Korean pilots suggested that there would be a lot more accidents like this one.

This chart shows just how slow the 777 was when it crashed.

Automation also gets a poke in the eye here with a corresponding poke at pilot experience. Airline SOP calls for engagement of the autopilot soon after takeoff and disengagement right before landing. That, according to this document, means that on a 12-hour flight the pilot gets only a few minutes of real “flying time.”

I am getting a little tired of people knocking automation any time something happens. Sure, automation can screw up, but it does not do so nearly as often as humans. It also appears blameless in the Asiana 777 crash. The simple fact is that the safety record in big jets is nothing short of wonderful. A passenger does have to acknowledge, though, that when you ride in an airliner from a country not your own, the operation reflects the culture of that country, not yours.

I think that speculation is good because it gives things to think about when the event is fresh in mind and a lot is being said about it. Now it is, and should be, a number one topic of conversation.

There is a lesson here for all pilots. When on final, the important things are altitude, airspeed, sink rate and vertical and horizontal alignment with the touchdown zone. On a clear day, a pilot has only to look out front and glance at the instrument panel to get those essentials.

Trust but verify: ATC can’t fly the airplane for you

The best perspective is from above
Scroll to top