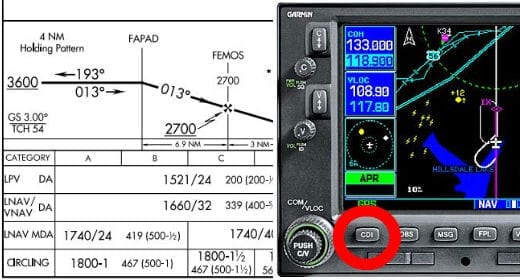 My primary flight instructor taught me to always double check these things right before entering the runway for takeoff: fuel selector on the right tank, fuel pumps on (if required), flaps set for takeoff and trim(s) set for takeoff. These were “the killer items,” I was told, and having them set improperly on takeoff could lead to disaster. Almost anything else could be handled in the air. Tune the radio wrong? Easy to fix after takeoff. Have the trim set too far nose up? You might not have time to recover.

This quick checklist is meant to be used in addition to a printed checklist, but it has been a great aid for me (and probably thousands of other pilots). It’s been especially helpful as I’ve transitioned into different airplanes. Whether it’s a taildragger or a turbine airplane, these three items are nearly universal, and I find myself chanting “fuel, flaps and trim” every time I take off. More than once, it has caught something set wrong.

I’d like to suggest a similar killer items checklist for instrument pilots, and we have technology to thank for it.

Checklists are the norm for IFR flying, since mistakes are often punishable by death, but sometimes checklists can actually get in the way. When you’re trying to intercept the final approach course on a slam dunk approach and the frequency is jammed with traffic, it’s easy to skip a step or forget the checklist entirely. That’s why I always verbally confirm two quick things before starting an approach: CDI button and type of minimums.

Before GPS, the course deviation indicator (CDI) or horizontal situation indicator (HSI) was fairly simple. Turn the knob to set the correct inbound course and fly the approach. But with the addition of GPS receivers to many general aviation cockpits, things got more complicated. Now, the CDI or HSI can receive inputs from both the nav radio(s) and the GPS(s). It’s up to the pilot to select which source is driving the CDI.

The CDI button is small, but it’s very important.

In some airplanes there is a separate button on the panel to select this, but on most newer equipment this is done right on the GPS. For Garmin 430/530 receivers, there is a dedicated CDI button below the screen; for Garmin GTN 650/750 receivers, there is a CDI button on the touch-screen below the map. It’s simple to do, but also very easy to forget. On top of this, some systems let you select GPS 1 or 2, which doubles the chance of messing something up.

Here’s the most likely scenario (and one that has trapped me before): you navigate for the entire trip based on GPS, so the CDI selector is set to GPS. As you approach your destination, you get cleared for an ILS approach. You turn the knob to the inbound course for the ILS, but you forget to change the CDI button from GPS to VLOC. So while everything looks normal, you’re actually tracking whatever the GPS is set to–not the localizer. On some approaches this isn’t a big deal (especially if you loaded the ILS into the GPS flight plan), but on others this is a critical mistake. As you chase the needle, you’re flying far away from the localizer. Plus, you likely won’t see a glideslope, which can cause even more confusion.

In fact, this exact scenario happened in 2005 when a Pilatus PC-12 crashed in Pennsylvania, killing all aboard. It’s not clear what the final cause of the accident was, but it is clear that the avionics were not properly set. The navigation system lights showed that the CDI was set to GPS, even though the airplane was cleared for an ILS. This easily could have caused the course and altitude variations that the radar track showed.

If you’re flying a glass cockpit like a G1000, the HSI does a pretty good job of alerting you. The screen will show either GPS or NAV, and the color will change from purple (GPS) to green (nav radio). But for most steam gauge airplanes, it isn’t obvious at all. That’s why a simple check of the CDI button before the final approach fix is a must. If you have the option of displaying GPS 1 or 2, verify that setting as well.

What kind of minimums?

Just like CDI settings, the minimums line on approach plates is getting more and more complicated. It’s not unusual to see four lines for an RNAV (GPS) approach: LPV, LNAV/VNAV, LNAV and Circling. Without getting into the details (you can read those here), the critical thing to remember is that the LPV minimum is a decision altitude (DA), while the LNAV minimum is a minimum descent altitude (MDA). That means when you hit MDA–unlike a DA–you must level off until you see the runway environment and can make a safe descent to land.

Remember that the LNAV minimum altitude is an MDA – so level off.

So far, so good. But things get confusing when you’re flying an LNAV approach with a WAAS-approved GPS. That fancy GPS will create an advisory glideslope (what the FAA calls a VDA) between the final approach fix and the runway. This is a great feature, allowing you to fly a constant descent instead of the “dive and drive” approach. If you’ve ever flown one of these LNAV+V (the +V indicates an advisory glideslope) approaches, you know how much better they are.

The published VDA is for information only, advisory in nature, and provides no additional obstacle protection below the MDA.

The rules haven’t changed here–an MDA still requires you to level off and wait to descend until your eyes tell you can make a safe landing–but it’s important to remember which type of approach you’re flying. If it’s an LNAV approach, it’s still a non-precision approach.

In the end, the killer item here is whether the minimum altitude is a DA (annunciated as LPV) or an MDA (annunicated as LNAV+V). Put another way, when you hit minimums, should you plan to level off or keep descending? Reminding yourself of this as you start the approach, in addition to the minimums, is a great practice.

While it may not be a killer item, a natural question that arises from this discussion about LNAV minimums is how can you tell when to descend to the runway? As usual, your eyes are the key instrument here. But in addition to this old standby, more and more approaches now feature a Visual Descent Point (VDP), which is indicated by a bold V on the profile view. VDPs have been around for a while, and show where a standard descent angle intercepts MDA. VDPs often serve as a de facto missed approach point, since descents after the VDP will usually be quite steep.

For RNAV approaches only, the presence of a gray shaded line from the MDA to the runway symbol in the profile view, is an indication that the visual segment below the MDA is clear of obstructions on the 34:1 slope. Absence of the gray shaded area indicates the 34:1 OCS [obstacle clearance surface] is not free of obstructions.

The 34:1 slope happens to be a normal 3 degree angle, so if you see a gray shaded line after the VDP (see the image above), you know you can make a normal descent from VDP to the runway and remain clear of obstacles. If you don’t see that gray line, be alert for obstacles on short final.

At its most basic, a killer item checklist is meant to double check things right before a critical time, and takeoffs and instrument approaches certainly qualify. Descending from final approach fix (FAF) to the missed approach point (MAP) is one of of the few times you willingly fly close to terrain with no visual reference, so you’d better be certain that everything is just right. If you’re unsure or uncomfortable, it’s time to fly the missed approach and sort things out.

Making these two checks doesn’t take long at all. In fact, on the Garmin 530/430 these two settings are right next to each other. You can check that the CDI indicator is set to GPS or VLOC, then glance up slightly and see what kind of approach you have loaded (a green box should show either LPV or LNAV+V). This two second check may never find a problem, but if it does you’ll be happy you verified things.

Have you ever been caught by one of these traps? Do you have your own killer items checklist? Add a comment below–registration is not required.

The Great Debate: are diesel engines the future?
Scroll to top