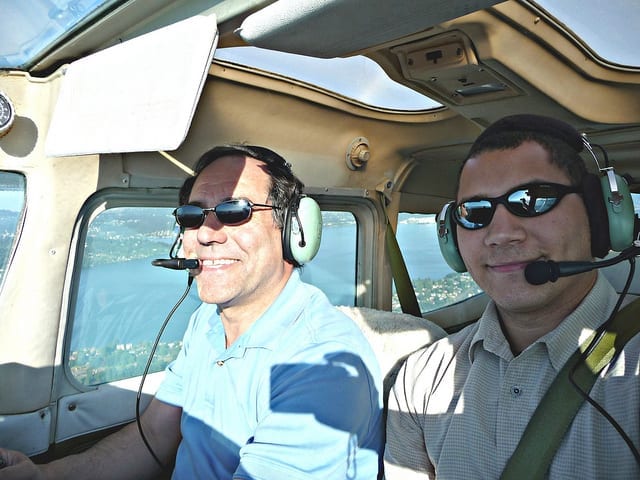 With all of the discussion around the declining pilot population, I have lamented on what we can do about it and the concept of mentoring seems like a good approach.

Webster defines a mentor as, “a trusted counselor or guide.” Seems straightforward enough.

A mentor can make a powerful difference in the life of a new pilot.

AOPA even has a program for mentoring called Project Pilot. Although it is very formal and detailed, it looks like it never really got off the ground. Inquiries to the Project Pilot email address have gone unanswered and the most current photos are from students in 2007. If you have information about the program, we’d love to hear how it’s going. It does require an AOPA membership and special registration to the Project Pilot site with an existing student pilot to join.

Personally I have mixed thoughts about a full-blown program; while it creates a structure and provides for consistency, it might be too much for most people who just want to help.

My philosophy on mentorship

Most of us can look back and identify at least one person who took us under their wing and helped out. They probably didn’t have the official title of “mentor” and it wasn’t under a formal program, but they certainly contributed to our overall success.

My own personal story involves a professional pilot/business owner, who not only mentored me as I was learning to fly; he provided opportunities that later on proved pivotal to my success. There are many people with similar experiences. When you ask folks who have been mentored about how it affected them, you can tell it isn’t a trivial matter.

Knowing how powerful this can be for someone who is on the outside looking in, how do we go about doing it?

First we should identify individuals who can benefit from our experience and encouragement and then establish a relationship with them. This will provide the foundation for your role as mentor.

Then you can create opportunities to help. It will require some finesse to avoid coming on too strong. The idea is to be non-invasive unless, of course, they need stronger coaching.

Examples of areas where I was mentored include:

How you mentor is situational. A student going for a primary rating is certainly different than someone seeking a career in aviation; you should mentor accordingly.

Another thing that mentors provide is indirect accountability. The mere presence of a mentor will drive higher performance from the student. No one wants to disappoint someone they look up to. This translates into increased effort and thoughtfulness on the part of the student.

For the mentor, we benefit by giving back to the flying community in a way that is very rewarding. To see someone flourish under our tutelage is very satisfying.

Overall, for those of us in the right position, we can have a very positive affect on the outcome of someone’s flying life and we might even get something out of the bargain in return.

Flight Reviews: is there a better way?
Scroll to top