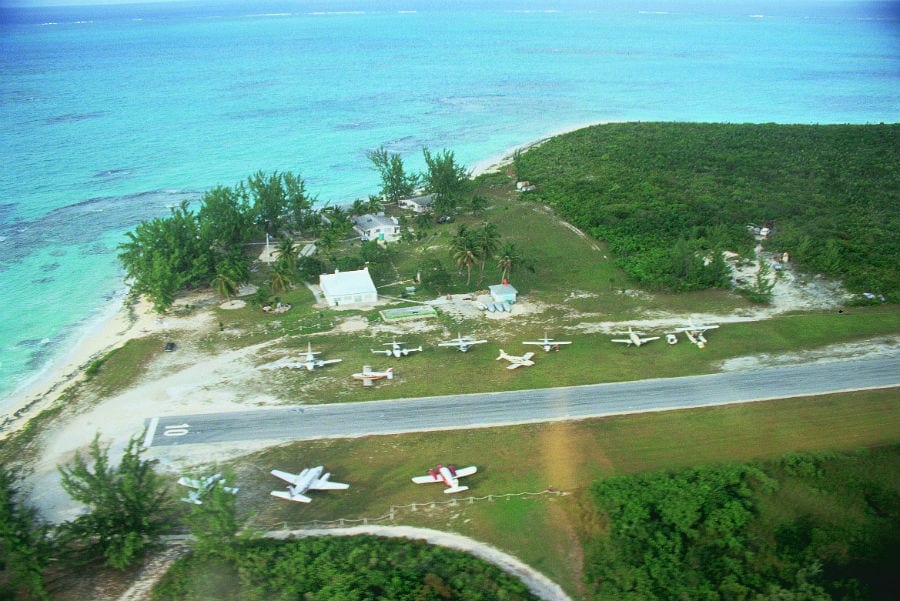 Have you “flown your logbook” lately? You know, sat down to read each entry and relive the flights in your head? It had been years since I’d done it, but an insurance renewal form sent me digging through my logbooks recently, and 20 minutes soon became three hours.

While I had been initially dreading the chore, it turned out to be immensely rewarding. I remembered trips I had forgotten, airplanes that are long gone and great instructors who helped me along the way. By the end, I had an overwhelming sense of gratitude–all of us as pilots are truly privileged to see some of the sights and meet some of the people that are recorded our logbooks. There is so much that only a pilot can experience, and I’m glad the FAA and tradition made me write it all down.

As I was reading my logbook, I noticed Lane Wallace’s recent book “Unforgettable: My 10 Best Flights” on my bookshelf, and it got me thinking about my best flights. It’s a fun exercise, as it makes you consider what type of flying you find most enjoyable. For me, it is the variety. Trips both big and small leapt out, in fast airplanes and slow ones, each memorable for its own reason. Soon my list was much longer than 10 flights.

While I won’t suggest my list is unique, here are some of my best flights:

The runway at Pittstown Point in the Bahamas can look very short to a new pilot.

First trip to the Bahamas

I was a brand new private pilot, all of 17 years old, and I had joined my father and some others on a “guys flying trip” to the islands. Each of these pilots had thousands more hours than I did, and I learned so much just from listening to them talk. Over pina coladas I learned what all the letters and numbers meant in TSIO-520, how to land a taildragger in a stiff crosswind and why real men flew four course ranges (whatever those were). It was an unintentional ground school for me, and I probably could have logged that time as dual.

The flying wasn’t bad either. I was awed by the clear blue water and I was enjoying the Cessna 310 we were island-hopping in. But it surprised me when my flight instructor put me in the left seat for a leg to Pittstown Point on Crooked Island. At the time, this small resort had about a 2000′ runway, which seemed positively tiny to me, considering the 310 was the fastest airplane I had ever flown (by about 70 knots!). It’s safe to say we did not land on the first approach, or even come close. But the second time around I slowed down, crossed the beach right at Vref and made a respectable landing. A mix of relief and pride washed over me as we turned off into the grass after landing and shut down.

I soon discovered a wonderful little resort perched on the beach right next to the runway. This was the type of place you would never see without traveling by small airplane–remote and simple like I had never experienced before, but comfortable and welcoming all the same. It was impossible not to relax. Best of all, we could visit a new island every day with a quick flight across the beautiful blue ocean.

Since then, I’ve flown to the islands almost every winter, and it remains one of my favorite places in the world. Landing that 310 at Pittstown was a great introduction to a lifelong friend.

The front seat of a new WACO is the best seat in the house.

A Waco ride at dawn

Most pilots would agree that Oshkosh is a magical place, but one year was more magical than ever for me. That’s because I managed to get a ride in a brand new Waco–the modern take on a classic biplane. It’s always been an airplane I lusted after, with its big radial engine, fabric wings and open cockpit.  I would do anything to fly in one.

The demo pilot must have known that, since he suggested 7am for a “wheels up” time. That sounded pretty early to me, but I agreed and I’m eternally grateful for that pilot’s schedule. I sat in the front seat, and when the tail came up on takeoff, my jaw dropped and stayed that way for an hour. The pilot flew low over the fields of Wisconsin just as the sun was breaking into its most beautiful morning colors. We were never higher than 500 feet, and never straight and level for longer than 30 seconds–and I’d never had so much fun in my life.

With the wind in your hair, the rumble of the Jacobs engine out front and the spectacular views all around, it was impossible to focus on anything other than flying. That’s what most of us love about flying, I suspect–it takes your mind off everyday concerns, whether you want it to or not. Any type of flying, but especially the Waco, is a completely immersive experience.

Even the most jaded pilot would have had a big smile that morning. I know I did.

Plenty of knobs, dials and switches in the Cheyenne cockpit.

Piston and turbine–it’s one of the enduring divisions in aviation. Which type of engine you fly behind is a key indicator of your status as a pilot (well, at least for some pilots low on self-confidence). Egos aside, though, the transition to a turbine, pressurized, cabin-class airplane was probably the biggest step up I’ve yet made in aviation. I loved the Cessna 210 I was flying at the time, but slipping into the cockpit of a Piper Cheyenne IIXL and being surrounded by dozens of switches and levers was a completely different experience for me.

I had flown in the right seat of this Cheyenne for a while, but now it was time to take the next step and really become a turbine pilot. Fresh out of simulator school for the airplane, I made the short flight from Cincinnati (LUK) to Knoxville (TYS) in perfect weather, and I did it from the left seat. Everything went smoothly, I stayed ahead of the airplane and I even made a pretty good landing. Finally, those switches made sense, and I really felt like I had mastered a foreign language–all at 250 knots at 21,000 feet. I knew I had a lot more to learn, but I also knew I had crossed an important bridge in my flying career. I definitely walked a little taller as I came down the air stair door at the FBO.

This was a memorable flight for another reason, too. It turned out to be a bittersweet trip, as the airplane was involved in a nasty case of hangar rash a few days later and I never flew it again. Just when I had become friends with this complicated machine, it was gone.

Seaplane flying really is the most fun you can have in an airplane.

You may have heard that seaplane flying is the most fun you can have in an airplane. Well, it’s absolutely true. 10 years ago, I spent an incredible week at Jack Brown’s Seaplane Base in Winter Haven, Florida, playing around in a J-3 Cub on floats. The classic Cub combined with the hundreds of lakes in central Florida made for a spectacular 6.7 hours in my logbook.

“What are some important power settings and airspeeds?” I remember asking. The response summed up the simple pleasure of this type of flying: “Full throttle to takeoff, idle to land. And 60 knots works well–rotate, climb, cruise and land at that.”

The highlight for me was the final lesson prior to my checkride. This was the last chance for my fantastic instructor to show me the fun you can have in a seaplane. Confined area takeoffs (think high speed taxiing in a circle to gain speed), glassy water landings, bush pilot tricks–a whole array of maneuvers I had never even considered in land-based airplanes was on display. And all of it with the door open and below 500 feet.

Sure, I passed a checkride at the end of the week and got to admire “Single Engine Sea” on my pilot’s license, but the whole trip was really about fun. The hangar flying sessions on the dock were just as important–and fun–as the Cub time. It’s an experience that should be on every pilot’s bucket list.

In a future article, I’ll share more of my memorable flights (I told you the list was long). But for now, let’s hear from you–what are the flights that stick out in your memory? Were they long trips or simple afternoon rides? Leave a comment below.

Go or No Go: Northeast freight run
Scroll to top