Blog - Latest News
You are here: Home1 / Article Archive2 / Debate3 / Make the case for your airplane 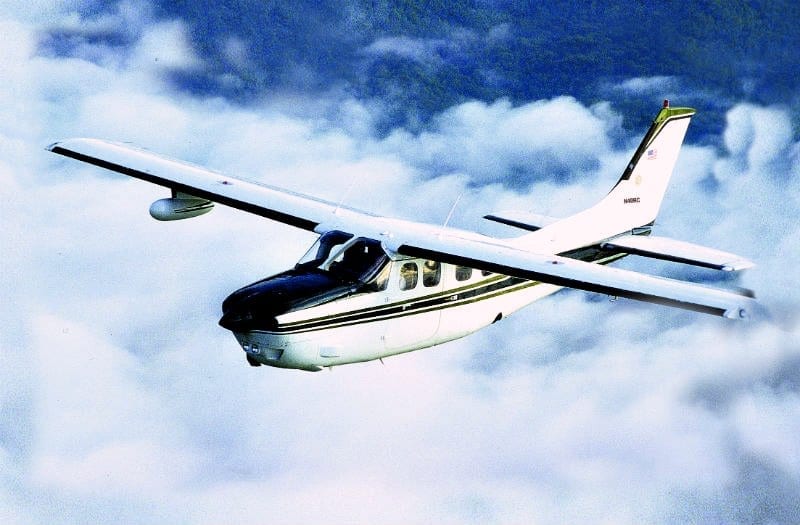 Those of us who are passionate about airplanes tend to love almost everything that flies. But most choose the airplane to hook to the old checkbook based on a balance between cost, capability and pride of ownership. To each pilot, the primary airplane chosen for flying has some appeal that tends to stand out.

Here, we want to get pilots to comment on what they like best about the primary airplane flown, whether owned, leased or rented. To illustrate what we have in mind, some of us are going to write a couple of paragraphs making the case for our favorite airplane. Any warts will also be mentioned. We hope you will join in and post a comment making the case for your airplane.

Richard Collins and the P210

Its name was N40RC and I flew it for 28 years and almost 9,000 hours. The airplane was supremely comfortable and perfectly adaptable to my missions. It would fly four hour trips with four and baggage or five and a half hour trips with three and baggage. The pressurization allowed a wide selection of cruising altitudes to take maximum advantage of winds and smooth air.

Nothing is perfect. The P210 flew like a truck and when it visited the shop it liked to stay for a while and spend as many dollars as possible. I could have flown a light twin for about the same money but I preferred the pressurized single and felt like I got more than my money’s worth out of 40RC.

My two brothers and I partner on my Dad’s old D55 Baron, which is now faithfully hauling the third generation of the Bedell clan. About 8 years ago, we upped the power from 285 hp to 300 hp per side after our previous Continental IO-520s powered the airplane for more than 25 years. For our needs, we couldn’t ask for more performance from an airplane. It’s a very rare airplane indeed, that you can fill the seats and the fuel tanks and have useful load to spare. It’s also rare to have the performance to haul that load out of a 2,500-foot strip of any surface, cruise at 200 knots for 3 hours, and relish in the comfort of having a second engine when flying at night, over the mountains, or across large bodies of water. As a bonus, the airplane handles beautifully making hand flying a pleasure.

Naturally, the performance comes at a cost—lots of gas. With fuel prices at $6 per gallon, we’re talking $180 per hour for fuel alone if you want to go 200 KTAS. These days, however, we typically run the Baron at 160-180 KTAS on about 20 gallons per hour for short trips. Longer trips, we’ll run it at 190 KTAS on about 25 gph lean of peak. The 55s tend toward an aft CG, so you must take care when loading a lot of people and bags. The C/D/E55 Barons have a larger nose baggage compartment than the smaller 55s to make it easier to balance. The aftmost seats are best for kids or one adult as it’s quite narrow back there. Since my Dad bought the Baron in 1971, it’s been the perfect airborne SUV for us.

John Zimmerman and the Cessna 182

Working at Sporty’s, I have the benefit of flying various types of airplanes, from a Cub to an Aztec. But when it comes to the best all-around option, nothing beats the Cessna 182, and that’s what I fly for trips most often. It’s a great combination of two other airplanes I love–the 172 and the 210. The 182 is simple and fun to fly, like the 172, so there’s no shame in flying out for the $100 hamburger and just enjoying the sights. It’s forgiving if you’ve been away for a few weeks and affordable to operate. But it’s no trainer. Like the 210, the 182 has the speed, comfort and climb ability to be a serious cross country airplane. It’s also a great IFR platform, stable and comfortable in turbulence. I’ve flown into the busiest Class B airports in solid IFR and the 182 plays with the big boys just fine. The model I fly has a Garmin G1000 glass cockpit, which takes a great airplane and makes it even better.

Like any airplane, the 182 is a compromise. It’s not really a 4-place airplane, so it won’t cut it for more than three adults. And the non-turbo model I fly struggles to get much above 12,000 feet, which is sometimes a limitation in the summertime. But it’s reliable–no pesky retractable gear to maintain–and almost any shop in the country can work on it if something does break. For me, the 182 strikes the perfect balance.

Now it’s your turn–make the case for your airplane. Add a comment below.