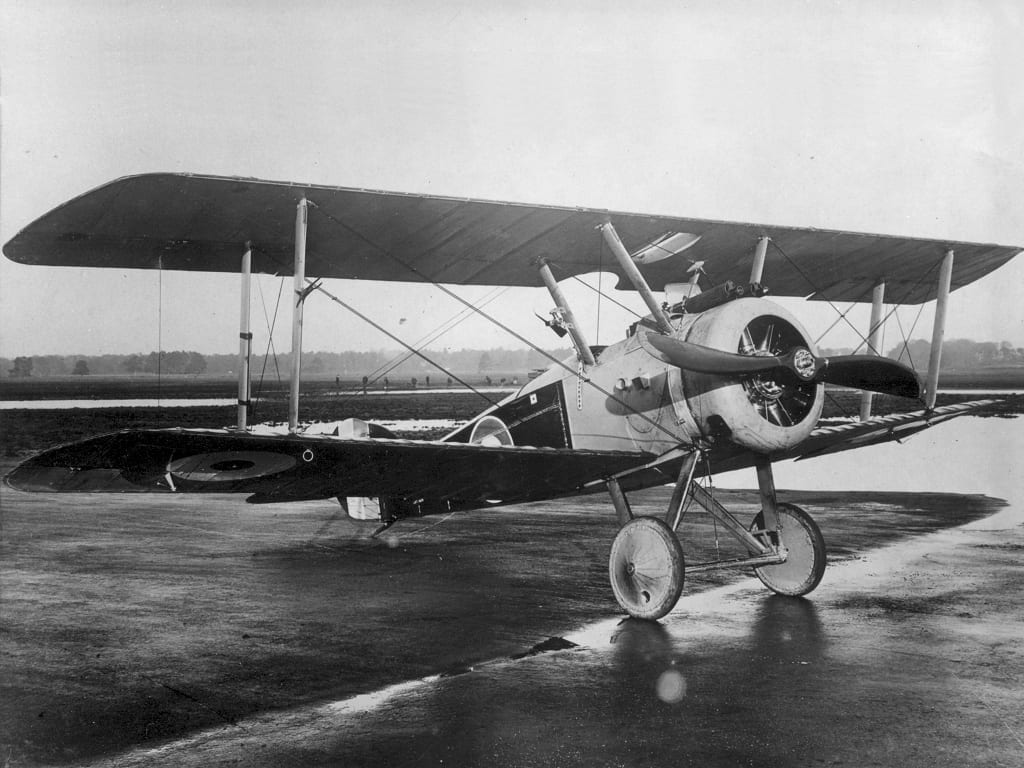 This article is taken from Phil Scott’s upcoming book “Then and Now: How Airplanes Got That Way,” due out in September from Sporty’s Pilot Shop. -Ed.

Power to the People

And a spoonful of gasoline for the croup

Birds did it. Bees did it. Even uneducated fleas did it. But every time a man strapped wings to his arms and stepped into the void, he simply ended up splattering himself. It felt as though winged creatures mocked mankind for mocking them.

Then one day in 1809 a man stood up and did what any wealthy guy does when he keeps losing a game: he changed the rules. Forget this arm-flapping business, said England’s Sir George Cayley. Sure, some day man will fly by the force of his own muscles; however, “[Though] a curious and interesting circumstance…[it] would be of little use….”

But he went on to say, “I feel perfectly confident that [flight] will soon be brought home to man’s general convenience, and that we shall be able to transport ourselves and families, and their goods and chattels, more securely by air than by water, and with a velocity of from 20 to 100 miles per hour. To produce this effect, it is only necessary to have a first mover, which will generate more power in a given time, in proportion to its weight, than the animal system of muscles.”

So, instead of flapping wings, Cayley recommended that they remain straight and firm, and that this “first mover,” or engine, should drive the “rotative motion of flyers,” which sounds awfully like a propeller. Good thing Sir George published his heretical views in an obscure engineering journal, else the other members of Parliament would have laughed him off his seat in the House of Lords.

In Cayley’s day, The Steam Age, the lightest of James Watts’ newest first mover, the steam engine, weighed literally tons for each horsepower it generated. Since no one had much success making a lighter steam engine, Cayley, in later years – 40 years later – contented himself by launching servants in “governable parachutes” that glided briefly from a hill lying on his estate.

But a Cayley contemporary, John Stringfellow, was working his little heart out to develop a lightweight aerial steam engine. In 1848 he managed to briefly loft a model with a 10-foot wingspan and propelled with a 6-pound steam engine. It was the first powered flight in history, because, even though the model ran along a guide-wire, witnesses swore it lifted the wire. Over the next two decades, Stringfellow worked feverishly to develop a steam engine that could run longer that a couple of minutes. See, the problem was the steam engine’s external combustion: the water, boiler, and condenser pushed the pounds-per-horsepower ratio above an aircraft’s takeoff weight. Aside from trying to make all the parts lighter, the only weight Stringfellow could sacrifice was fuel.

Across the Channel in France, the most serious and successful aeronauts powered their models with rubber bands. They could stay aloft as long as Stringfellow, and rubber bands weighed less, too. Still, it wasn’t sustained flight in either case.

But from across the French border in Germany, Nicholaus August Otto discovered that combustion worked better under pressure. He started work on an engine that burned a mixture of coal gas and air compressed by a piston. Unlike the steam engine, his engine burned the fuel mixture internally. Since it didn’t need to heat water into steam, Otto eliminated the water weight, along with the boiler and condenser. When Otto’s factory manager Gottlieb Daimler refined its ignition, it could spin faster than your average steam engine, too—some 2,000 revolutions per minute.

During the 1876 Philadelphia Centennial Exposition, Boston engineer George Brayton unveiled an engine that burned a distillate of “rock oil,” which many folks took a yummy spoonful a day to cure everything from snake bite to impotence. Brayton called this distillate “gasoline,” and within a decade 30,000 internal combustion gasoline engines had been built worldwide. That didn’t matter much to fliers all the way up to the ‘90s, who clung tenaciously to rubber bands, muscle-powered arm-flappers, compressed air and steam engines, but mostly the steam engines. For his Eole, Clement Ader built a 200-pound engine that developed 20 horsepower, and hurled the bat-shape flying machine 164 feet. Then the engine blew.

Hiram Maxim’s $45,000 Great Kite of War was powered by two 180-pound steam engines that weighed just one pound per horse. Its weight-loss program consisted of its hollow frame that doubled as the condenser, and though Maxim got it to race around a track he built on his grounds, it never flew. Intentionally. And finally, Samuel Langley’s Aerodrome No. 5 became the first heavier-than-air craft to achieve sustained flight—about 90 seconds before it ran out of steam.

This steaming heap of success didn’t mean a thing to the Wright brothers when they finally decided to get in the power game after astounding, record-setting flights in their controllable gliders. Without a moment’s hesitation, they went straight toward gasoline, calculating that their Flyer would fly if it had an engine that produced 8 or 9 horsepower and weighed 180 pounds. None of the automobile manufacturers carried anything that light, so the brothers built one, or rather Dayton local Charlie Taylor did. Taylor, who assisted the brothers and ran the Wright Bicycle Shop when they were away, was a crack machinist.

Working from their sketches, it took Taylor just four weeks to hew a water-cooled, four-cylinder engine from solid metal. To save weight it had no carburetor (gas dripped down a tube inside the manifold, the heat from which turned it into vapor) and it had no spark plugs (ignition occurred with contact points inside each of the four combustion chambers). The completed engine beat their requirements: it weighed 170 pounds and produced 12 horsepower fairly consistently, which was good enough to sustain the Wright Flyer for up to 59 seconds on what turned out to be the first day of the Air Age.

At the time rumors about it reached the French, they led the world in lightweight engines, especially the 24- and 50- horse V-8 Antoinettes that weighed as little as 78 pounds. Developed initially as boat engines, they powered the first French and British machines into the air. Though unreliable—Herbert Latham’s left him floating in the English Channel—Louis Bleriot’s took him all the way across to England. They were growing faster, stronger, better.

The Sopwith Camel was powered by the Gnome rotary engine.

The first air show, in 1909 Reims, France, saw the debut of the new Gnome rotary engine. Engagingly simple, the Gnome crankshaft remained bolted to the fuselage while its seven-cylinder block spun the propeller. The torque was intense, growing worse as the horsepower ratings climbed—but that only made it turn faster in a dogfight. It gained such popularity that it was used in all the best fighters on all sides, from the German Fokker E.1 to Britain’s Sopwith Camel. A pretty sweet deal for the Gnome company.

To maximize cooling, all contemporary engines had minimal tolerances and were lubricated with ultralight castor oil to save weight. The heat vaporized it and the pilots inhaled it, and after a couple of hours on dawn patrol the pilots were covered in it and badly needed to expel it.

Of course engine efficiency continued to climb along with their market, so tolerances were better perfected—along with cooling, which killed the rotary. Then on August 27, 1939, just days before Germany invaded Poland, a group of German engineers gathered at dawn on the Heinkel company airfield to observe flight of a new kind of gasoline-powered engine.

“I made a prayer,” said engine inventor Hans von Ohain. “I wanted that the pilot came safely down. He started up at 6 o’clock when the sun was already up, and it was a beautiful blue sky. They told me that the pilot would land after five minutes… I saw the flight from the ground, and it was wonderful. Later the pilot told me he was sweating, but it had no vibration and no torque like a propeller engine. Everything was smooth and he felt wonderful.” It was the world’s first turbojet. On the eve of total global warfare, the Jet Age had begun.

Leaving a legacy that changes lives