Blog - Latest News
You are here: Home1 / Article Archive2 / I was there3 / Being sick never felt so good—a whimsical tale of a Viking owner

I’m a sick man. Yup… infirm, afflicted. Infected with an illness for which there is no cure. It’s an addiction, really. I love airplanes. I’d rather be flying than doing most other things, I suppose. There, I said it. Always been that way; don’t know why.

A 20 year Air Force career was followed by 22 years of commercial flying, after which I was tossed to the ash heap of old airline pilots in 2018.

About 18 years ago, I decided to get back into general aviation. I had to relearn nearly everything and wisely joined a local club (briefly) for a checkout. Purchasing our 1974 Bellanca Turbo Viking was a seminal event. Coincidentally, my “condition,” thus far dormant, emerged. My loving and understanding wife of 45 years, who knows me better than I know myself, cleverly noticed I would fly for several days at work, only to return home eager to fly more… in our little airplane. She feared an “intervention” might prove necessary, and from her lips I first heard those words, “You are a sick man, Krikorian!”

She was right, of course, but it was an epiphany for me. As though smacked upside the head, I realized I am more than a pilot; more than someone who makes a living operating aircraft. All things aeronautical are part of my DNA. As a kid, I used to fly my fork at the dinner table and plan cross-countries by laying charts out on my bed. I am an aviator! Ordained in the cosmos and possessing the sickness for which there is no cure, I am either cursed or blessed with this wonderful malady which defines my being and from which there is no escape. Perhaps you, reader, are also an aviator. 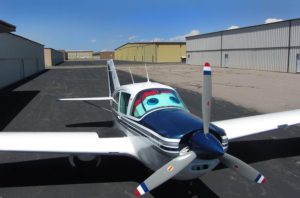 When you name your airplane, you know you’re sick with the aviation disease.

Maintaining our aircraft, while painfully expensive at times, is part of the journey. Mrs. Krikorian noticed this fact in short order, and one day mentioned, with every intended sarcasm, “Whatever Precious wants, Precious gets!” Henceforth, our Viking has been affectionately addressed as “Precious.” These positives and negatives are the practical side of ownership. An aviator’s affliction flares up in earnest when the engine starts.

Now, to bathe in the nirvana which follows, music is recommended. Suggested composition for the moment is
“Corral Nocturne” by Aaron Copland.

As I open the hangar, sunlight, with razor sharp precision, slices the darkness inside, creeping slowly, illuminating first a sliver of gray painted floor baring evidence of vague tire tracks and oil, then slowly revealing more and more of a beautiful flying machine. The expanding light eventually identifies the structure as a Bellanca Viking, and I imagine I am shaking hands with the man some historians regard as the most influential designer of aviation’s first 100 years: Giuseppe Mario Bellanca. We call him G.M. All his friends did, and do. He was a genius in every sense of the word. His remarkable, early achievements predate Bill Piper, Clyde Cessna, and others. After immigrating from Sicily to Brooklyn and having survived the launch flight of one his own designs, with himself in the wicker seat, Bellanca promptly opened a flight school. One of G.M’s first students was Fiorello La Guardia.

I am taken aback by the realization I am an airplane owner. What a privilege. This wonderful bird is mine! I feel this specimen of painstaking craftsmanship is entrusted to me from those who built it as well as the previous owners who loved and cared for this aircraft. They improved it and nursed it back to health after an emergency landing in Carson, Nevada, in the early 80s damaged the landing gear. They refurbished the interior and exterior and overhauled the engine. Now we have the reins and have updated the avionics, including ADS-B compliance. Someday, we will pass the torch to another owner. Not just any buyer will do. I hope to find someone with the sickness.

“Stand clear!” After just a few blades, Viking 41’s Lycoming quickly rumbles to life. The deep, throaty, choreographed grunts and clanks of a cold start soon give way to a smoother rhythm… and it talks to me. After its awakening yawn, the six-cylinder heart of my plane, says, “Oh, yeah… I’m back in business!” Donning my headset, the noisy world around me quiets, and an emotional, therapeutic catharsis begins. (Yes, it’s a noise-canceling headset. Just go with me here, alright?!)

I advance the throttle for takeoff and Mr. Lycoming does his best work. But it’s warm and my home field lives at an elevation of 5500 feet. The density altitude today is 8000 feet. Like Scotty from Star Trek: “But Captain! She’s giving all she’s got!!” So it is. I can help, Scotty. The twin Rajay turbos begin to spin upon manual activation. I feel the added acceleration. Manifold pressure is barely set, but Precious is eager and doesn’t want to wait for me. However, I’m in charge. I am always in charge (hopefully). A tug on the yoke and the Viking exclaims, “Whoa, baby! We are outta here!” The Bellanca takes a smug glance at the other machines occupying the ramp below. “I’m flyin’ and you’re not!” it thinks. We’re working on some attitude issues. 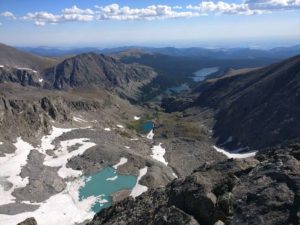 Only a light airplane can deliver views like this.

Cleaned up and throttled way back, we trot below Denver’s Class B, just barely 1000 feet AGL, headed west. Buckley AFB clears us through as we make our way westbound. The Viking, like a dog anxious for a treat, is excited and struggles to contain itself at just 20 inches. It doesn’t have long to wait. I’m on a photo mission over the Rockies. It’s remarkably smooth this afternoon, unusual for Colorado. The Bellanca B airfoil, the same wing G.M. designed and debuted at the Chicago Air Show in 1937, is in its element. At 120 mph IAS and turbos cookin’, we are climbing at a solid 800 feet per minute all the way to 12,500. No need for higher since it’s smooth and very light winds are whispering across the ridge line south of North Arapahoe Peak. Still, the rocks just look close. A few hundred feet more, please.

The nearly perfect control harmony of the Viking still, after 17 years of ownership, captures my consciousness. It is nimble, immediately responsive, and cries out to dance the skies in ways not authorized by the Normal category type certificate. Discipline is required. The strong wood wing with long-span, push-rod ailerons can roll my ride in excess of 90 degrees per second. Don’t ask me how I know that.

Spying something below, I cross-control Precious to take a peek. Releasing the rudder, the large shark-fin vertical stabilizer returns her to straight-ahead-stable with barely a noticeable yaw overshoot. We are now on station amidst the majestic sentinels of the front range of the Rocky Mountains.

Suggested music: “Fanfare for the Common Man,” also by Copland.

For my purposes in the Viking, autopilot is a good assistant for my photo runs. Another pass… I want tight turns to get back into position without wasting time. Glancing in, airspeed is holding nicely where I want it, about 110 or 120. Autopilot off, I touch the yoke, but Precious says, “I’ve got this, Steve-o!” Just “think” 60 degrees of bank and you’re there, whipping around a level turn like nobody’s business. As if riding rails… smooth, stable, less than 15 mph bleeds off as the plane pirouettes on a wingtip like a confident ballerina. Speed recovers quickly with a little assistance.

Sometimes the turn is so tight, our new Avidyne 540 gets confused for a moment. This 68 year-old aviator likes it when a $17,000 piece of smart-ass, do-it-all avionics can’t keep up! We’re yankin’ and bankin’ at 12,000 feet and reduced airspeed, mind you. It’s poetry in motion, my friends… pure poetry! Mrs. Krikorian doesn’t appreciate this type of poetry and will express her displeasure, if aboard. I am never happier than when she is beside me in-flight.

Mission complete, I head for home. When it’s bumpy, managing the descent can be troublesome. The airplane picks up a lot of speed with just a slight rate of descent. I am rather deliberate with the throttle, but eventually, power must be significantly reduced to descend and keep the needle closer to maneuvering speed. Slower is better to minimize turbulence induced stresses. Today, however… oh yeah, we’re smokin’ at the yellow arc, crossing the ground circa 200 mph. I return to base the same way I left: right across downtown Denver and below the Class B. South of Colfax Avenue, hang a left at Watkins and Precious is in the pattern. I can sense that cocky attitude from her again (sigh)… honestly! 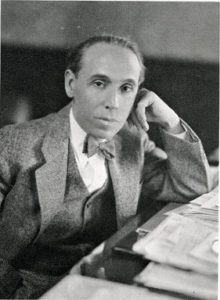 I used to describe the Viking’s characteristics to fellow Airbus A330 pilots some years ago by saying, “The Viking flies just like a 330 (I now have their attention). It’s a wonderfully stable IFR platform with very light, beautiful control harmony, and it runs out of elevator authority shortly after touchdown!” In the 330, if you’re not proactive at lowering the nose, you quickly find yourself just along for the ride. A propeller airplane has a solution. Carry a little RPM to blow extra wind over the elevator. It allows more control to keep the nose up longer, center the rudder pedals, and gently lower weight onto the nose gear.

I accomplish a post flight inspection and vent the engine case via an open dipstick every flight, usually followed by a wipe down and a little TLC. The open hangar is a big invitation for others. A pilot may drop by for a chat. Love the airport crowd. I thank them for the nice compliments they bestow upon Precious, and shortly, will lower the hangar door.

Before I leave, Precious and I have a little talk about attitude and getting along with others. Doesn’t seem to do any good. Turning the lock on the hangar door, I start to step out, when I sense it. Precious reminds me, “You’re a sick man, Krikorian.” I grin, offer an approving head nod, then shut the door. Steve Krikorian
Steve learned to fly at age 16 and graduated from the United States Air Force Academy in 1976. He spent 20 years in the Air Force (10 years active duty; 10 years full time with the Colorado ANG) flying mostly fighters like the F-4, A-37, and A-7. He then spent 22 years at Northwest/Delta Airlines flying the Airbus 320 & 330. He retired as a captain on the MD-90, and has now been a Bellanca owner for 17 years.

A severe, multi-day case of “get-there-itis”

Friday Photo: Virga over the Adirondacks
Scroll to top