Blog - Latest News
You are here: Home1 / Article Archive2 / I was there3 / Open ocean, no instruments 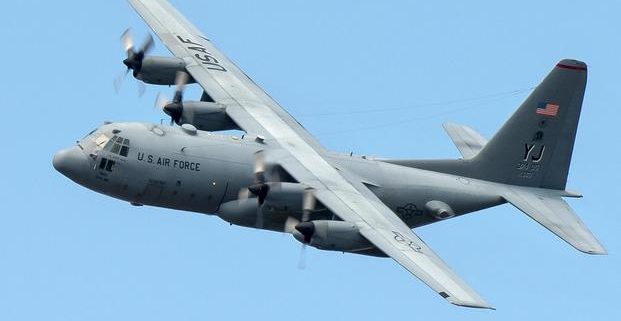 Now retired from a 40-year Silicon Valley R & D career, I’m an early aviation historian who researches and writes about forgotten stories of early aviation, mostly before World War I.

My life is littered with flight museum visits, airplane crawl-throughs, and flights on what some may find an odd assortment of aircraft. From NASA’s 747 SOFIA, to a British Airways Concorde, Boeing piston and jets from 707s to current models, Douglas and Boeing air freighters, and of course—the Spruce Goose at Oregon’s Evergreen Aviation and Space Museum.

I haven’t listed all of the early aeroplanes and replicas I’ve seen and touched, but I have “flown” the Wright simulator at the Hiller Aviation Museum in San Carlos, California, and I’ve viewed the Embry-Riddle computer-connected Wright simulator at Daytona Beach.

My non-commercial flights have included military travel on a weary Curtiss C-46 from Fort Jackson, South Carolina, to Fort Bliss in El Paso, Texas, point-to-point hops on a bare-bones DC-3, an overwater flight in a stripped down SNB Twin Beech, and in various Boeings, DC-4 and DC-6s. 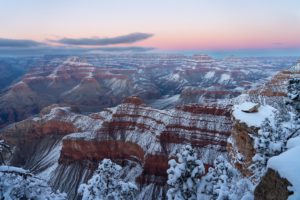 Snow on the Grand Canyon? Always worth a detour.

Another flight stirs in my memory. My dad was a propellor mechanic at Patrick AFB, Cape Canaveral. At the end of my leave, he wangled me a seat on NASA’s VIP airline, the lux DC-6s that connected contractors and the military across the US.

As a Spec/5 in full uniform, I enjoyed a quiet hoot sitting alongside a covey of admirals, generals, and colonels. Other passengers included civilian program managers, engineers, and a courier with his tightly held briefcase. Courier duty—something about which I would later learn.

That trip’s memorable highlight came when the squawk-box clicked on and the pilot asked if anyone objected to a short detour before they landed at Biggs AFB, El Paso. It had snowed in the southwest the day before. This day’s weather? Brilliantly clear. Visibility at altitude was easily more than 100 miles. The pilot flew the full length of the snow splashed Grand Canyon at about 800 feet.

My first flight? A 1948 trip to Havana aboard a National Airlines DC-6. My second flight? In July 1955 a DC-6 took me to California to compete for a US Navy scholarship exam held at the University of California, Berkeley. The prizes: 50 awards for two years undergraduate completion and a master’s degree. I finished in the top 10 percent. Unfortunately, nearly 5,000 people nationwide took the eight-hour, day-long exam.

Early in my professional career, and as the only non-engineer, non-techie member of a classified Quick Reaction Capability (QRC) “Tiger Team,” courier duty became one of my assignments.

In a time before digital payments transfer, the DoD dispersed payments to a central location. For California, Los Angeles Air Force Station provided the service. I became a fiduciary for the Electronics Defense Laboratories in Mountain View, flying commercial from San Francisco to LA on a regular basis, and sometimes signed for checks as high as several millions of dollars.

Our QRC group also occasionally delivered classified black boxes to the covert side of LA AFS. For these flights, I flew “fruits & vegetables,” i.e. a bolted-in seat just in front of an insulated curtain that separated the refrigerated cargo area from my seat.

On one of these trips, in a stretched DC-8, the pilot took pity and let me sit in the unoccupied second navigator’s seat in the main cabin. Over Santa Barbara at about 30,000 feet, we began the descent into Los Angeles. The pilot-in-command announced, “we’re on visual now.” He turned and pointed at me, “you too.”

“We have radar and plenty of sensors, but from here on, we also look.” That’s when I learned to never take an LA flight for granted and to trust air traffic controllers. I looked right and left, up and down, and at angles. Everywhere I watched, I saw airplanes: close-in and far, big and small. Los Angeles, one of the busiest air corridors in the world.

From my first flight in 1948 to my last pre-pandemic flight in 2019, I’ve always trusted the folks up front to get me from Point A to Point B, but one long courier trip on a C-130H did give me pause. I escorted several racks of intelligence equipment from NAS Moffett Field, Mountain View, to Munich via Cape Canaveral AFS and Andrews AFB near Washington, DC.

The 4200-mile flight from USAF Andrews AFB to Luftwaffe Neubiberg Air Base started uneventfully, sky clear, weather across the Atlantic fairly calm. For the first few hours I slept under layers of blankets in the unheated cargo hold, on a fold-down cot hanging from the airframe. The engines’ drone kept me sedated.

At 20,000 feet I needed an oxygen mask. Fortunately, it had a long hose. The crew made sure I was safe. During one check I awoke. The captain invited me to sit in the cabin. No brainer: unheated and unpressurized cargo hold versus pressurized and heated cabin. 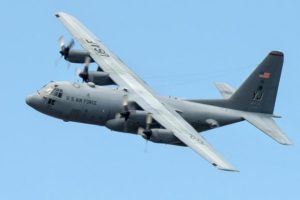 A C-130H isn’t the most comfortable way to fly to Europe, but it is rugged.

Somewhere near the Rubicon, cabin lights flickered, then were gone. Still enough sun to see. I looked at the instrument panel: a few needles held steady, the rest at nadir. No panic. Checklist point by point: flaps—good; rudder control—good; power—none; communication—none; navigation & RDF—none; radar—gone. The airplane had control but we were flying blind—with no contact.

The pilot turned to the navigator, “I guess it’s old school.” The navigator nodded, opened a compartment, took out a wooden box and lifted its lid. At the same time, the pilot throttled down the engines and airspeed dropped below 200 mph.

The navigator peered at a map he had opened. “Which way, Captain? My last check showed near Point of No Return (PNR).”

The navigator stood up, lifted a brass sextant from the box and stepped behind the captain’s seat. He adjusted the sextant’s index bar and checked the micrometer. Then he opened a hatch, let it swing down, and began to “shoot the sun.”

I knew a little about celestial navigation from a Coast Guard training course I had taken in San Francisco. However, guiding a 25-foot sailboat across San Francisco Bay didn’t make a patch on navigating a 76,000-pound cargo aircraft over open ocean, looking for a pin-prick on the horizon.

Nervous, yes. Concerned, yes. Panic, no. I watched as the navigator used a 19th century device and took several readings. Then he stepped down, closed the hatch, sat and began to draw lines on a map.

The sun was behind us, and with no compass or RDF, headings had to be guesstimated based on navigator and pilot estimates of the sun’s angle and shadows across the wings. Professionals doing what they had been trained to do, even if “old school.”

Two hours later we rolled to a stop in front of a Lajes Field hangar. That night we dined on the biggest lobster I had ever seen. And that same night I slept the sleep of a healthy newborn. Lajes Field had little air traffic. Nothing disturbed our slumber.

Postscript: The Hercules required major surgery. It took five days to repair, including technicians and new equipment flown from the mainland.

A 24-hour-day cargo guard had been posted so I didn’t have to stay with the airplane, as I had to do overnight at Andrews AFB. The pilot and co-pilot had to remain at Lajes Field, but the three other aircrew and myself had a four-day vacation.

We had met two English teachers from the island’s high school. They had a VW convertible and we toured the island. Not that there was much to see, mostly picturesque farms. However, the old city of Angra, founded 1478, and its cathedral impressed us all.

Bill Shakespeare said it best, “All’s well that ends well.” We flew to Luftwaffe Neubiberg Air Base. I met the crew from US Army Security Agency Field Station, Bad Aibling, Bavaria, and saw my responsibilities transferred to their engineers. After I reported to the ASA site manager, I rented a sports car and set off on a mini-tour of southern Bavaria, and a visit to the ancient Austrian river city, Salzburg.

My journey home had a moment as well. In the 1960s, passports provide a traveler’s ticket for entry and exit from each country they visited. Customs officials inspected your document, then used an inked rubber or carved wood stamp to mark their seal of approval. 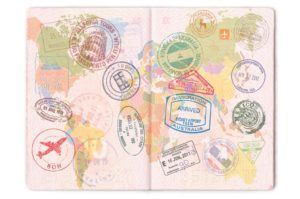 A passport should be filled with stamps like this.

Each mark told its own mini-story: large or small, red, blue, or black ink, and on occasion, brown or purple. Geometry stood tall in all its glory, except for maybe parallelograms. Squares, rectangles, and circles abounded.

So why did I have a moment when I landed at London’s Heathrow Airport? Just before I left California, I received my new, unblemished, unmarked US passport. It stayed in my luggage until I left Germany for the United Kingdom and a plane and airline change on my way home.

I deplaned, walked to the Heathrow Customs counter inside the terminal, and handed my passport to one of the officers. He casually looked through it, then stiffened and began to make an inordinately careful inspection, holding each leaf up to a light, turning the passport one way then another. He didn’t say a word.

I couldn’t understand why he made such a careful examination, but I became more irritated than paranoid. Then I suddenly realized why: a US citizen who had traveled aboard a Lufthansa jetliner from Munich, Germany, to the United Kingdom, had handed him a pristine, unstamped, US passport.

Finally, he returned my passport, and with an intent stare asked, “Are there questions I should ask?”

I replied, with an equally serious stare, “Probably not.” He gave me my passport and pointed me to the exit corridor.

(The people who had planned my travel thought of everything. Should I be detained upon my UK entry, I had been given a Ministry of Defence contact telephone number at a particular department.) Roy Mize
Roy Mize is an early aviation historian whose passion is forgotten stories of the early days of flying. Although he had a 40-year stint in technology rich Silicon Valley, he isn’t a technologist. With three business degrees, Roy carved out a unique profession, a non-technical specialist in the world of research and development. Roy has taught continuing education classes for several universities including UC Santa Cruz, UCLA, and Sonoma State University near Santa Rosa. His research led to more than 50 forgotten stories of aviation that in turn led to writing more than 20 monographs and four biographies.

Flying a DC-6 to the edge of Alaska