Blog - Latest News
You are here: Home1 / Article Archive2 / I was there3 / Words to live by, learned from a master 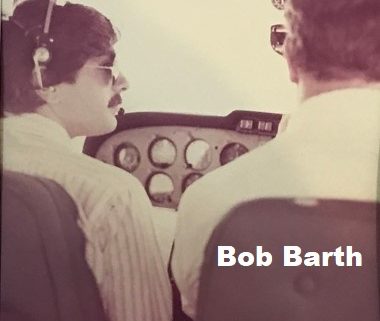 My greatest aviation mentor was Bob Barth. Bob owned a successful industrial business just minutes away from Farmingdale-Republic Airport (FRG) on Long Island, east of New York City. Despite being one of the smartest and most successful people I ever knew, Bob was soft-spoken and humble. One time, when we were at his plant, we went out to the food truck. A man who worked at an adjacent business asked Bob, “Are you the foreman?” Bob’s response was, “Sort of.”

Bob also owned a Cessna P210 Centurion. We both loved instrument flying, so invariably, when the weather was IMC one of our phones would ring. “You want to go flying?” If the weather was beyond what we deemed safe, we sat in his plant and played chess. I only beat him once. Looking back, he probably let me win. 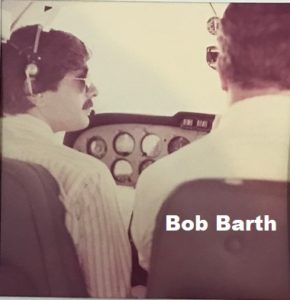 Although Bob was not a CFI, he spent many hours of his own time sitting in the right seat giving me the best instruction I ever received. He never charged me a dime. Well, that is not completely accurate. When I was preparing for my Instrument Rating, Bob told me to bring a roll of dimes.

It was just a game to give me incentives, but he knew it would bug me to no end to hand him a dime. I surrendered a few dimes, but not many.

Once Bob felt that I was ready to pass an instrument check ride, he turned me over to a CFII to get my minimum required dual. The CFII of choice was Captain James, whose real name was Howard James, but everybody only addressed him as Captain James. He was a long-retired Eastern Airlines captain in his late 80s who had retired flying the Boeing 720. At first, I was wary of Bob’s choice. Captain James was tall, but very frail. He walked very slowly and did not seem to see very well. Also, he had one lung removed, so he would periodically have to stop and catch his breath.

But the captain loved to fly more than anyone I ever knew. When he hopped into the airplane, there was a remarkable transformation. It was as if he magically turned 20 years younger. He was sharp, alert, and full of energy. The airplane was putty in his hands. Also, having started his flying career as a barnstormer, then flying DC-3s and Constellations for the airlines, he had an endless supply of stories. Captain James would be my instructor for my CFII ticket as well. When I went to his home to get my sign-off for the CFII ride, he pulled out two big bags of photos. We spent hours reviewing his fantastic aviation history.

Having been trained by Bob and Captain James, my instrument ride went off without a hitch. I wanted to thank Bob for all the great training, so I found the nicest leather travel bag I could find. Then I invited Bob to fly with me in a Cessna 210 to his favorite restaurant, Mildred’s Chowder House in Hyannis (HYA), where I would give Bob his gift. While the flight to Hyannis was often in IMC, it was relatively smooth and uneventful. 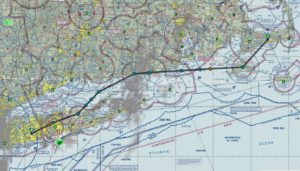 Now for the real checkride.

However, weather continued to deteriorate, and the return trip was more challenging. As we headed west in IMC towards Long Island, we were being vectored between two embedded cells. ATC indicated that one cell was ten miles south of us, while the other was ten miles to the north. We were getting bounced around in rain and continuous moderate turbulence. The radio continuously crackled each time a lightning bolt would go off nearby. Between the sound of rain on the windshield and the crackling radio, it was difficult to hear ATC.

Of course, I was a brand-new instrument pilot, and Bob could see that I was quite nervous. In his soft-spoken voice, Bob calmly said, “Just keep flying the airplane.” The rough ride continued for another ten minutes, then we broke out of the clouds and the welcome sight of Long Island lay ahead. I gave the biggest sigh of relief of my life.

Recently, I was flying a commercial flight into Reno. During the descent, the ride was rough as we picked up moderate rime ice. Moderate turbulence, windshear, and large airspeed fluctuations were reported on final. As has happened many times since that flight from Hyannis, I could hear Bob’s words to live by: “Just keep flying the airplane.” Gary Schank
Gary Schank is a recently retired Boeing 737 captain with Delta Airlines. For over 29 years, he has flown Boeing, McDonnell-Douglas, and Airbus airliners all over the world. Type ratings: Boeing 737, Airbus A-330, DC-9, EMB-145, CE-500, SA-227. Captain Schank was an instructor and line check airman for the airlines and is also a Certified Flight Instructor (CFII-MEI), a FAAsteam Representative, an owner of a Bonanza A-36, a member of Flying Musicians Association, and is a practicing attorney.