What’s the most overlooked and misunderstood part of IFR flying? I nominate the obstacle departure procedure (ODP). While almost any instrument pilot can recite trivia like holding pattern entries or VOR test requirements—important but relatively rare procedures—many are quite shaky on ODPs. That’s a shame, because ignorance of this procedure can be fatal.

A recent Bonanza crash is a sobering example. The instrument-rated pilot landed in the mountains of North Carolina as the sun was setting. After taking on fuel he filed an IFR flight plan and departed, but flew into a mountain just minutes after takeoff, killing himself and his passenger. As always, there are lots of important details here (the pilot had only owned the airplane for four months and the gear may have been left down on climb, raising questions about proficiency), but the key facts are not in doubt. This was a classic Controlled Flight Into Terrain accident. 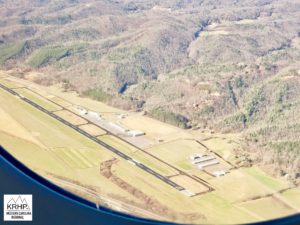 Not an airport where pilots can simply fly direct after takeoff.

From the preliminary NTSB report:

“Takeoff minimums and obstacle departure procedures for RHP (an uncontrolled airport) required pilots to remain within 3 nautical miles of the airport while climbing in visual conditions to cross the airport westbound at or above 4,900 ft mean sea level (msl). Then climb to 7,000 ft on a heading of 251° to the Harris (HRS) VORTAC 356° radial to HRS before proceeding on course. The procedure is not authorized at night.

Review of preliminary FAA Automatic Dependent Surveillance – Broadcast (ADS-B) data indicated that the pilot departed runway 8 and made a slight left turn toward the northeast. The last recorded data point showed the airplane about 3,750 ft, in a 656 ft-per-minute climb at 98 knots, on a course of 042°. The last ADS-B data point was located about 500 ft laterally from the initial impact with pine trees at an approximate elevation of 3,950 ft.

Clearly the Bonanza pilot did not follow the ODP, not even a little bit, yet the weather conditions definitely required some type of initial route other than direct—it is quite unlikely he could have climbed in visual conditions to 4900 feet as noted. Did he not know about the ODP or did he simply ignore it? We’ll never know, but both are plausible answers.

Flying an airplane under instrument flight rules is a privilege, and with that comes the responsibility to understand each part of the flight, with its accompanying rules and requirements—something the Bonanza pilot did not do. But the list of rules and requirements can be long and intimidating, from alternate airport criteria to fuel requirements to reporting points, and instrument departures don’t get the attention they deserve. As the FAA’s Instrument Procedures Handbook states, the burden is on the pilot in command:

“It is the pilot’s responsibility to determine if there is an ODP published for that airport. If a Part 91 pilot is not given a clearance containing an ODP, SID, or radar vectors and an ODP exists, compliance with such a procedure is the pilot’s choice.”

This leaves ODPs in a gray area. Following the procedure is definitely a good idea at night or in marginal weather conditions, but you don’t have to fly it and you won’t be cleared for it. There are very few areas where the FAA gives pilots so much latitude. Compared to the rigid world of instrument approaches—fly to this waypoint at this altitude, then descend only along this course—departures are almost shockingly relaxed. Essentially Air Traffic Control is saying, “do whatever you want until you climb into radar contact… and try not to hit anything.”

ODPs are so overlooked in part because they are for the convenience of the pilot, not ATC. That is the exact opposite of Standard Instrument Departures (SIDs), which exist to help ATC move high performance airplanes into the en route system. SIDs serve busy airports and are used by airlines on almost every flight, so they are charted and part of a clearance; ODPs serve smaller airports, so they are typically not charted and rarely heard on the radio. That doesn’t make them any less important.

So while the blame ultimately lies with the pilot in the accident above, there is no reason why ODPs should be so mysterious. If we are serious about making flying safer and more available to the public, we have to do more than just tut-tut about “pilots these days…” or say “he should have known better.”

An important first step would be to make ODPs more visible, so pilots are forced to consider them as a part of preflight planning. This could take many forms, like moving the textual descriptions from the front of FAA approach plate books, where they are easily skipped, to a page next to each airport’s other instrument procedures. A more logical flow to the charts—airport diagram, departure procedures, arrivals, approaches—would encourage good habits. Approach charts and airport diagrams could also have a bigger warning about any ODPs that exist, instead of the tiny symbol. Jeppesen charts are a little better organized in this respect; FAA charts need to close the gap. 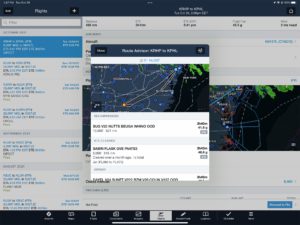 In the app world, the options are even more attractive. ForeFlight recently added a small mountain symbol to alert pilots when high terrain is within 10 miles of an airport, a helpful addition but one that’s easy to miss. When planning a route on the Maps or Flights page, where most pilots spend their time, there is no suggestion that an ODP exists. The one-touch Procedure or Route options are tremendously helpful tools, but if you plan a flight from a mountain airport you won’t see any recommended routes that include a circling climb. A proactive suggestions would be a major improvement.

Perhaps the best change would be to add graphical depictions of ODPs whenever possible, like the charts available for traditional SIDs. Charted ODPs exist, and are growing as new RNAV ODPs are created, but they are still relatively rare. This limitation may have made sense in the days of paper charts and limited pages per book, but in 2021 such concerns are much less important. Even if the FAA does not publish formal charts for ODPs, apps could show suggested flight paths. For example, ForeFlight can draw a traffic pattern entry; it would be just as helpful to draw ODPs.

Controllers could also help, by adding ODPs to the clearances they read. Even a simple reminder that such a procedure exists might have prevented that Bonanza pilot from turning on course too soon (“check ODP”).

You might think it foolish to hope for the FAA to change ATC procedures, but there is plenty of precedent. After famed test pilot Scott Crossfield flew his Cessna 210 into a thunderstorm and crashed, ATC updated its procedure and now tells pilots about all convective weather ahead. Most of the time the pilot knows very well about thunderstorms along their route of flight, but it doesn’t hurt to confirm. “Trust but verify” is the unofficial motto of the pilot-controller relationship.

An even more significant change affected ground operations. Over the last two decades the FAA has pushed hard to reduce runway incursions, and one key initiative involved how taxi clearances are issued by ground controllers.

Consider how much clearer the instructions are now:

Obviously not every airport has an obstacle departure procedure—only if a close-in obstacle is present would one be created, and then only if the airport has an instrument approach—but the airports with ODPs are precisely the ones where pilots can get into trouble. It’s time to promote ODPs into the big leagues, along with SIDs, STARs, and approaches.