Blog - Latest News
You are here: Home1 / Article Archive2 / I was there3 / When hypoxia becomes real

As a late blooming, somewhat studious private pilot who earned his certificate at age 75, I certainly learned, knew, and could recite the Federal Aviation Regulations that relate to the use of oxygen while flying at altitude in an unpressurized aircraft—no doubt. I did not really understand, much less comprehend, however, just how dangerous a situation a pilot can find himself in when actually experiencing real hypoxia until a recent cross-country flight from Oregon to Wyoming to visit my grandson at his summer construction job.

While flight planning, I chose a route of flight that would take me across the states of Oregon and Idaho on Victor airways 500 and 4 that would lead to a fuel stop at Rock Springs, Wyoming (RKS), and leave a short leg up to Casper (CPR), our final destination. I determined an eastbound altitude of 11,500 ft. would provide sufficient vertical clearances from terrain and reasoned 12,500 ft. on the way home would provide some extra cushion along our sometimes-mountainous VFR route on the same airways. 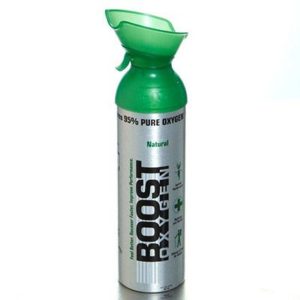 Disposable oxygen bottles can help, but only if you have enough—and only if you use them.

The thought of 12,500 ft. prompted me to pick up a few cans of supplemental pure oxygen just in case it was needed on the way back, as the 12,500 ft. altitude kind of triggers the use of supplemental oxygen—so I thought. Little did I know what could happen to me in such a situation.

After getting airborne, heading eastbound and crossing the Cascade Mountain range on what started out to be a beautiful Saturday morning, I noticed what I felt was a little dizziness and a slightly uncomfortable feeling within the first few hours of a five-hour leg. Smoke from forest fires also shielded a good view of the ground, making what started out as a fun flight fade into uneasiness as we flew along. I decided to try breathing a little oxygen en route, even though in my mind I was thinking we weren’t anywhere near where we needed that stuff yet.

I was somewhat muted as a pilot and felt OK, but when crossing over Bear Lake near the Idaho-Utah border, my son, who was with me as a passenger, became extremely quiet. Upon rousing him a little, it became very clear that he was about to pass out. Although I thought his symptoms could be diet related, I got him going on gasps of oxygen as well to see if it helped. I noticed his fingertips were turning a little white in color. I offered to make a landing at Kemmerer (EMM), a place I had picked as an alternate fuel stop, but was relieved when he said no and would try to make it the 70 miles we had remaining into Rock Springs.

Thank God for his Army Ranger training. Honestly, I was a little relieved as by this time I did not feel all that sharp as an aviator and preferred to follow my original plan as I was familiar with it, rather than lose altitude quickly to get on the ground and see just how we felt.

After a little extended break at RKS, we headed northeast to Casper, again flying at 11,500 ft. Some fairly strong updrafts and downdrafts prompted me to turn off the autopilot and fly manually to maintain course and altitude and it was in doing this I noticed I could just not quite make corrections quick enough to be doing a good job with it—but I really didn’t know just why I was having so much trouble.

Once we got on the ground, all was forgotten so we could enjoy a quick visit, which did include some golf as well as a discussion of the fact that we may need a lot more oxygen on the way back as we would be flying 1,000 feet higher going west. When we stopped at the sporting goods store to buy a case of oxygen canisters after golf, the checkout person said we must have had a tough day on the golf course if we needed that much oxygen after it was over. Funny but true in our case.

On a grand departure westbound out of Casper, we climbed to 12,500 ft. and were enjoying finding mines and power plants when that dizzy, unbalanced feeling took over again within the first 100 miles. We started breathing with a lot more supplemental oxygen pretty much from reaching altitude but the feelings of being mentally distracted and somewhat out of it got worse. Over Bear Lake once again, but this time with a long way to go, I struggled with the decision and implementation but did descend down to 10,500 ft. to see if we could shake that sort of paralyzed, incapacitated feeling, but it didn’t get much better.

When we got near Boise, ATC diverted us for traffic and as I switched out of autopilot to be responsive, I found that I could not adequately control the aircraft to normal standards. When I lost some altitude, I would slowly correct, then realize I had lost course and tried to fix it while losing altitude again. Everything was in slow motion, sort of like falling asleep at the wheel after a long drive, or being a little drunk, and it was difficult to reason why this was happening. I didn’t understand it at the time. 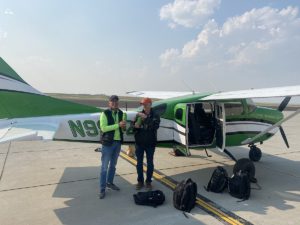 We made it, but why do we feel so bad?

When ATC gave us back our own navigation, they actually called to confirm we had it as our track was not appearing to them like we did. We slowly got control and as we continued on to our scheduled fuel stop, more “normal” pilotage came back into focus with time and of course, oxygen, but I never quite got a completely good feeling through it all. We completed the adventure successfully but it took a few days on the ground to shake that unstable feeling and prompted a lot more study of what the real dangers of hypoxia are to any pilot.

That study, along with some internal discernment, led me to the following suggestions that might help fellow aviators: Natt McDougall
Natt McDougall is a retired civil engineer who spent 50 years as a heavy construction contractor working on major projects around the US. He was introduced to aviation on one of those early remote projects but never had time to pursue it. Upon retirement, he got back into flying and earned his private pilot certificate at the age of 75. For the past several years he has enjoyed executing a complete upgrade of his Cessna 206 aircraft. Natt enjoys flying cross countries out of Lake Oswego, Oregon, and Thermal, California, with his wife of 55 years serving as chief co-pilot.

Mustang musings: what it’s like to fly the legendary P-51