Blog - Latest News
You are here: Home1 / Article Archive2 / I was there3 / Flying (improvised) IFR in Vietnam 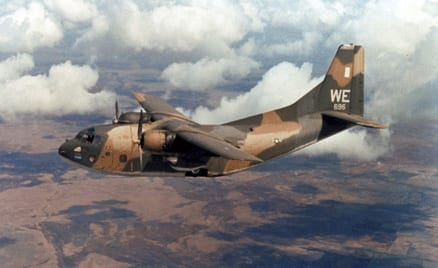 Between early 1966 and early 1967, I flew in the 19th Air Commando Squadron in South Vietnam. The flying was absolutely the best experience I have ever had flying anywhere. Primarily the reason was that we had no restrictive rules to go by, we had few instrument procedures that we could follow, and the aircraft (Fairchild C-123 without jets) was ideal for the flying that we were doing. When I and everyone else who joined the squadron participated in the orientation flights to prepare us to be productive crewmembers “in country,” we were shocked and sometimes terrified at some of the maneuvering and procedures necessary to complete the missions. It wasn’t too long until we started relaxing and understood that this was the “normal” for accomplishing the missions that we had.

Flying IFR, we had few instrument procedures, so we had to improvise most of the approaches. This led to some quite interesting approaches as you can imagine. For instance, going into Saigon when the weather was bad, if you called Approach for an instrument approach, you would be given probably 45 minutes to an hour and a half for an approach time. If that happened, we would set the radar altimeter to 200 or 100 feet depending on how bad the weather was. We would fly down over the South China Sea and let down until we broke out. If we didn’t break out, then we would go back and ask for an approach time.

If we broke out, we would head back towards Saigon. We would find the inlet of the bay at Saigon and fly north. There was a river that emptied in on the north side of the bay. We would fly up that river. 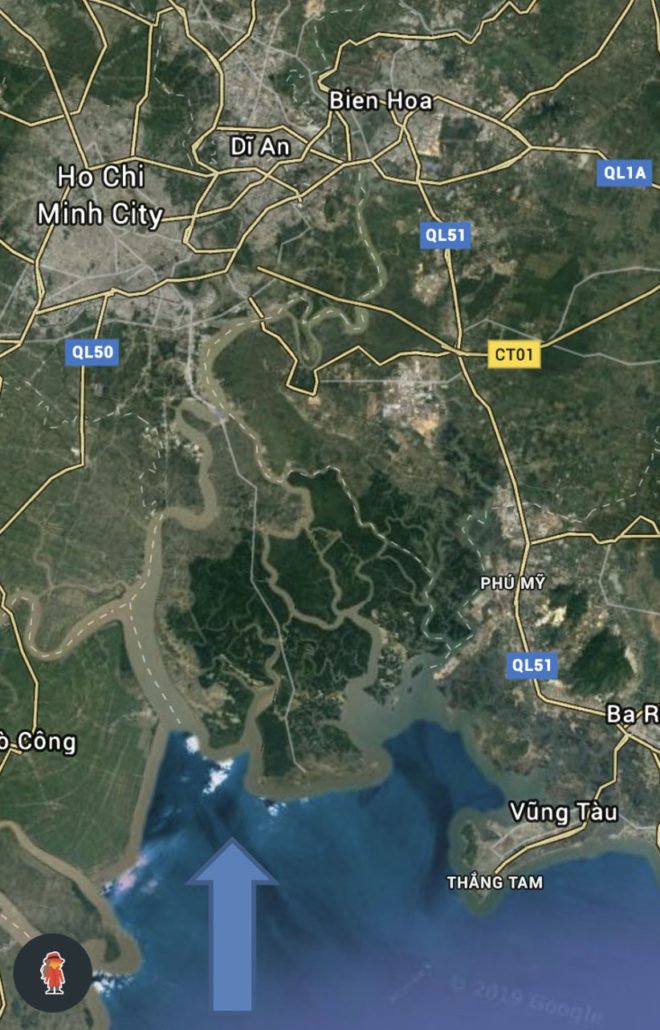 Now, of course, we were high enough that we could see there were several turns and loops that the river had. 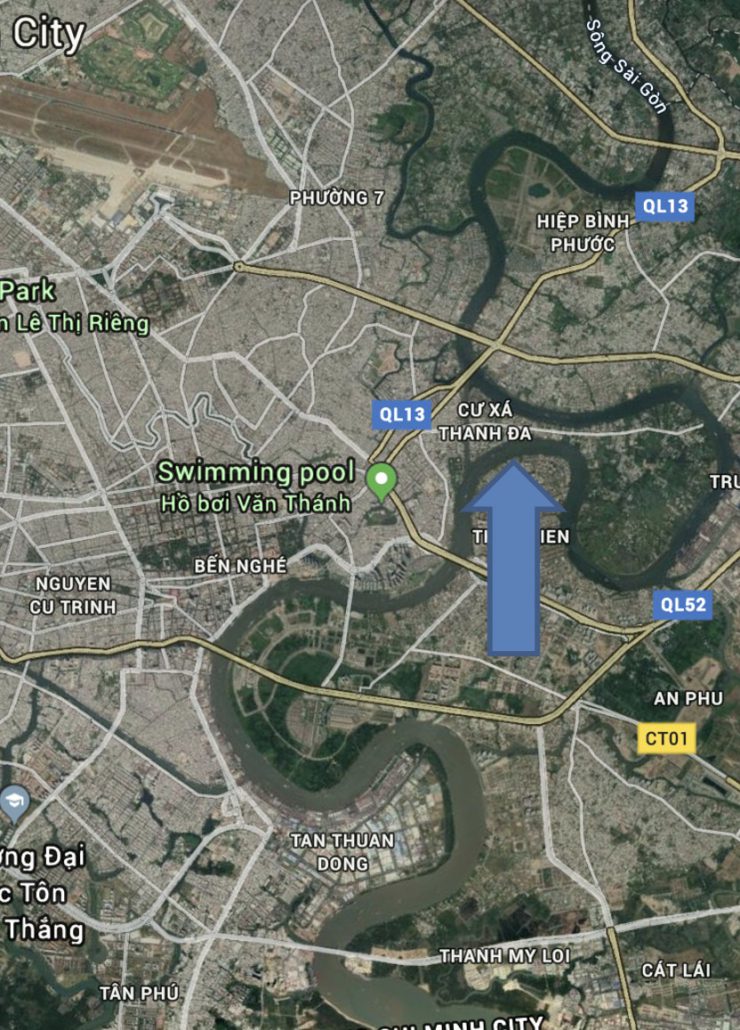 But we would fly north until we found a creek coming in on the left. 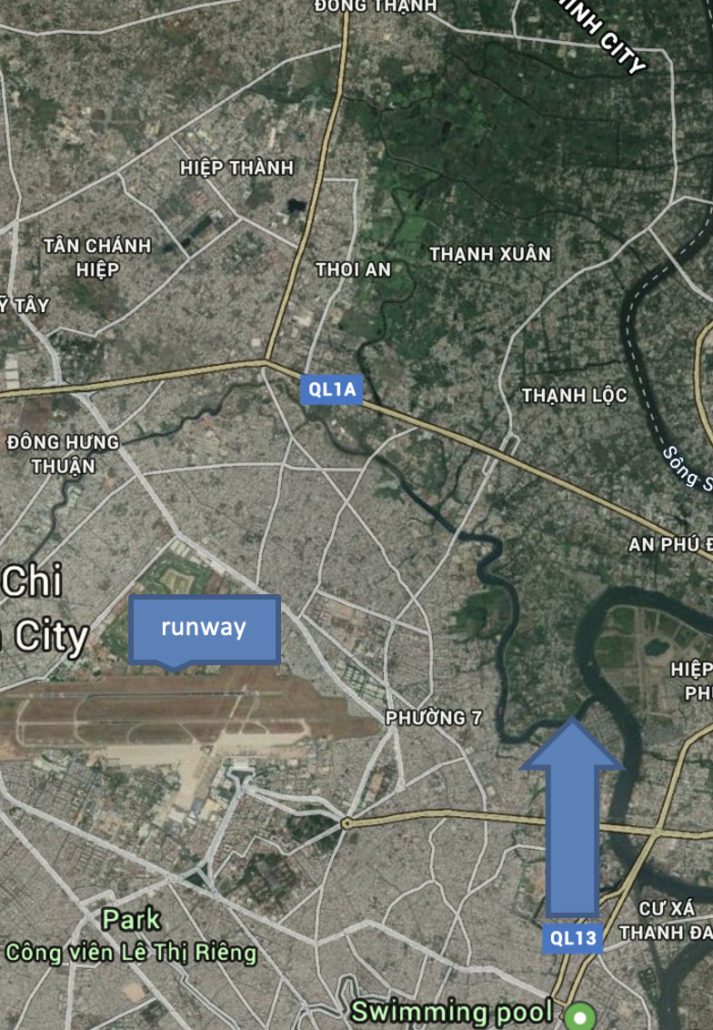 We turned to the runway heading (250) over that creek and kept listening to the radio to see if someone had reported the outer marker. If they had reported over the outer marker, we would do a 360 at that time and allow them to pass overhead. Of course, we couldn’t see them, but the 360 maneuver would give them enough time to pass overhead. After that we would go back to the runway heading and call the tower and give our call sign of Provide 54. The call I made was, “ Saigon Tower, Provide 54 VFR final for landing.”

Usually the response would come back “Provide 54, Saigon Tower, cleared to land.” We would proceed to visual contact of the runway and go ahead and land. Saigon Tower knew the Provide call sign and what we were doing.

For takeoffs in IFR weather, we would file an abbreviated flight plan. They would give us taxi instructions, and when ready, clearance for takeoff. After takeoff we were cleared to contact Paris Control for departure. We would stay with Paris control until we were then handed off to one of the other controllers, or if we were in VFR conditions at that time, we would cancel our flight following.

One morning, the visibility was extremely bad. Operations knew that the field was closed, but our frag was a tactical emergency (TAC-E) mission. We started engines and tuned the radios to the ground controller and listened for a minute. The tower was transmitting for the VFR aircraft not to start engines or contact the tower until they put out the message that they were ready for traffic. They said the field was closed at this time, and for IFR aircraft not to start engines until they received their clearance.

Now we had a problem, because getting to runway 25 was going to be difficult. As I pulled out of the parking slot, I did see a taxiway light. As I passed that light, I looked ahead until I could see the next light. That’s the way I got to the end of the taxiway in the run-up area. After run-up, we requested and were given permission to take off. I taxied on to the runway and stayed close to the left side so I could see the lights. As I passed one light on takeoff roll, I would look for the next light and so on until liftoff.

We would stay with Paris Control until VFR on top or were passed off to the next sector controller.

Paratroopers of the 1950s: in the trees, at night
Scroll to top