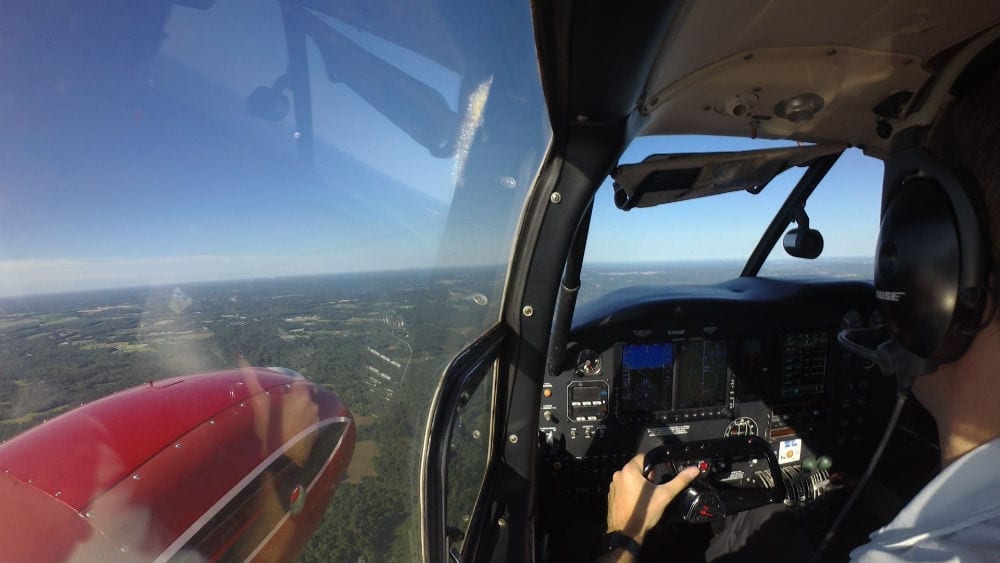 I have just read another accident report about the fatal crash of a twin engine aircraft following an engine failure shortly after takeoff. Conditions were VMC. The accident report stated that the pilot applied the wrong rudder, which resulted in loss of control. There was no speculation as to why an experienced pilot might make such an error, nor was any corrective action proposed!

This goes back to a problem I discovered about twenty years ago while giving annual training to airline pilots in full motion Boeing 737 simulators. The bottom line is that training for this critical emergency was and still is woefully inadequate. 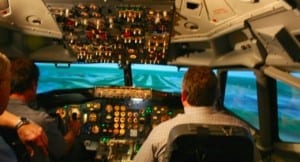 The simulator is the best place to learn new techniques in a twin.

The good news: at the time, I developed an effective technique for avoiding this mistake and began teaching it to all those crews I was paired with.

The bad news: I did not make a big enough effort to get this problem—and our solution–broader recognition and dissemination.

First let’s discuss some background and realities about training for the failure of an engine during and immediately after takeoff.

Modern light twins have little or no excess energy with loss of one engine on takeoff, and appropriately, the focus is typically on remaining on the runway or re-landing if possible. Unfortunately, for safety reasons, this is never actually practiced in a real airplane. In turboprops the performance improves somewhat, but again the actual loss of power in this critical phase is not practiced except in a simulator.

To receive a multi-engine rating, no simulator training is required. During the check ride, engine failures are given either at very low (safe) speeds, or above 500 ft. after takeoff. Never in IMC or at night! The failure is simulated by the check pilot retarding one of the throttles–a big clue as to which engine has “failed.” Testing requirements pretty much dictate training requirements. Training is expensive. Training in sophisticated full-motion simulators, which accurately reproduce the performance of a multi-engine aircraft with a failed engine, is very expensive. The reality today is that most multi-engine rated pilots have no actual experience–either real world or simulated—handling a twin with a failed engine shortly after becoming airborne.

Until the early 2000s, airline pilots were only trained and checked on handling engine failures that occurred at V1—just at rotation on takeoff (V1 cut). Because both wheels were still on the runway, the only control input needed was rudder. The plane would suddenly veer away from the centerline. I would train them to, “Stop the rotation, apply enough rudder to bring the nose back toward the centerline, freeze that rudder position, and continue the rotation.” This technique would result in them becoming airborne with the correct amount of the correct rudder already applied. There would be little roll as the wheels left the security of the runway. From that point memorized call outs and the abnormal checklist finished the safe recovery. There was no training for an engine failure after becoming airborne!

As a rule, the airlines don’t like to spend more money on training than is required to meet FAA standards. However many, including mine, had become concerned that more training was needed beyond the repeated but limited maneuvers of the annual Proficiency Check (PC) and had begun petitioning for more flexibility in their pilot training programs. That became a reality with the introduction of the requirement to conduct Line Oriented Flight Training (LOFT). Today this is called Scenario Based Training. To mitigate the burden of this additional training requirement, we were authorized to vary the types and conditions of emergencies that we simulated—with FAA approval and oversight.

So our first big change was to replace the V1 cut with an engine failure at 400 ft. after takeoff in IMC. Guess what happened? A large number of our pilots lost control and would have crashed had we not stopped (frozen) the sim. Several of us went into the sim and thoroughly investigated what was happening. Here is what we discovered. 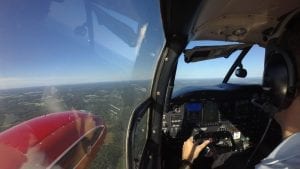 Are you prepared for that engine to fail at the worse possible time?

When the engine fails, the plane yaws and rolls into the dead engine. The roll is detected immediately, but not so much the yaw. The pilots automatically react by applying aileron against the roll—which is good. Rudder turned out to be another issue. Once airborne in a climb, even in day VMC, there is little visual reference for determining which rudder to apply and in what amount.

The proper response did not come naturally to most pilots. Other than, “Step on the ball,” and/or looking at the engine gauges to see which engine had failed then “Stepping on the good engine,” pilots had no reliable way to quickly ascertain which rudder to push and to what extent. All of their previous engine failure training had emphasized getting on the rudder immediately. However when this is done in haste, three things can happen, and only one of them is good:

We learned that we could maintain control of the aircraft with one engine at takeoff power using aileron alone. If we left our feet flat on the floor and used only the ailerons to straighten the wings—a lot more aileron, up to 90 degrees to return to level—we could easily fly the plane safely in the climb. It was neither coordinated nor pretty, but it was safe! No one ever put in the wrong aileron.

We began to teach this technique to our pilots, instructing them not to jump on a rudder, but use only the aileron, then after the plane is under control, look at which direction the yoke is turned—which side is down—and slowly apply rudder in that direction until the yoke is back to level. At this point, the correct amount of the correct rudder would be applied.

It is my experience that most pilots of multi-engine aircraft have never turned the yoke more than about 30 degrees one way or the other in flight. It is my suggestion that any multi-engine pilot who hasn’t go out and see what full aileron deflection will give you, and learn how far you have to turn the yoke to get it. Then, slowly pull back one throttle and use just the aileron to keep the plane level. Obviously you should not get slow and stall while practicing this.

As you all become confident in this new technique, please pass it along to others, especially new MEIs.

The art of being a co-pilot
Scroll to top