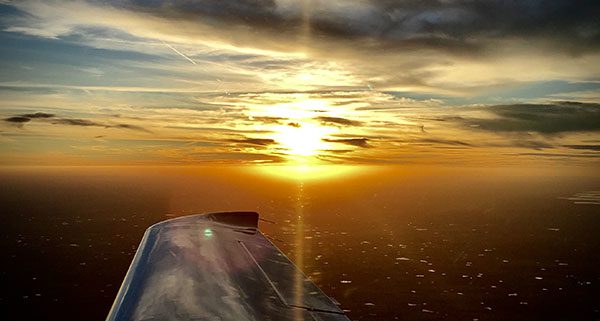 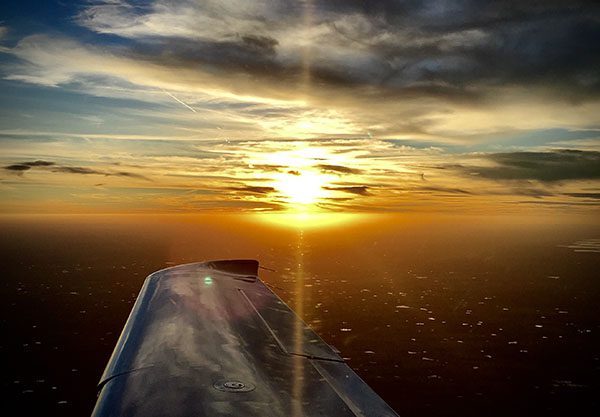 The mission: Returning to Houston from Dallas after introducing an aspiring pilot and brother to the SR22.

The memory: December 19, 2015. During a very quiet and uneventful trip home, I was awestruck by the beauty of this late fall Texas sunset. Greg Pepper
Greg has lived in Sugar Land Texas, a southwest suburb of Houston, for 22 years with Barbara, his lovely wife of 33 years. They have two daughters, Abigail and Laura, who are both Texas A&M graduates. He is a cardiologist, practicing the last 18 years in the Houston area with a subspeciality in Clinical Cardiac Electrophysiology. He currently has a private pilot’s license, airplane single engine land, and instrument rating. He has 360 hours total time, and has flown a Cessna 150, 172, 182, Piper Cherokee, Cirrus SR22, and a Super Decathlon – in which he took first place in the primary category of the Best Box in Texas aerobatic competition. (He was the only entrant in the primary category; nevertheless, he took first place :) ). His favorite airplane is the Cirrus SR22, because it is a great cross-country airplane.

Breaking my own “rules to fly by”

Smooth operator: sometimes you can go too far
Scroll to top