Blog - Latest News
You are here: Home1 / Article Archive2 / I was there3 / An Easter miracle in the Canadian Arctic 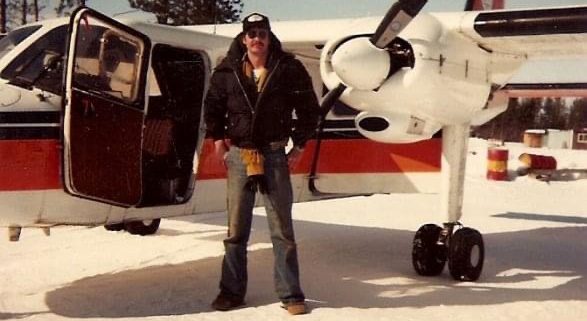 In 1981, I was living in Fort Simpson, Northwest Territories, which is north of the 60th parallel, working as a new bush pilot. I was flying south to a very small community on Trout Lake on Easter Sunday. The flight service lady informed me that they were still looking for a twin engine pilot who went missing on Good Friday. Being religious, she was convinced that he would be found today, on Easter Sunday, and that I needed to look for him.

We were nowhere near the search area that was far off to the east, but I informed my two passengers (the other two “passengers” were fuel drums) that we would be flying low level to look for a missing plane. I was flying a twin engine Britten-Norman Islander with good cockpit visibility, and although I wasn’t convinced I would see him, the least I could do was look. 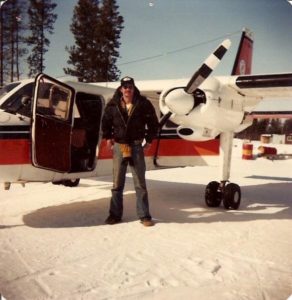 The joys of bush flying in the Arctic.

As I approached the very large and frozen lake, far out in the centre was what looked like a large boulder sticking through the ice. I circled over to it and as I approached, I could see a debris field leading up to a ball of metal at the end.

Just as I decided that no one could have survived, I saw a man standing and waving! I wasn’t able to land, so I attempted to radio for help. As luck would have it, an Okanagan helicopter was on approach to the same town and quickly diverted to my location. In my excitement as I circled, I very nearly joined my new friend in what was literally a white out with very little ground reference, as I had become fixated on the man waving and I was slowly descending without realizing it.

I immediately climbed until I was able to contact Flight Service. She was very excited as I reported the crash site to her. I then continued to climb and was able to contact search and rescue on 121.5. A military Twin Otter was searching far to our east but acknowledged my call.

By now the local helicopter had picked up our pilot and we met on the ice strip.

I had just loaded him into my quickly unloaded aircraft and was about to take him home with me when the SAR Twin Otter landed with a roar of reverse thrust.

I had really wanted him to meet the flight service operator but he was now in much better hands and heading to a hospital instead of a clinic.

There was never any ELT signal and it is doubtful that the wreckage would have ever been found had it been the summer and being so far off course. He was only VFR rated and it appeared that he had lost visual reference while being out over a large, snow-covered lake at low altitude. Erik Vogel
Erik's start was in 1980, flying right seat on a de Havilland Twin Otter, where he logged almost 1500 hours. This enabled him to fly again part-time as a first officer in the late 90s on a local commuter airline that operated a harbour-to-harbour service—while he was also employed in his new career as a firefighter. This lasted three years, until new management brought a return to "old style" pressures and he quit commercial aviation once again. He recently renewed his medical and is enjoying recreational flying now in a friend's Piper Warrior. He has just over 3000 hours total time.

Diagnosing an engine failure by sound