Blog - Latest News
You are here: Home1 / Article Archive2 / Go or No Go3 / Go or No Go: summertime in Florida

Summer in Florida means thunderstorms, but often the cells are widely scattered and easy to avoid. Will that be the case today? The mission is to fly your Cessna 172 from Orlando Sanford Airport (SFB) up the east coast of Florida, landing at Saint Simons Island (SSI). It should take about 1:15, and while you’ll be able to monitor the weather with your iPad and ADS-B receiver, the flight will be VFR since you are not instrument rated.

ETD is 1700 local, 2100 Zulu. Read the weather briefing below, then add a comment and tell us if you would take off or cancel.

The map on ForeFlight is quite colorful, as you would expect for a summer afternoon in Florida. It looks like scattered rain and thunderstorms are all over the state, with the worst to the south and west of your route. 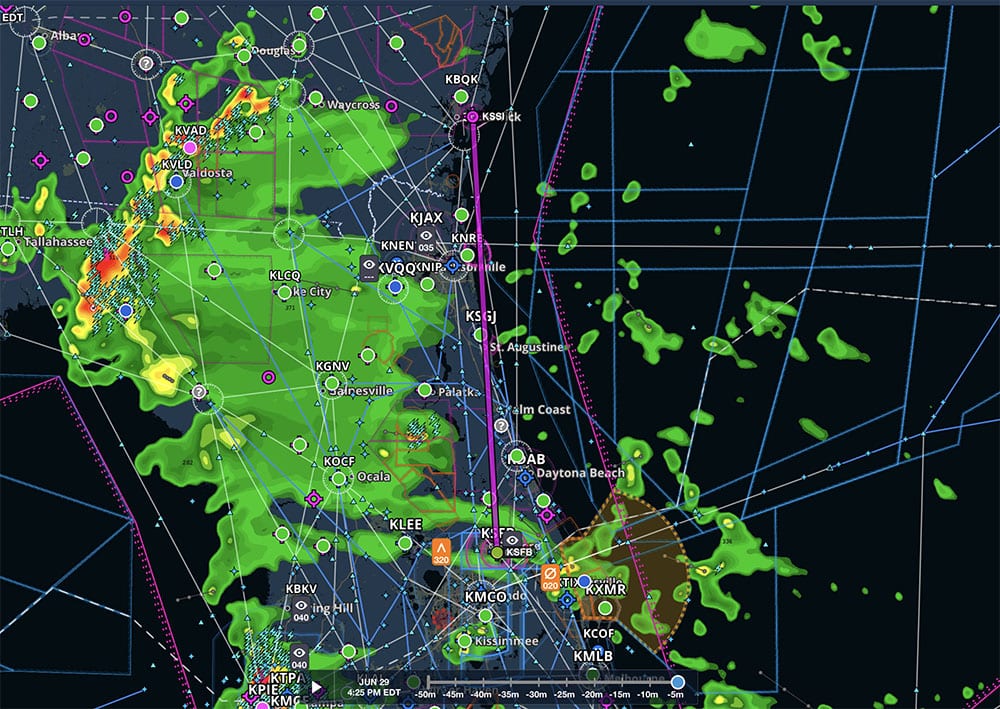 The surface analysis shows the big picture—what’s driving the radar image. The short answer is, “not much.” There’s clearly some instability in the atmosphere, but there are no significant fronts or low pressure systems in the area. 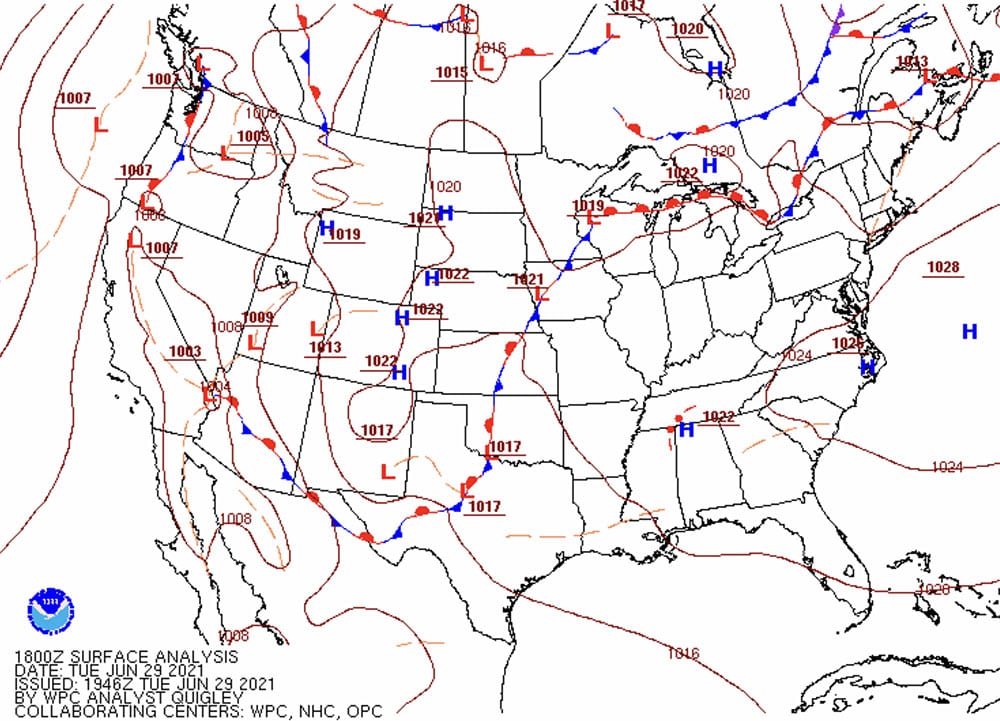 As you would expect from the radar image, there are plenty of Convective SIGMETs around. 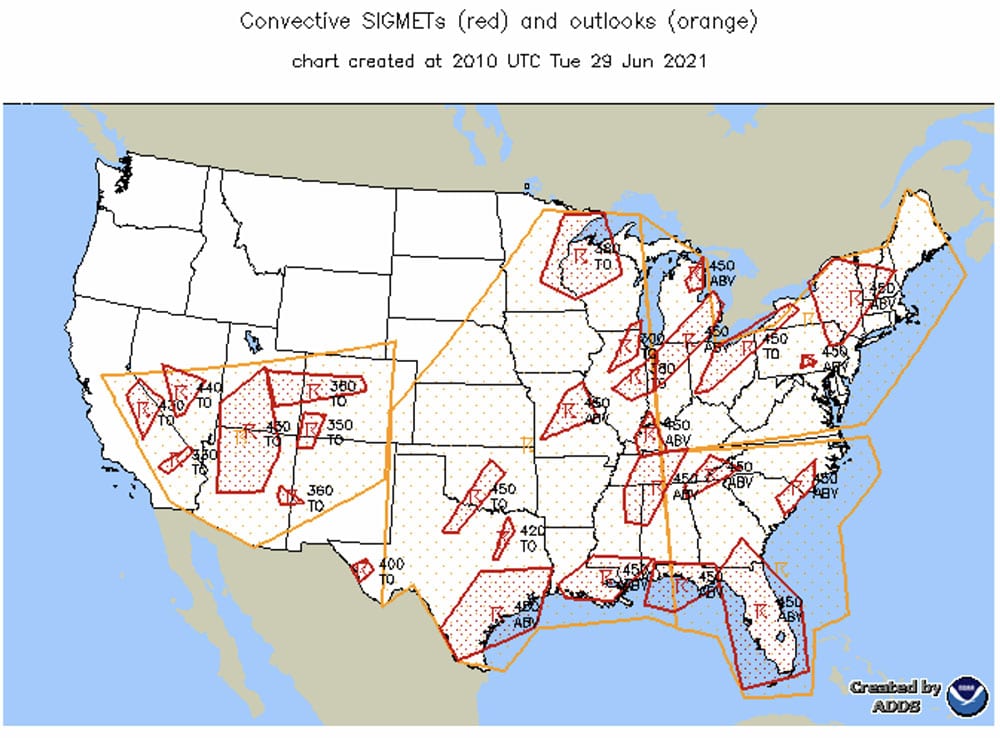 For a more detailed look at the rain and thunderstorms, you pull up the static radar image in ForeFlight, which shows the composite radar image for Florida. 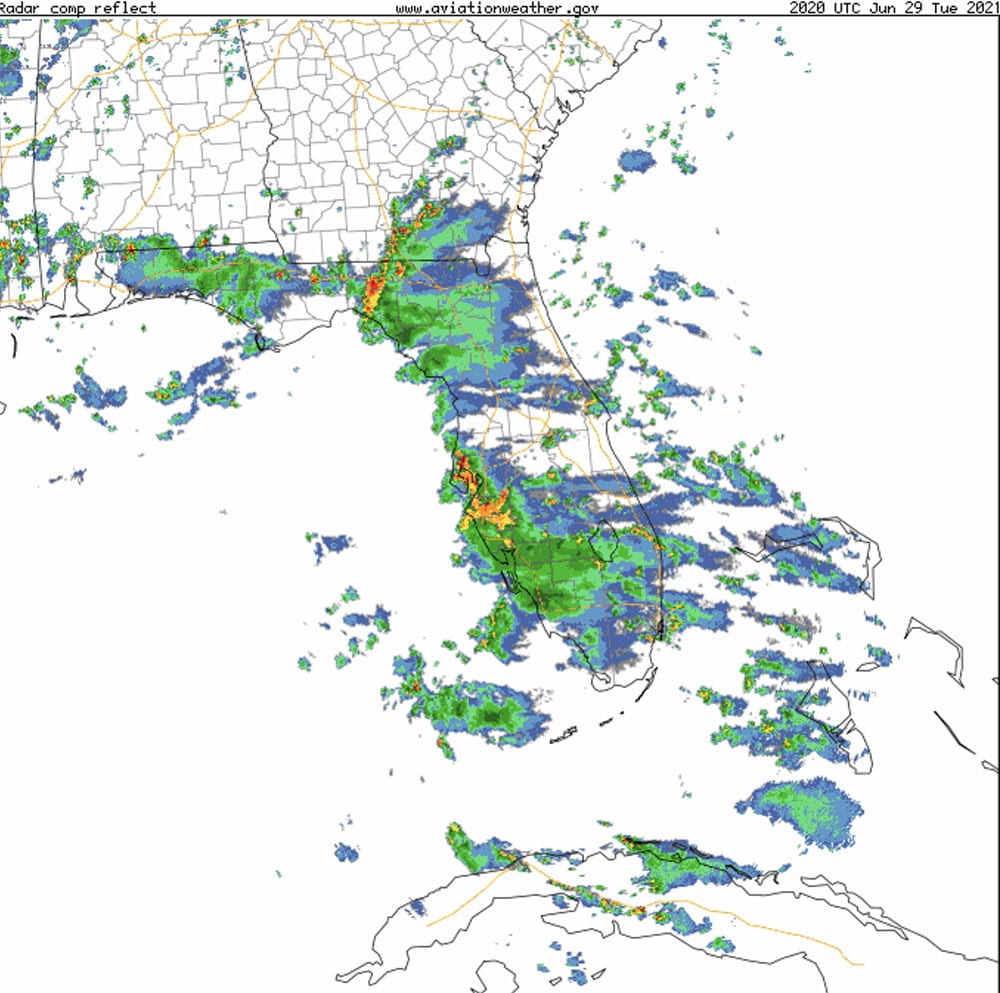 There’s a lot of rain over the state of Florida, but much of it in your area looks to be green. This could be a case of high level moisture that doesn’t reach the ground, so you look at the lowest tilt radar image in ForeFlight. Sure enough, it removes a lot of that lighter green, although the storms up by Tallahassee look serious. 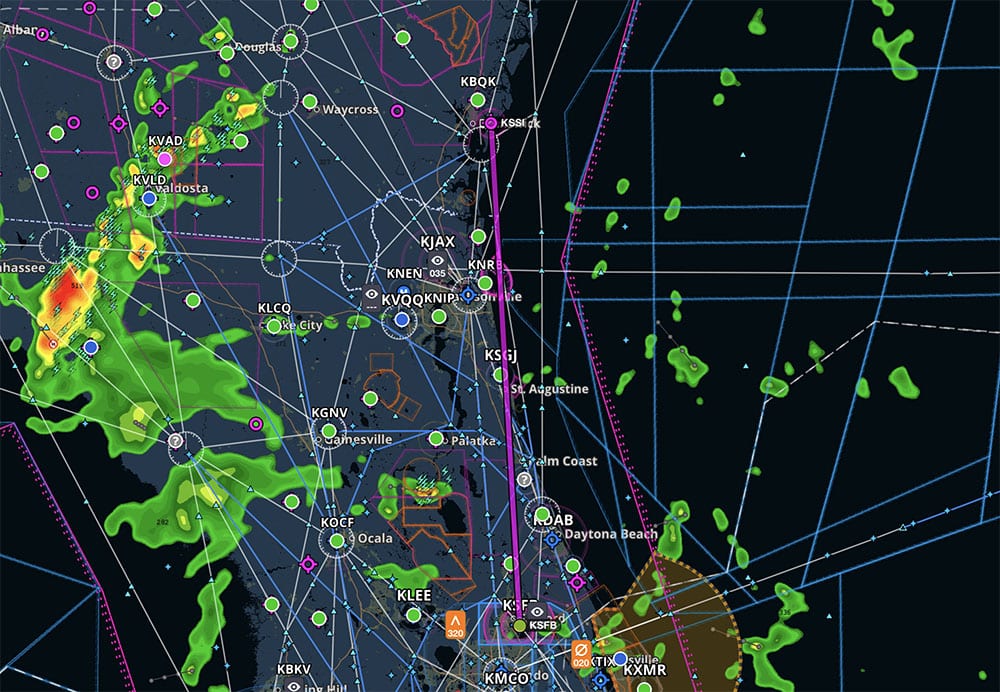 A satellite image is another great tool for determining how serious any rain or storms might be. First, a look at the infrared image shows lots of cloud cover, over almost the entire route of flight. Much of this looks quite thick. 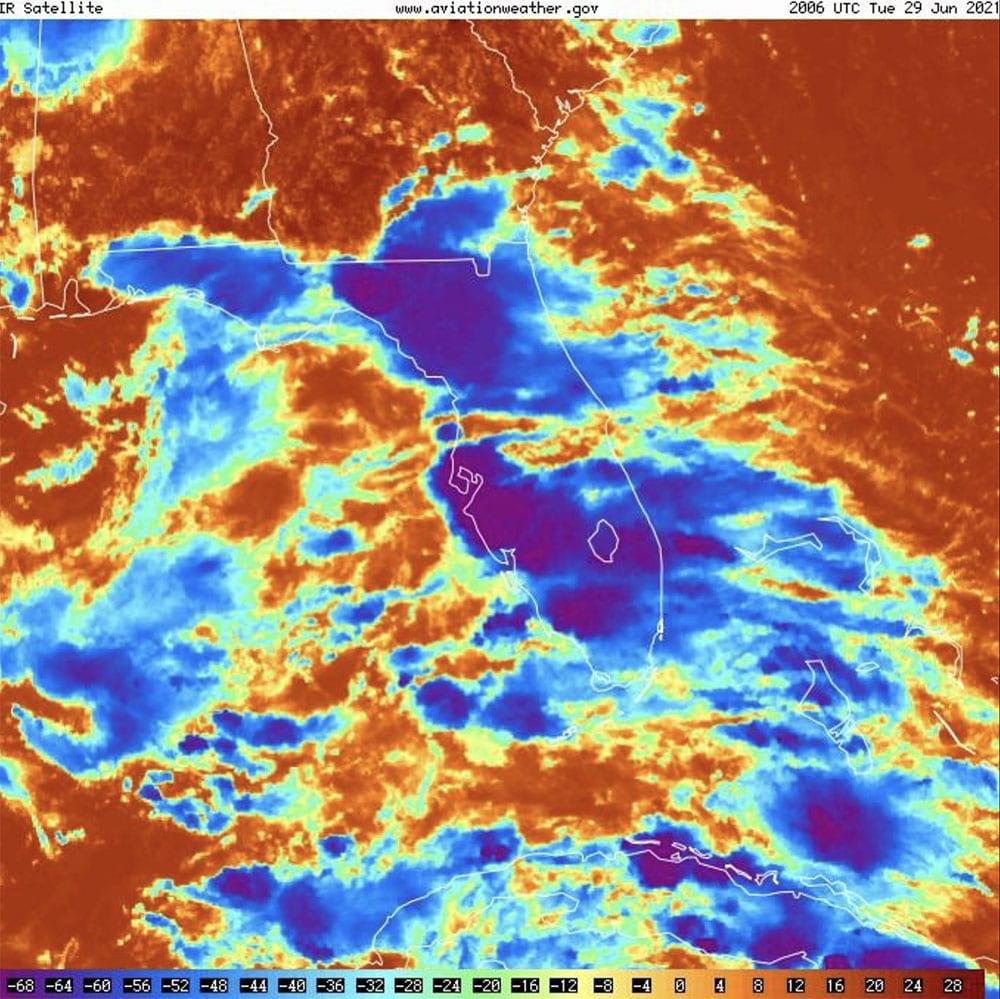 Just as you compared base and composite reflectivity, it’s a good idea to compare infrared and visible satellite images. The visible image shows lots of clouds, but in the eastern part of Florida a lot of those clouds look to be higher level ones—maybe some wispy clouds blown off the top of the bigger storms. 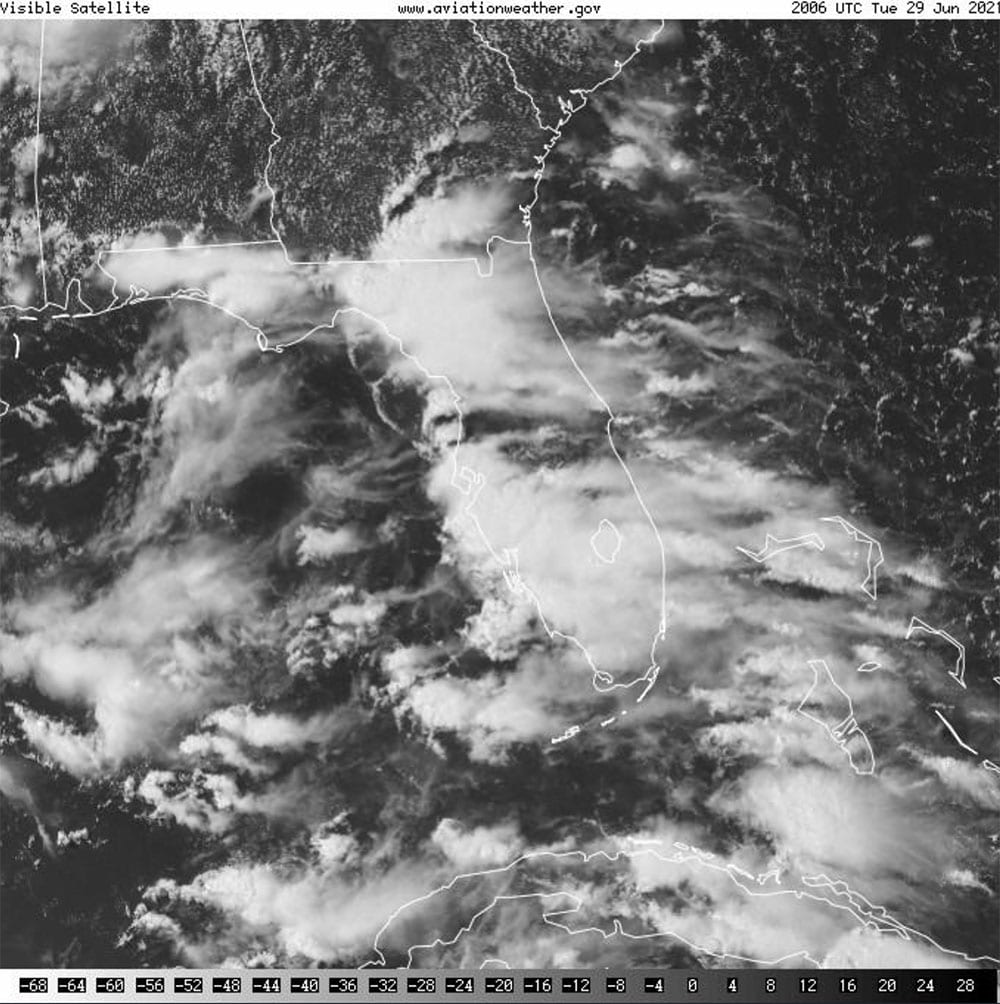 Since you’re VFR today, it’s not enough to consider the potential for storms. Can you stay out of clouds along your route? The good news is that your destination is reporting good VFR conditions, although the TAF shows scattered storms and the METAR has a “LTG DSNT W” note. 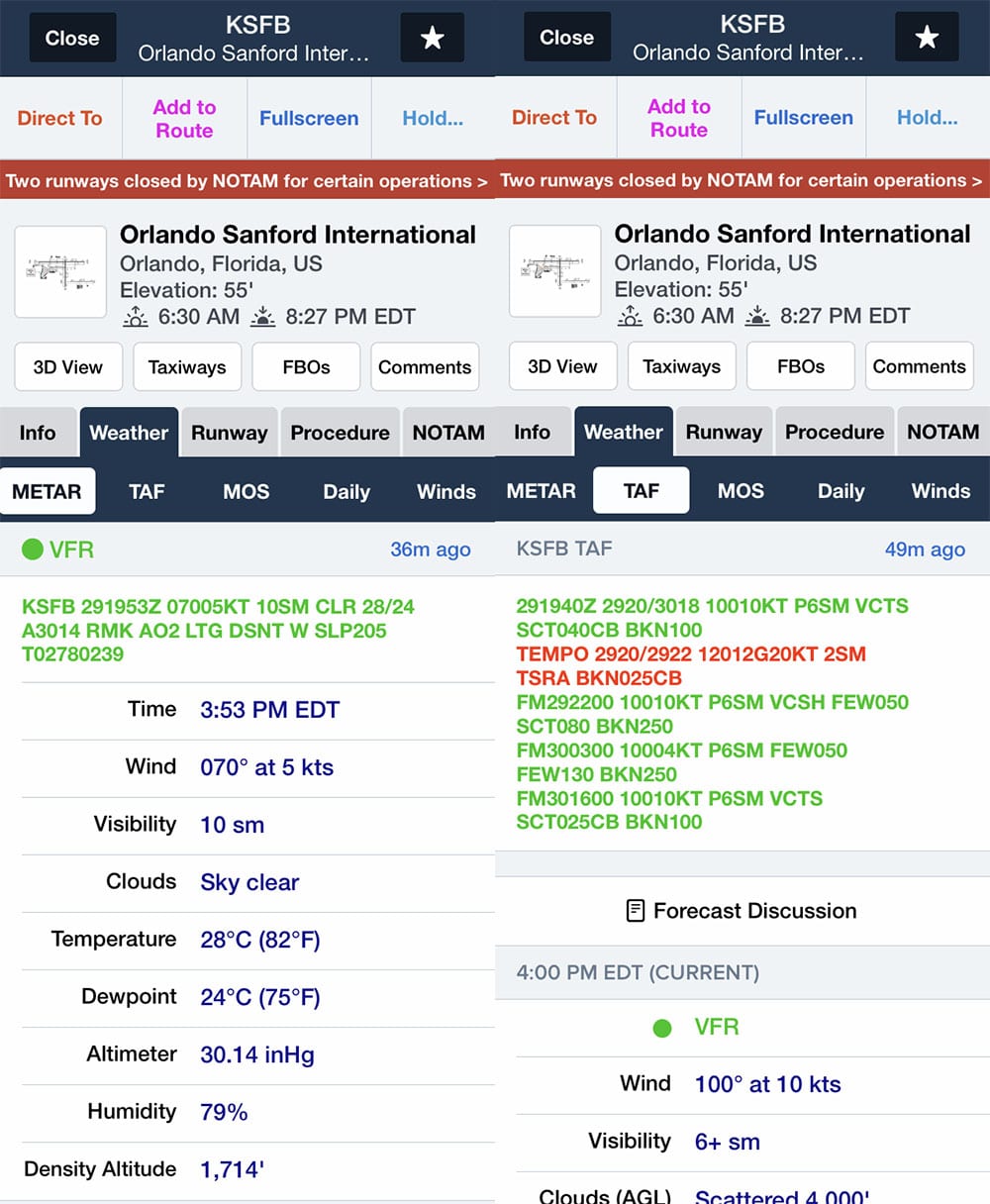 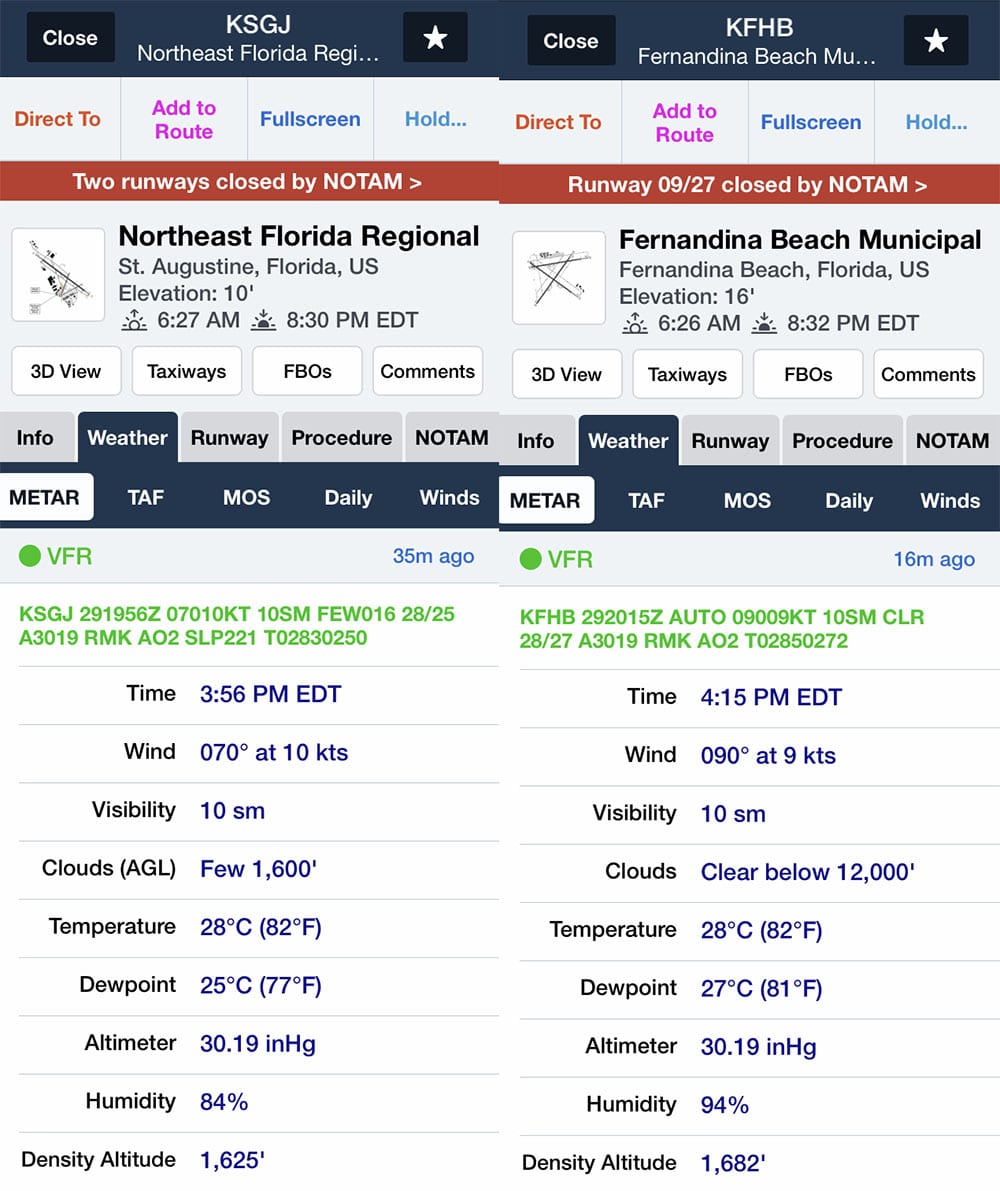 Your destination is also showing excellent weather, with some gusty winds and the chance for some rain showers. 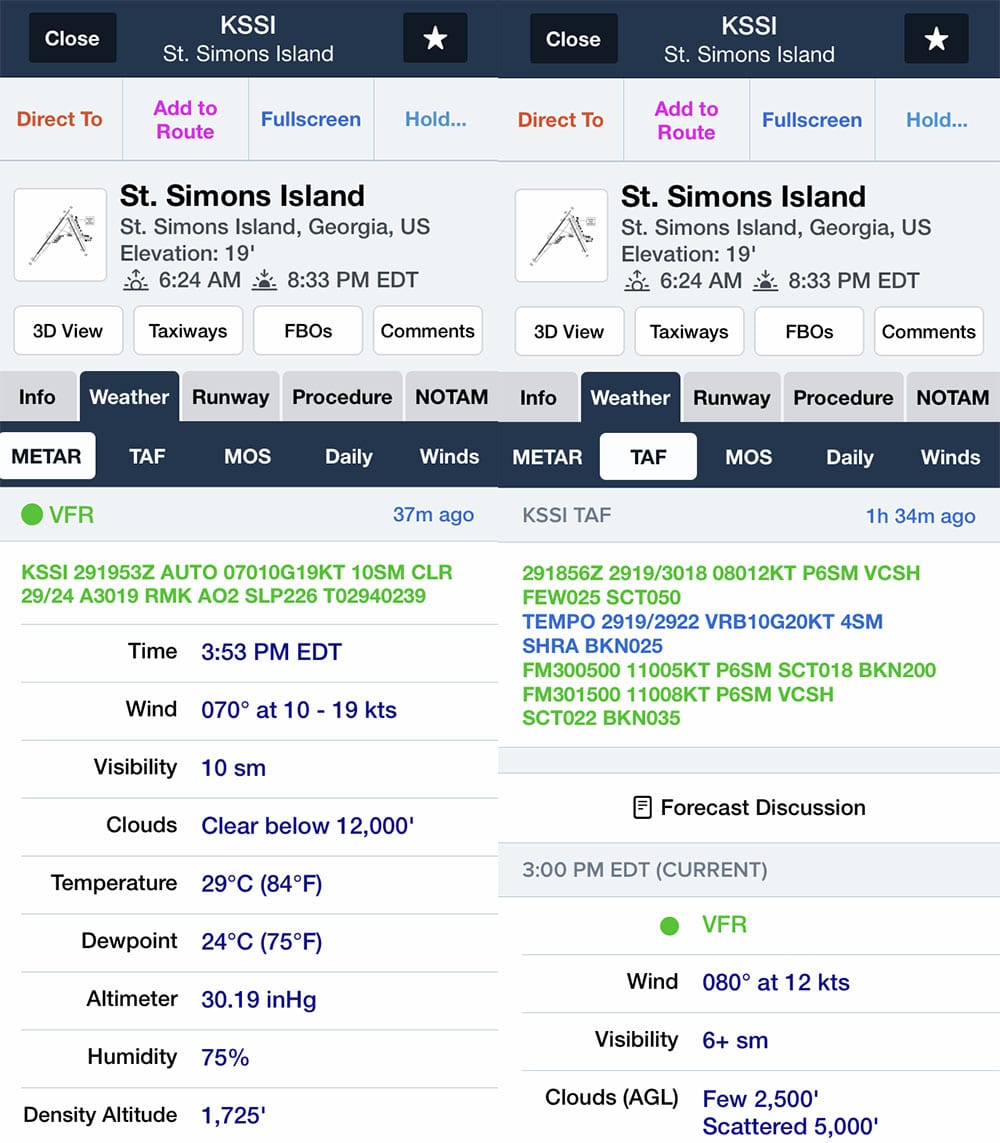 It’s time to make the call: go or no go? In some ways, this is just a typical summer day in Florida, so dodging an occasional build-up shouldn’t be too hard—the weather is VFR at your departure, en route, and at your destination. But there are plenty of storms around, and some of them look pretty nasty. Plus, your departure and destination both suggest the chance for rain and/or storms.

Add a comment below and tell us what you would do.

There was no checklist for this one…