Blog - Latest News
You are here: Home1 / Article Archive2 / I was there3 / When a simulated emergency becomes all too real 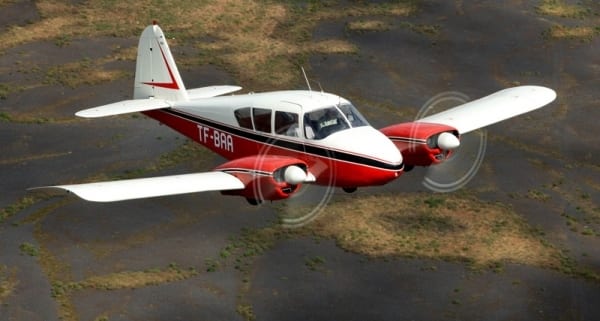 I have had a long flying career of 44 years as a military and commercial airline pilot, and by the time I retired in 2016, I had amassed some 30,000 flying hours. As a military and civilian pilot, I have experienced many emergencies, but one episode sticks out in my mind: an engine failure. I have had nine of them, two of which resulted in forced landings. One was on a runway at Mackinac Island, Michigan; the other was in a wheat field in South Dakota. This article is about the wheat field and a self-inflicted engine loss.

In the late 70s, while I was in the Air Force, I flew in my off time, teaching and acquiring all my flight instructor certificates. One Saturday afternoon, I went up for an over-the-shoulder observation of a multi-engine student getting ready for his multi-engine checkride (I was going for my multi-engine instructor rating ride the next day). When I first started flying light twin-engine aircraft, my instructor told me that I was now entering the most dangerous period of my flight instruction career. Oh, how right he was! 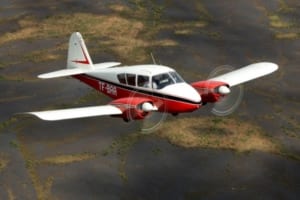 The Piper Apache is not known for its stellar engine-out performance.

We took off in an Apache that had seen much use in its day. The weather was hot, and we were at an altitude of about 3,000 feet AGL, which is about 6,000 feet MSL. As it turned out, this combination of altitude and temperature was a bit much for an Apache on one engine. The student occupied the left seat and the owner of the flight school occupied the right seat. Everything was going normal until we got to the ride segment, where we would do single engine work. Our flight school had a procedure to simulate an engine loss by pulling back the throttle to a predetermined manifold pressure. For some reason, the chief pilot pulled back the prop control and not the throttle. The engine failed, and the propeller feathered.

Well, this was certainly interesting from my backseat perspective! The student kept flying the plane, and the instructor initiated restart procedures. Now, my main flying background was in jets, which laugh off an engine loss. The B-52 has eight engines, and literally, you can lose an engine and not feel a thing. Not so with an Apache. As I always taught my students, a second engine on a light twin can cause you more problems than an engine loss on a single engine aircraft. An engine loss on a twin delays the inevitable landing, be it at an airport or wheat field. That remaining engine will give you some options, but you had better know what to do with it.

The Apache was not able to maintain altitude on one engine. The plane kept descending, but the two pilots up front did not seem to be aware of this. The heading and airspeed control were not stable, and the engine would not develop enough rotation to unfeather the propeller. It became apparent that the student and instructor had lost their situational awareness. The instructor was bore-sighted on trying to start the engine. The student was distracted by what was going on. There was a small airport nearby, but the opportunity to make that field had come and gone. The lack of a proper plan to resolve this emergency was starting to put us in danger.

At about 500 feet AGL, I told the student flying to fly straight ahead at 80 knots. He did this flawlessly. I told the instructor to stop trying to start the engine and take control of the airplane, because we would be landing in less than a minute. Sizing up our landing site, I looked out in front of the plane and saw a freshly harvested wheat field about the size of Rhode Island. It was so flat that I believed if you stood on a beer can, you could see Dallas. It looked like a great port in a storm to me.

With the instructor flying and a clear plan of action, we calmed down and got ready to land. As we approached the ground, I blurted out that the gear was not down. The instructor immediately put the landing gear handle down and advanced the operating engine to prolong the flare. Oh great, I was hoping that we were above Minimum Controllable Airspeed at that particular moment so that the plane would not flip. Our airspeed was just fine, and the aircraft continued straight ahead. Two green lights appeared, indicating the main gear was down and locked. Almost at the same moment, the mains touched down. I then said I saw two green gear lights but not the green light for the nose wheel. The instructor kept the nose off the wheat field, and a few seconds later, the third green light appeared, indicating the nose wheel was down and locked, and the plane completed its landing. There was no damage to the aircraft or crew.

We were on the ground safe and sound, and we decided to see if we could restart the right engine. It cranked, but the propeller would not unfeather. We stopped trying to crank the engine. We got out of the plane to stretch and figure out a plan of action. 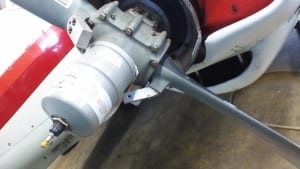 How do you get that prop unfeathered when it just doesn’t want to?

Now the next part of the story I am not making up. We noticed nearby a small ditch with some trees growing around it. I walked over there and spotted the skeletal remains of a cow. We hatched a plan that, perhaps using two cow rib bones as a vice and three pilots’ strength, maybe we could manually unfeather the prop. We put the bones parallel to each other with the propeller in the middle. We grabbed the end of the ribs, which now acted as torque enhancers. Our brute strength and good fortune convinced the propeller to unstow from its feathered position. It worked!

Soon we had the engine started. We pulled out the performance manual and quickly calculated how much distance we would need to take off. I went out and paced off the required takeoff distance and noted no adverse ground conditions. I looked at the previous crew and decided they had gone through enough so I would fly the plane out. We rolled down the harvested wheat field and lifted off. During the initial climb out, we felt relief that the takeoff worked.

Seconds later, we became aware of a large power line; it was one of those massive ones! We were too close to fly over it or turn, so what the heck—let’s add a little more drama to the story. I decided to fly under it. No sweat, once we passed the power lines, we headed back to our home field without further incident.

This flying episode brought to light some lessons learned.

One cannot overemphasize the need to plan your flight to successfully and safely complete your mission. Thorough system knowledge is a must. Knowing the performance limits and, in the case of a twin-engine aircraft, knowing the minimum controllable airspeed is critical. Never fly slower than that speed. Brief the mission, meaning ensure you know every detail of your flight before you lift off. It will be your objective to fly the mission as planned. Be in charge—do not let the plane be in charge of you. Know the plane’s emergency procedures and practice them. In case of an emergency, you want to perform these procedures without taking away from controlling the airplane.

I want to interject that your first objective is to fly the airplane! In the case of a training flight, make sure that you and your instructor agree on the flight’s itinerary and the procedures for simulating an emergency. As the pilot in command, you will have a daunting task to manage and resolve an emergency. That success will depend on how well you have prepared yourself for the moment. Maintain situational awareness. You might have a lot of time, or you might have to make a split-second decision. Learn your plane and fly a lot. Enroute, keep up with emergency landing fields. Be ready to divert to one. Safety is a prerequisite to flying. Make sure you are aware of all factors that could adversely affect your flight. Flying is no place for amateur decisions; be professional in your attitude and conduct. Engine failures are inevitable. Be ready for it!

After all the dust settled, I got my multi-engine instructor rating the next day. Before my rating ride, I briefed the evaluator that he would not have a left arm if he pulled back the prop control. The rib bones became souvenirs. The whole engine out episode did not take very long. In those few minutes, I learned more about flying light twins than I could have gotten from any number of lessons. Hopefully, it will never happen to you. Craig Warner
Craig retired in 2016 after a 44 career, including flying with the US Air Force, US Marine Corps, Continental Airlines, United Airlines, and as a civilian flight instructor. He has right at 30,000 hours of flying time.

Lost in the Canadian Arctic