Blog - Latest News
You are here: Home1 / Article Archive2 / Go or No Go3 / Go or No Go: ice and storms over Montana

Today is one of those “in between” days, which are frustratingly common in flying. The weather isn’t great, with some rain and potential in-flight icing, but it’s not terrible either, and you fly a well-equipped airplane. The proposed mission today is to fly from your home in Bismarck, North Dakota, to Billings, Montana, the first leg on a five-day tour of the Western United States in support of your business. Your Piper Turbo Aztec is well equipped for IFR missions in the West, with a cruise speed over 200 knots, built-in oxygen, and deice boots. The flight should take just under two hours—if you can go.

Planned departure time is 2030Z. Read the weather briefing below, then add a comment and tell us what you would do. Go or no go?

The map in ForeFlight shows no major lines of weather, but there’s definitely some rain over eastern Montana, right along your route. 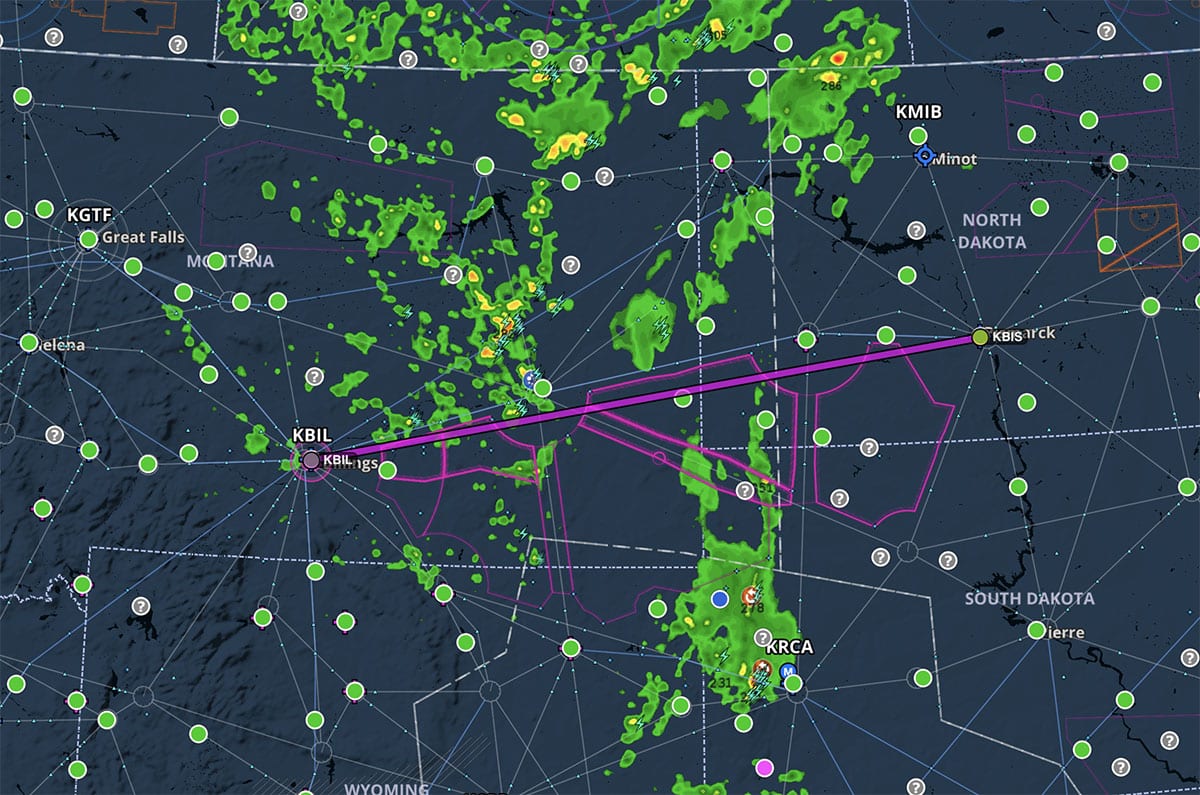 Looking at the surface analysis, there are no major fronts in the area, but it seems like there’s some type of minor disturbance. 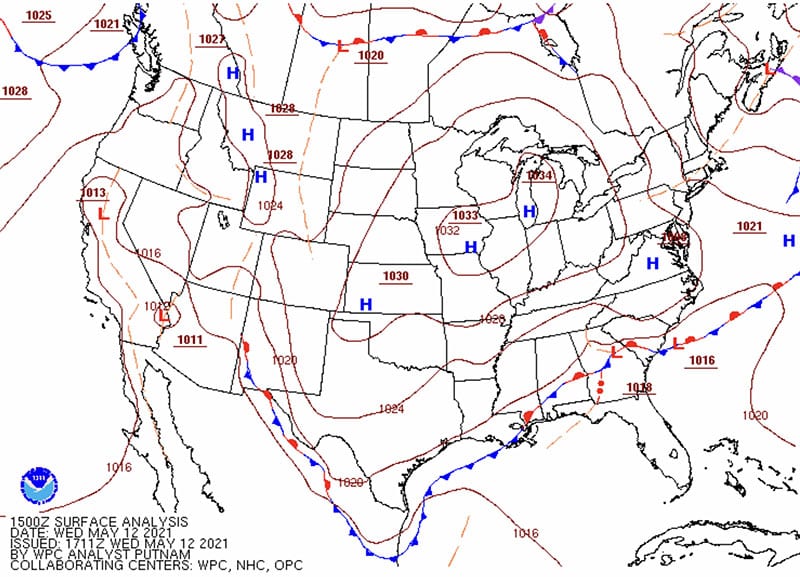 The prog charts show some rain and storms developing over the next 24 hours, slowing moving east. 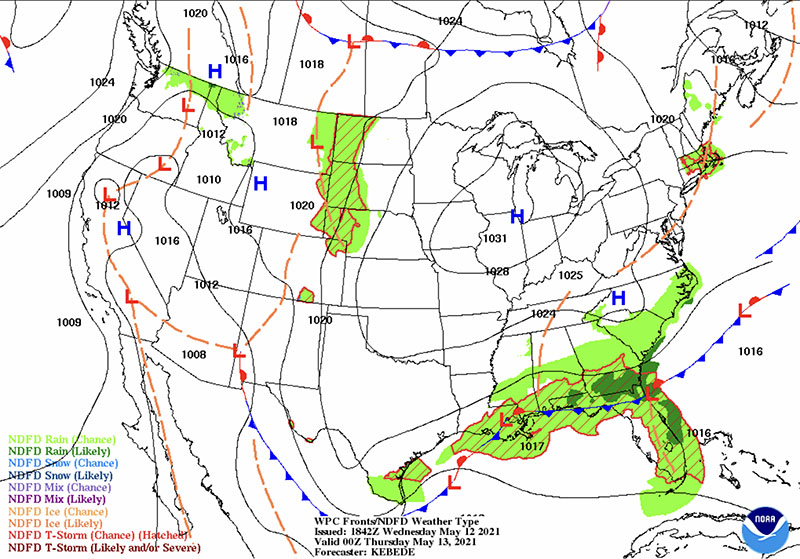 Job one is to understand whether that rain is just rain or something more serious. The regional radar image shows a very scattered area of cells, but some of them do look to be convective. 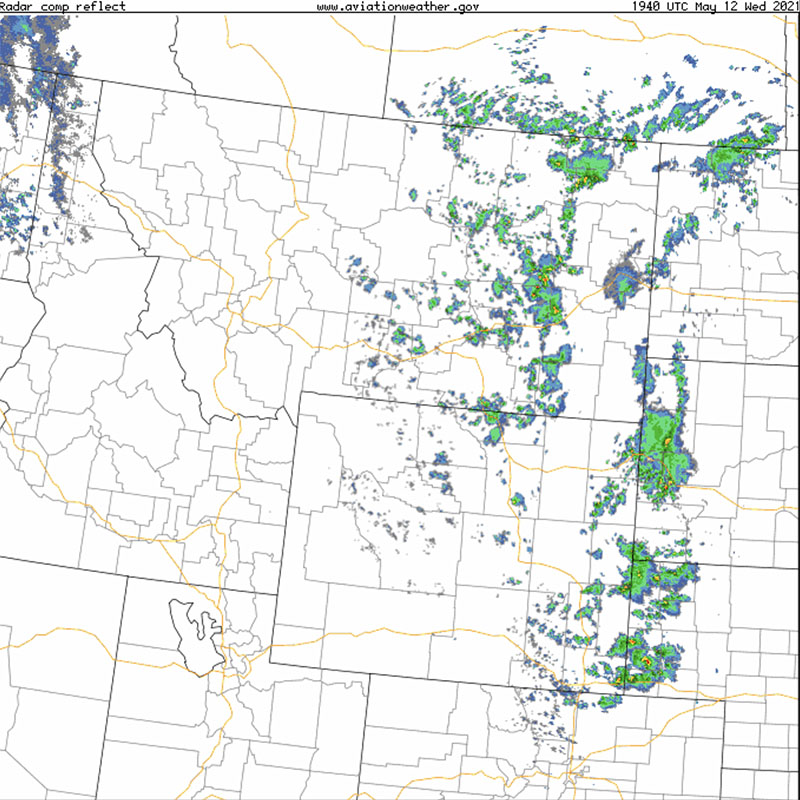 The infrared satellite backs up that theory, showing some clouds with vertical development. 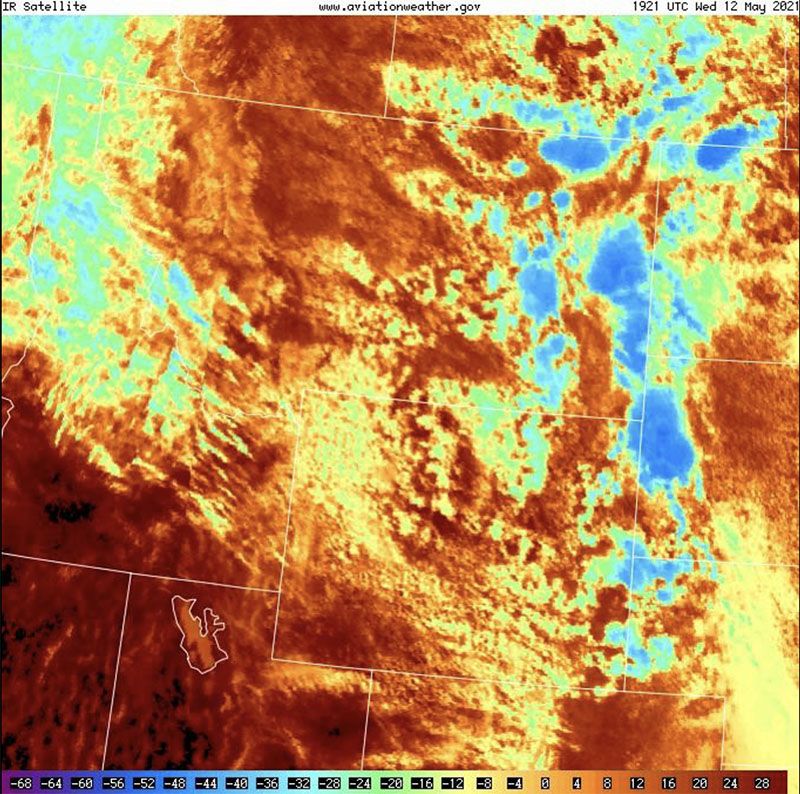 Finally, a look at the visible satellite suggests there might be a path through the build-ups in North Dakota, but probably not once you get into Montana. 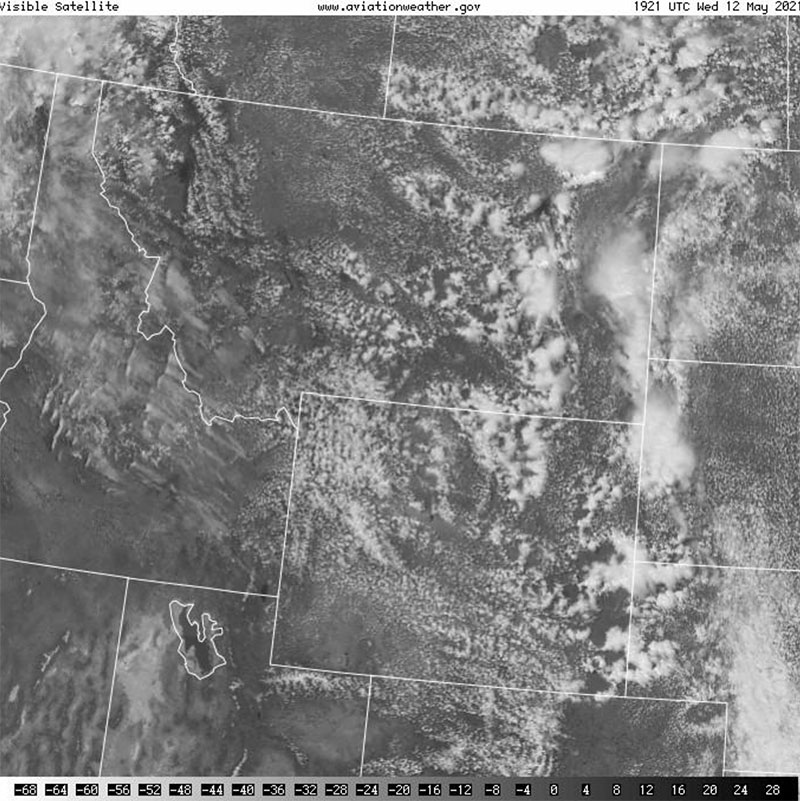 There is a convective SIGMET outlook in the area, but the actual SIGMETs are well north and south of your route. 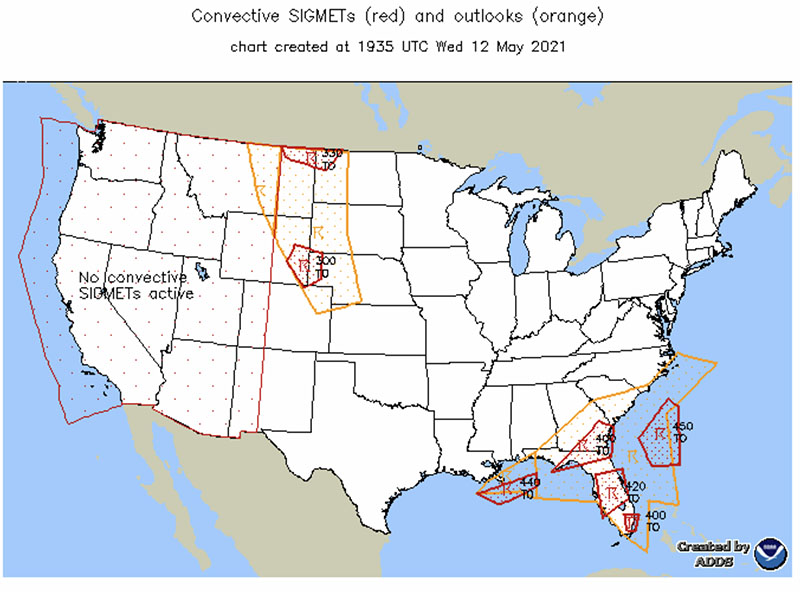 In addition to concerns about thunderstorms, it looks like in-flight icing is likely. A look at the freezing level chart shows you’ll almost certainly be flying below 0 degrees at a typical cruise altitude of 10-16,000 feet. 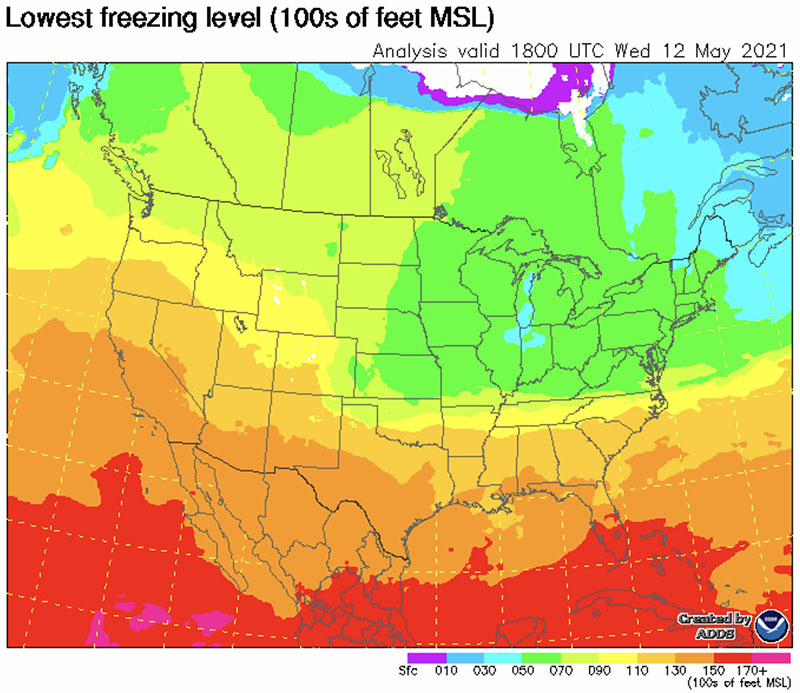 Icing forecast charts show a good chance of ice, starting at about 9000 feet. 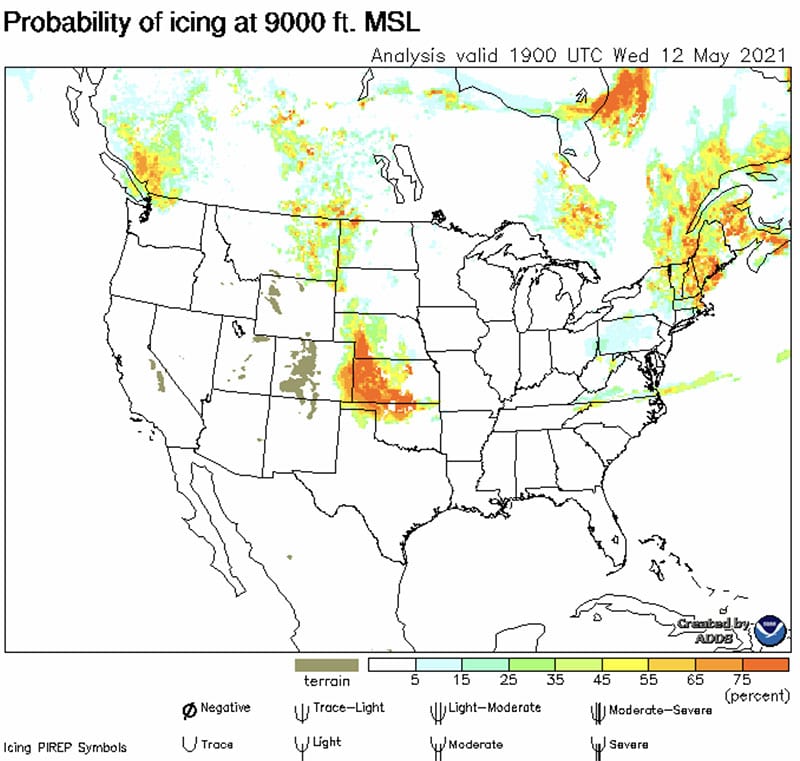 The threat of icing seems to be fairly consistent up into the teens today. You might get above it by 22,000 ft, but that’s a lot higher than you like to fly. 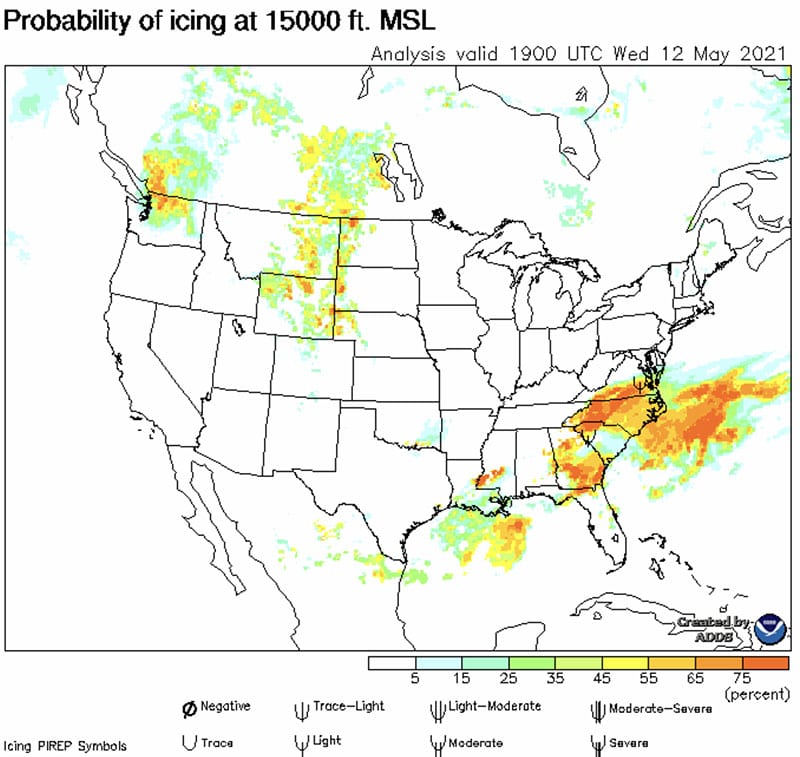 The AIRMET for icing backs up this forecast, with moderate ice predicted over much of your route. 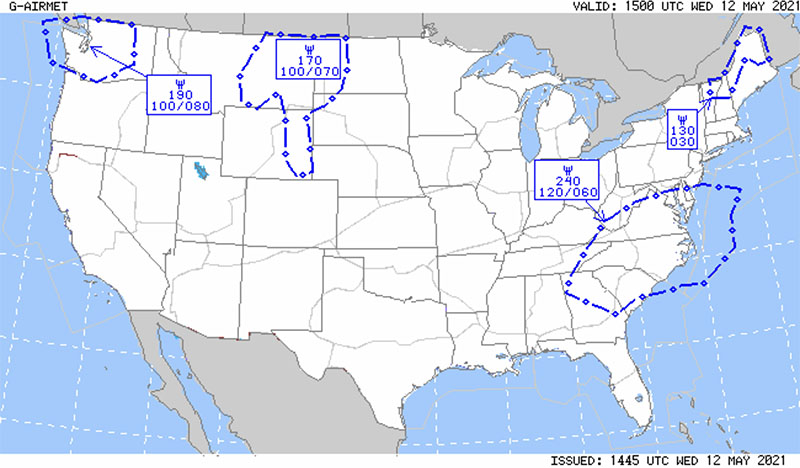 The cloud forecast map shows fairly high bases, but tops are above FL250 in eastern Montana. 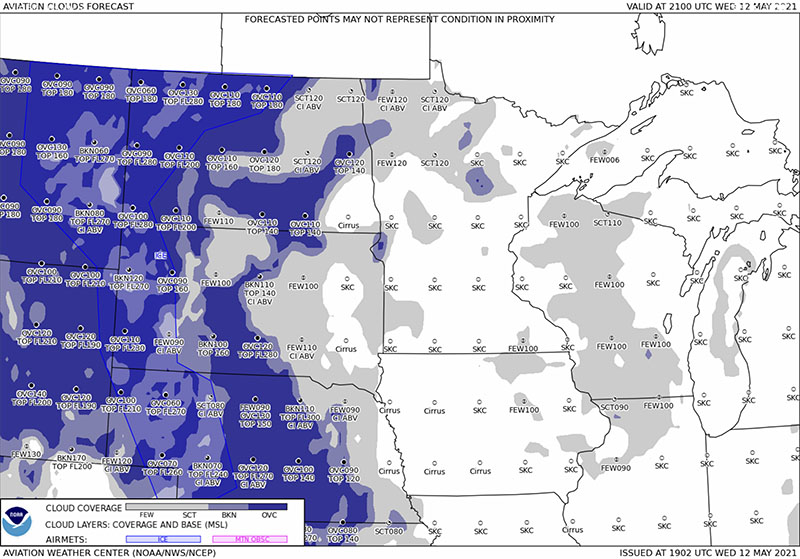 Finally, some good news. The weather at your departure airport is good VFR and is forecast to stay that way. 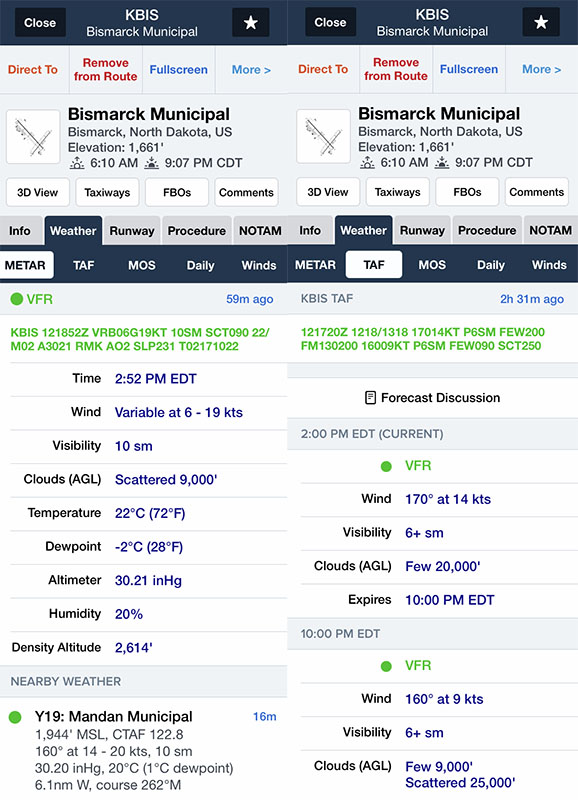 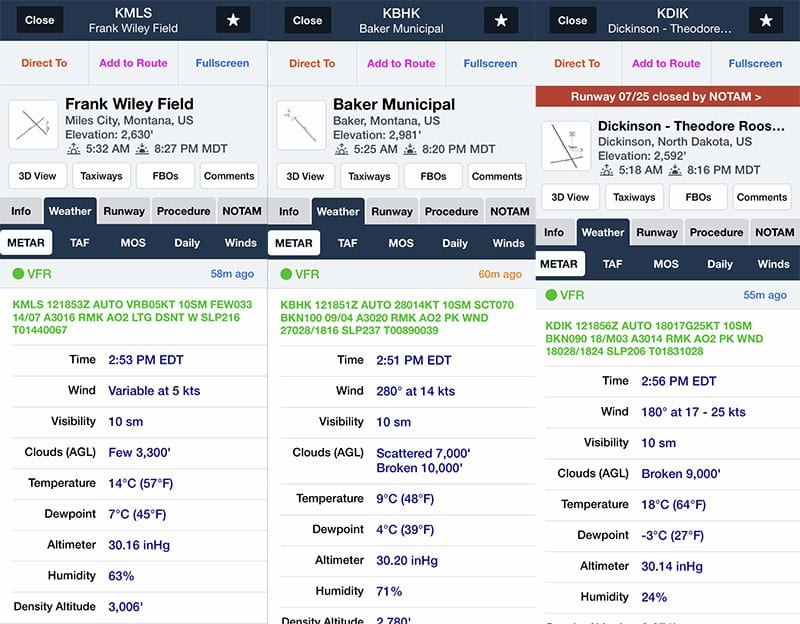 Your destination is also reporting good VFR, and the TAF looks favorable. 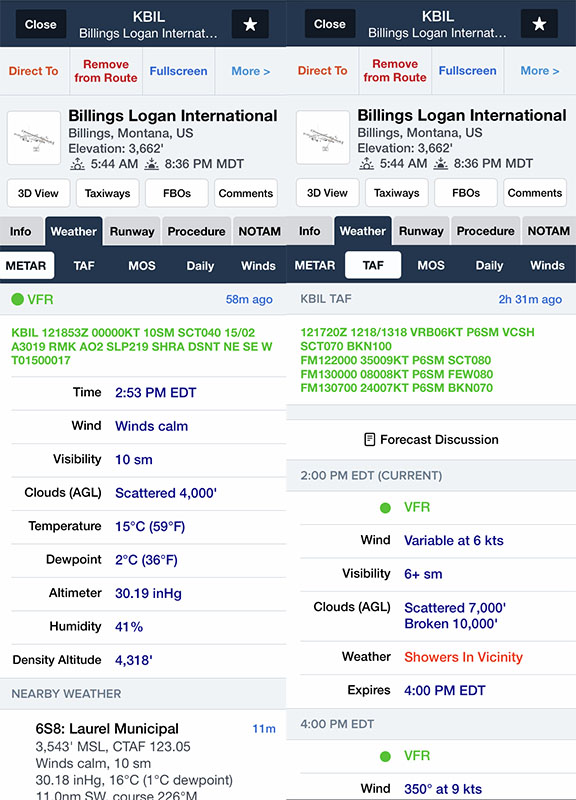 It’s time to make the decision. The weather at your departure and destination is quite good, and you fly a very capable airplane. But there is definitely some work to do en route if you decide to launch, including possible icing and thunderstorms. You could try to go low, and stay out of the clouds, or you could try to go high and get on top of the ice. Then again, you could cancel and play it safe.

How much should the autopilot fly?

Forced to land in Waco
Scroll to top