Blog - Latest News
You are here: Home1 / Article Archive2 / Technique3 / Preparing for the trip of a lifetime to Alaska 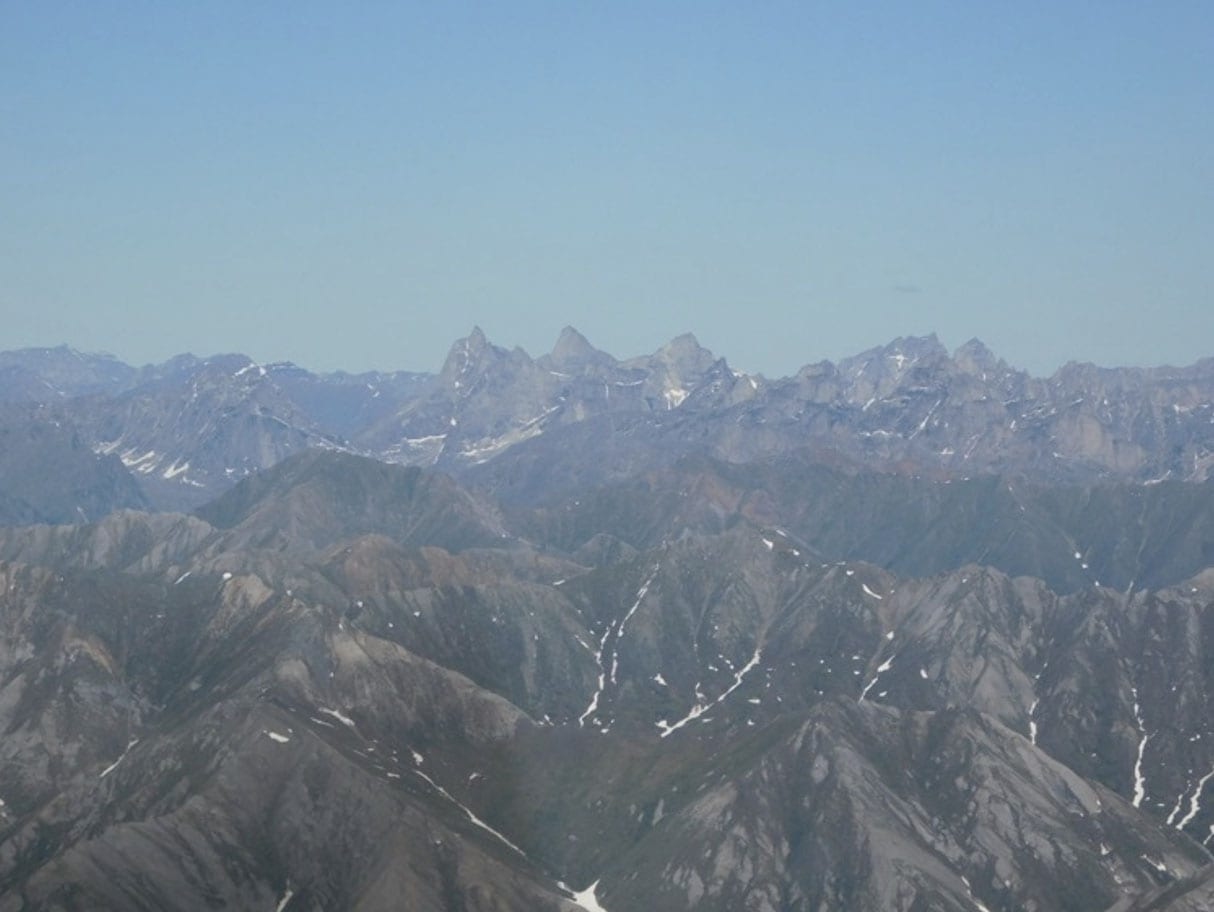 Four decades ago, I learned to fly in a Piper Tomahawk at Fairbanks, Alaska. Since then, through job changes, multiple moves, raising kids, lots of distractions, and eventually retirement, I wanted to go back and really explore the far north by air. So I determined to fly from my home in Charlotte, North Carolina, to the limits of arctic Alaska, then return, flying across northern Canada, finally returning to Charlotte.

My route took me to the westernmost and northernmost airfields on the North American continent—at Wales and Utqiagvik (formerly known as Barrow), in Alaska. I also visited Anchorage, Nome, Kotzebue, and Fairbanks in Alaska, and Whitehorse, Inuvik, Yellowknife, and Churchill, as I crossed northern Canada. Overall, the trip totaled over 9000 nautical miles, across some of the most remote and beautiful terrain in the world. Many of the places I saw are only accessible by air.

I fly a 1977 Piper Arrow—not exactly a stereotypical high-wing, tundra-tired or float-equipped arctic bush plane—but a solid cross-country platform. As I had hoped, I was able to do most of the remote part of the trip VFR, but I had good IFR capabilities when needed (albeit with minimal capabilities in icing conditions). In the 42 years since I learned to fly, when most Alaskan airstrips were dirt or gravel, there is now a fairly decent choice of paved fields—although a multi-hour flight from one to the next—which are friendlier to a low-wing, retractable airplanes. Still, my route included a few unpaved strips. The trip took roughly 80 flight hours, and three weeks of elapsed time, starting in mid-June. This article focuses on the preparation needed for the trip.

IMPORTANT NOTE: Subsequent to my trip, in the current COVID-19 pandemic, both Canada and the State of Alaska have imposed stringent conditions, including restricted Ports of Entry, amount of time in transit, and need for COVID testing and/or quarantine for transit from the United States into and through Canada and subsequent entry into Alaska. Regulations are changing with conditions, and I strongly recommend that you research your options before undertaking this trip.

When this is the view out the window, you need to plan ahead.

There is a lot of preparation for any long cross-country journey, but this trip had two elements that I hadn’t had to include in any of my trips before. These are the specific items needed for flying from the US through Canada, and the preparations for survival, in case of a forced landing, potentially hundreds of miles from the nearest town or road, across a largely uninhabited and often rugged wilderness.

There are four items needed to cross into and out of Canada, in addition to the normal documentation needed for domestic flights. These include FCC Radio Station Authorization for the airplane, FCC Restricted Radiotelephone Operator Permit for at least one pilot or crew member, a Customs and Border Patrol Annual User Fee decal, and registration in eAPIS, the Customs and Border Patrol Electronic Advance Passenger Information System. You will also need proof of insurance.

For all of these items, my advice is, “Start early! You may hit unexpected obstacles.” For example, after starting my preparations, I learned that, due to the partial government shutdown in January 2019, the average processing time to issue a Customs decal doubled from the expected six weeks to 12 weeks. The Radiotelephone permit for the aircraft took six weeks. Fortunately, the Operator Permit came in only a few days, and the eAPIS registration was completed immediately. The personnel on the various agencies’ help desks were very pleasant, but the process can take a long time. This isn’t a problem if you start several months in advance, but don’t put it off until just before you want to leave.

The key URLs for applying for these items are listed below. Keep your credit card handy – all but the eAPIS registration have a fee associated with them.

The list at the end of this article shows a checklist for my pre-trip preparations. Even if everything went as planned, I still expected to be landing in some very remote locations and needed to be pretty much self-sufficient when I got there. So the list includes some items I’d not normally carry for a multi-day cross-country trip in the lower 48.

It is worth noting that ATMs are not available at many small Canadian airports. My arrival (specifically taking a taxi from the airport to my hotel) would have been easier if I had arrived already possessing some Canadian currency.

I found it very handy to have all my documentation organized in a loose-leaf notebook, with each document in a page-protector. That kept everything handy and protected from wind/rain/etc. for meeting with the customs agent upon arrival.

A forced landing is always a daunting proposition, no matter where it occurs. But flying across the Alaskan or northern Canadian bush takes the concept to a much higher level. Much of this trip was across very remote areas, including mountains, vast forests, and a profusion of lakes, where any forced landing is likely to be more than a hundred miles from the nearest human. The likelihood of an airport, road, or cleared field within gliding distance is minimal. Survival preparations better not be of the “lunch and a bottle of water” variety, rather the survival gear to be carried must be sufficient to support the people aboard for at least a week, before help can arrive. It includes food, water, shelter, protection, and signaling.

A complete checklist of the survival gear I took is shown below.

Both Canada and Alaska law require all cross-country aircraft to carry survival gear. Both requirements assume that, due to remoteness, bad weather, and lack of infrastructure, you should expect to be equipped for a week before rescue. An excellent summary of the legal requirements of each is available at Equipped to Survive. Although the requirements have changed in recent years, and are not now as specific as they used to be, their overall meaning hasn’t changed. Summertime survival is somewhat less intimidating than an arctic winter, but it can still be difficult and life-threatening. I worked as a field geologist for seven years in Alaska, and the list noted below contains the items (which exceed the legal requirements) that I feel are appropriate for a week-long enforced stay in the summertime Alaska/Canadian wilderness.

It is worth noting that an important item has recently become feasible to include in the survival kit. While they are still quite expensive to purchase, several vendors now offer to rent satellite phones for a reasonable price. Prior locator beacon technologies could tell rescuers where you were, but couldn’t let you communicate why you were there or what you needed. Did you have engine failure, run out of fuel, or get a flat tire on a remote strip? Is anyone injured? Is the airplane flyable? A sat phone will allow you to communicate with rescuers before they come. Even if it takes days for rescue to come to you, you can ensure that when they come, they bring what you need.

A trip like this is daunting, but do-able. You can’t ignore the need for preparation, but given thoughtful planning and sufficient time, you can indeed be ready for the trip of a lifetime.

Note that quantities of food, water, and camping gear need to reflect the number of people aboard. Duncan Witte
Duncan Witte is a commercial/instrument-rated pilot, who first learned to fly in Alaska in the 1970s. Then, with fewer than 100 hours, life intervened and he took a 30+ year hiatus, before starting to fly again in 2011. He now has logged over 1900 hours. Prior to the Covid-19 pandemic, he was very active in Angel Flight, and looks forward to being able to fly missions again soon. Now based in Charlotte, NC, Duncan is particularly interested in exploring new places by air, and has visited over 350 airports, in 44 states, provinces, and territories in the U.S. and Canada.

An intro flight and shattered dreams
Scroll to top