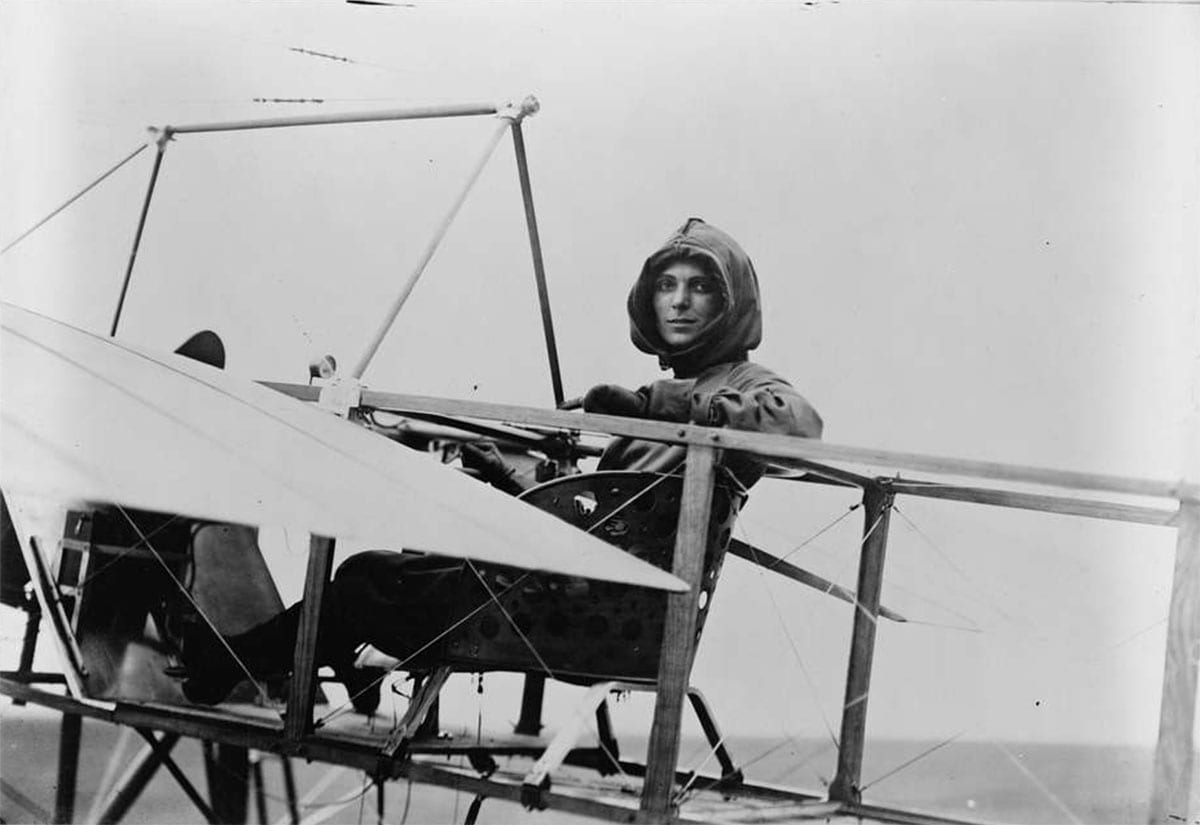 When the 737-700’s engine suffered a catastrophic failure at 32,000 feet, fragments tore into the fuselage causing an explosive depressurization of the cabin. Oxygen masks dropped down and the 149 souls onboard felt severe vibration. The aircraft yawed and began an uncontrolled roll to the left. The flight crew fought to control the aircraft.

While the first officer quickly worked through the emergency checklist, the 56-year-old captain, a former Navy fighter pilot, realized that the Philadelphia airport was best equipped to handle their emergency. Learning that a passenger had sustained critical injuries, the captain chose to make an expedited approach and landing to KPHL. Skill, judgement and a remarkable presence-of-mind enabled Captain Tammie Jo Shults to guide Southwest Airlines Flight 1380 safely back to earth. Her story became part of a long and proud history of women in aviation.

While observing Women’s History Month this month, the names of Amelia Earhart, Pancho Barnes, and Bessie Colman come easily to mind, but the achievements of many less well-known women aviators are also worth celebrating. What follows is simply a place to start…

Harriet Quimby was the first American woman to earn a pilot certificate.

Harriet Quimby, a successful journalist and screenwriter, became the first American woman to earn a pilot’s certificate in 1911. Her new passion led to her professional debut as a member of an aviation exhibition team that drew crowds wherever they appeared. She competed in meets and races across the country, actively promoting the economic potential of commercial aviation. On April 16, 1912, she flew a Bleriot monoplane from Dover to Calais, becoming the first woman to fly across the English Channel. Eighty years later, the US Post Office issued a commemorative stamp featuring her picture and the Bleriot monoplane along with the simple statement “Harriet Quimby: Pioneer Pilot.”

At the age of 41, a Phoenix photographer named Ruby Wine Sheldon, accepted a challenge from her coworkers and learned to fly. She became one of the organizers and a participant in the Air Race Classic. Sheldon ultimately logged over 15,000 hours during a distinguished career working for US Geological Survey, flying remote-sensing missions from Alaska to the Panama Canal. She also held the first helicopter instrument instructor certificate ever issued by the FAA. Ruby Sheldon was honored in an exhibit at the Smithsonian Air & Space Museum and was inducted into the Arizona Aviation Hall of Fame.

In 1932, Jackie Cochran, known for audacity, force of will, and what she described as her “can’t sit still buzz,” earned her pilot’s license in three weeks, displaying a natural affinity for flight. Finding herself grounded by fog, she immediately threw herself into instrument flight training. Jackie broke records at break-neck speed, winning the Los Angeles to Cleveland Bendix Trophy in 1938 and setting a new women’s world speed record. Before the US joined WWII, she ferried American-built aircraft to Britain, becoming the first woman to fly a bomber across the Atlantic. After the war, while serving in the Air Force Reserve as a lieutenant colonel, she received three Distinguished Flying Cross awards. She became the first woman to break the sound barrier in 1953. At times referred to as the “Speed Queen,” Cochran at one time held more speed, distance, and altitude records than any other pilot in aviation history.

Nancy Harkness Love was a founder of the WASPs.

Thirteen-year-old Nancy Harkness Love was at Le Bourget Airport in Paris to witness Charles Lindbergh’s historic arrival. At 16, she earned her pilot’s license. By 1937 she was competing in air races and working as a test pilot, helping to develop the first tricycle landing gear. During WWII, she and Jackie Cochran formed what became the Women Airforce Service Pilots (WASP) to help transport aircraft from factories to bases. Love became certified in 19 military aircraft. She was later accorded the rank of lieutenant colonel in the US Air Force Reserve. In 2005, Love was inducted into the National Aviation Hall of Fame in Dayton, OH.

US Air Force Colonel Eileen Collins, a military flight instructor and test pilot, was selected for astronaut training in 1990 and made aviation history as the first female commander of a Space Shuttle in 1995. She has flown four shuttle missions, logging 38 days, 8 hours, and 20 minutes in space. She is one of more than 60 women who have traveled into space as astronauts/cosmonauts.

Tracy Pilurs secretly began flying lessons in 1942, logging three hours and 20 minutes before her mother found out and made her quit. It wasn’t until 1957 that she got back to serious flight training, completing her check ride in March, 1958. A few months later, she was introduced to aerobatics by Duane Cole. Among the ratings she eventually earned were ground instructor, commercial pilot, free balloon pilot, flight instructor and airframe mechanic. As a single mother of six, she participated in the Powder Puff Derby, flying a Bonanza in the coast-to-coast race in 1962 while her children enthusiastically monitored her progress on ham radios. A year later, she borrowed a clipped wing Cub and won the Women’s National Aerobatic Championship. Over a four-year period, Pilurs, with help from her children, built a Smith Miniplane in her garage and flew it to the EAA Fly-In in Rockford in 1964. She won her second aerobatic championship in the Miniplane the following year. She later wrote extensively for aviation magazines, including a monthly column in Private Pilot.

Jerrie Mock received an award from President Johnson in 1964.

In 1964, Jerrie Mock, the only woman in her aeronautical engineering class at Ohio State, became the first woman to fly solo around the world in an 11-year-old, single engine Cessna 180. A mother of three with just 750 hours of flying, she flew east from Columbus, Ohio. She had never flown over open water before. The route took her through the Azores, North Africa, the Middle East, Asia. and through the Pacific Islands, covering nearly 23,000 miles. It included 21 stops and took 29 days and accomplished what her heroine, Amelia Earhart, had died trying to do. At the time, the media dubbed her “The Flying housewife.” After her historic flight, the Cessna Aircraft Company gave her a Cessna P206, but the taxes and fees made keeping it unaffordable. Several charitable groups helped raise funds so that the plane could be transferred to a group of priests working in remote villages in Papua New Guinea. Mock flew it there in 1969, setting a number of speed and distance records along the way. It was her last flight as a pilot. In 2019, Jerrie was inducted into the Ohio Civil Rights Hall of Fame for her accomplishments in women’s rights, freedom, and aviation. Her Cessna 180 hangs in the National Air and Space Museum.

Showcasing the many stories and helping to preserve the history of women in aviation is the mission of the International Women’s Air and Space Museum, located at Burke Lakefront Airport in Cleveland, Ohio. Though the building is temporarily closed to visitors due to the pandemic, the museum’s website offers an extensive list of resources for anyone interested in the many achievements of women in aviation and space exploration.