Blog - Latest News
You are here: Home1 / Article Archive2 / I was there3 / How I almost got shot over a courtesy car 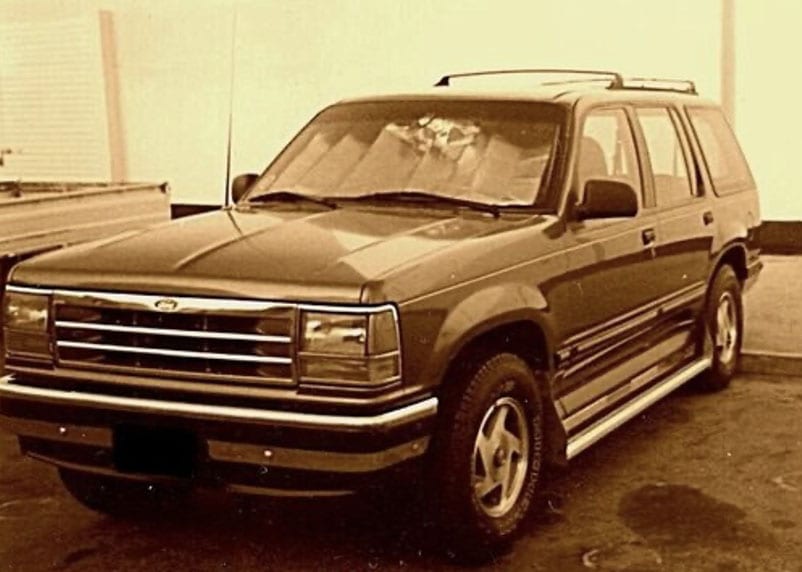 Author’s note: This tale of woe occurred March 26, 2011. I wrote what’s below within 48 hours of the event. Other than recently adding photos and cleaning up typos/tense etc., I’ve left it as is.

I thought y’all might get a kick out of this. True story.

On Saturday night I flew from my home base at Houston-Southwest (AXH) to Boerne Stage Airfield (5C1), a small, public-use airport about 30 miles northwest of San Antonio, for the Tall Texan Triathlon in Boerne on Sunday morning. Simple flight plan.

In anticipation of the flight, on Wednesday I’d contacted the Boerne Airport office and spoken to the super friendly front desk manager there, Michelle, about a car to use. Small airports almost always keep handy what they call a “courtesy car,” usually a beat-up old thing they loan for free to pilots (as long as we replace the gas). Boerne had such a car: a 15+ year-old, beat-up, brown SUV. There was a grainy photo of it on the airport’s website, and I asked Michelle if I could have it for Saturday night until Sunday afternoon. “Yes, of course, I’ll leave the keys on the front seat, just leave the $25 overnight rental fee on the front seat if we’re not here when you leave.”

As an aside, and ironically, earlier that day I’d flown into the La Grange airport (3T5), where I’d left a message asking the airport owner if he had such a car available (I needed to drive to my cousin’s wedding two miles away in La Grange). He had called me from Costa Rica to let me know that he didn’t have a courtesy car, but instead he gave me the code to his hangar, which contained his Cadillac he let me borrow. When I described my plans to my friends that run our hangar at Houston Southwest Airport on Saturday morning, I gave a 30-second monologue about how refreshingly friendly and generous and trusting the general aviation crowd was…

The plot thickens. So, I landed in Boerne about 7:50 p.m. It was already dark. There were five cars in the parking lot, but none of them was an old brown SUV. I went into the airport office. It was unlocked. Some of the lights were on, but nobody was there. I rummaged around, but no note, no clue as to where the SUV might be. About 8:10, I sent an email and left a voicemail for Michelle; no answer.

Is that the courtesy car?

I walked back outside and wandered around the corner of the office, thinking there might be another parking lot. Lo and behold, there was an open hangar door (actually a breezeway hangar with doors open on both sides) with a beat-up old brown SUV parked inside. Sure enough, the windows were down, and the keys were on the front seat. Oddly, though, there was a picnic table in front of it. Well, it was a nice day, maybe they barbecued. So, I moved the picnic table out of the way, got in the SUV, fired up the reluctant engine and turned on the lights to make my way the 125 feet or so from the hangar to the plane to unpack my bike and other gear.

Then… “GET OUT OF THE CAR! GET THE HELL OUT OF THE CAR! HANDS IN THE AIR, ASSHOLE! HANDS IN THE AIR!” Before I got moving, a huge, wild-eyed, burly guy about 50 busted out of a side door of the hangar about 30 feet from me, pointing the biggest silver pistol I’ve ever seen RIGHT AT ME, yelling at the top of his lungs. Holy crap! The best I could do was literally whimper: “Please don’t point that at me. Please don’t point that at me,” as I slowly (very slowly, hands raised) slinked out of the car. “I’m just here to borrow the courtesy car. Michelle at the airport said I could have it for the night.” He was waving the huge steel gun around wildly in circles then pointed it RIGHT AT ME and screamed: “GET ON THE GROUND! GET ON THE GROUND ASSHOLE! GET DOWN! GET DOWN NOW!!”

I was in no position to argue, so I hit the ground, positively terrified, spread eagle, cheek literally stuck to the concrete hangar floor, my flip-flops hanging off my feet and my “Scuba Bahamas” ball cap half knocked off by the floor.

“GET IT OUT ASSHOLE, SLOWLY! SLOWLY I SAID!” At this point, the “asshole” bit was getting a little old, but he probably still had the gun pointed at me, right? So, I slowly (oh so slowly) pulled my wallet out of my pocket with two fingers and flung it in his general direction (I still couldn’t see him).

I pointed out the hangar door: “That’s my plane right there, ma’am. I’m just trying to borrow your airport courtesy car. This car looks exactly like the one I’m supposed to borrow. The keys were on the seat just like Michelle told me they would be.” Remaining unspoken: “My plane may not be fancy, but if you think I flew it in here so I could steal your moldy 1985 Mercury Mountaineer, you’re off your frickin’ rocker.”

“Yes, sir, I just flew in. That’s my plane right there, sir. [Please, use your brain.] Sir, I’m just looking for the courtesy car. Sir, my phone is right here. I just sent Michelle from the airport an email and a voicemail about where I could find the car. Please, take a look.” Lots and lots of “sirs” came out of my mouth.

Unspoken: “Hey jackass, this is a public use airport that’s operated in part with taxpayer funds and anyone who can afford the $6 fee can land here whenever they damn well please.” Spoken: “I’m very sorry, sir, I don’t know what that is.”

Anyway, to make a long story short, after a load more disparagement and haranguing with my face plastered to the concrete floor, Gunman got the airport manager on his phone and calmed down, his wife calmed down, and my phone started ringing: Michelle was calling me back to tell me an employee borrowed the (other) old brown SUV and that she’d be right back to get me a different car. I realized I wasn’t going to get shot or pee my pants. He let me up and (finally) stopped waving the gun in my general direction, wanted to shake my hand, and said to me, “You know, sorry about that, but our first instinct out here is to lock and load.” No kidding? I suppose that was better than “shoot first and ask questions later.”

I apologized for trying to steal their car and offered to help them move the picnic table back. I asked for their names, telling them I wanted to send them a pecan pie for their trouble or something (like find some regulation he’d busted by wielding a giant loaded pistol at a public-use airport), but they just shooed me out of the hangar. The whole thing seemed to go on forever, but looking back at the times on my phone, it was no longer than 15 minutes. So, I went on my way, got a different car from Michelle, no longer nervous at all about the race the next day, just delighted not to have a few holes in my chest.

After the race Sunday, another competitor came up to me and said, “Hey, I want to talk to you. Every time I saw you on the run course, you were smiling.”

I said, “That just means I wasn’t running fast enough!” But what I thought was, “Just happy to be here!”

As a post-script, I flew to Lubbock a few months later, in June 2011, for another triathlon (Buffalo Springs 70.3). The awesome folks at Lubbock Aero must have heard this story, because they made it super easy for me not to get shot…

And as a further (2020) post-script, of course I’d go back to Boerne Stage Airfield. By all accounts, it’s otherwise a friendly and well-run field. I don’t, however, recommend trying to steal a car there… 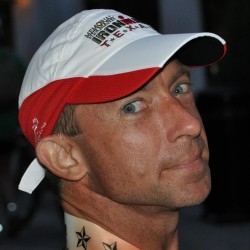