Blog - Latest News
You are here: Home1 / Article Archive2 / I was there3 / Pitch black landing in Vietnam 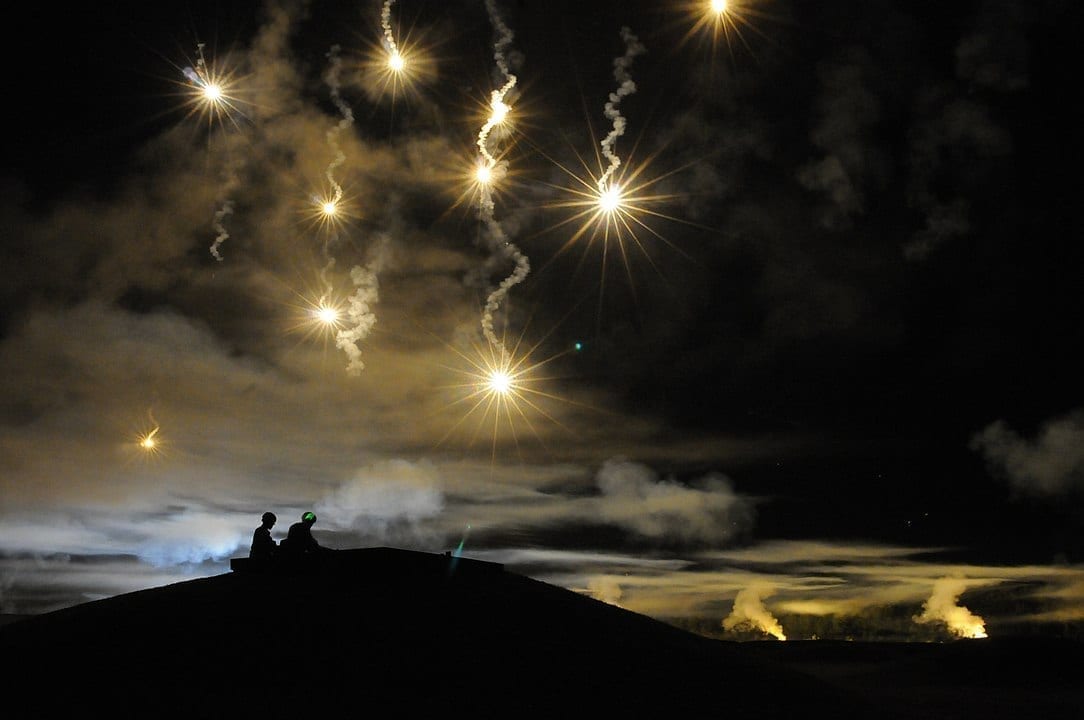 I was stationed in Saigon, Vietnam, with the 19th Air Commando Squadron flying C123 aircraft. The Air Commando motto was “any time any place.”

My mission this day was called the mail run. It was called mail run because we took mail and passengers and flew a prescribed run that started in Saigon went to Vung Tau and then proceeded along the east coast of Vietnam to all of the stops along the way up to Da Nang. We then turned around and repeated the same process to all of the stops on our way back, dropping off and picking up mail and passengers at each of the stops. I was an instructor pilot, with a new pilot in country on his first mission pilot check-out flight. He was also my brand-new Squadron Commander.

This was a normal mission to begin the mission pilot checkout in country. For this mission, he was assigned to the copilot seat so he could participate in and observe crew coordination and see all of the country that this mission provided.

This mission with all of its stops, including lunch, refueling, and other delays, consumed the whole day. When we arrived back at Vung Tau, it was dark. We left Vung Tau on our way back to Saigon and I checked in with the air lift command center (ALCC) to give them all the stats for the flight. They asked me if I could divert to pick up an air crew whose aircraft was not airworthy; they were afraid that they were going to get mortared that night. I looked in the direction of the field, but it was pitch black—not one light of any kind as far as I could see.

I asked ALCC if they had any runway lighting. They stated that that field did not have any lighting. I told ALCC to stand by. I got out my list for the artillery units for that location, called the first unit and asked if they had any parachute flares. They responded that they did, and I asked them to pop one.

When you don’t have runway lights, you improvise.

It took a couple of minutes, but they lit up the whole area. I contacted ALCC and told them I would go and pick the crew up. I then asked the artillery unit to get a few more flares ready and told them I would tell them when to pop one. It was pitch black and I could not see where the field was, but I estimated that I was getting close enough that I would have to start thinking about turning downwind. I asked him to pop another flare. I used that flare to position myself on downwind. It went out before mid-downwind. I asked for another one, and before I started turning base leg. I asked for another.

I was established coming down final, however the flares were coming down to the point that I had to use one of my hands to shield the extremely bright flares so that I could see what I was doing. Just as I started my flare for landing, the last mortar flare hit the ground and went out. It was pitch black and my night vision had been ruined by the extremely bright flares. The aircraft hit the runway and I immediately went into reverse pitch and got on the brakes. I stayed in reverse pitch until some of my night vision came back and I could see that the dust was coming around and being blown in front of the aircraft.

I came out of reverse and the dust cleared. The field had a parking area to the right of the runway with two exit taxiways from the runway into the parking area. The taxiways were located approximately 1/3rd of the way down the runway and the second one about two thirds of the way down the runway. After I came out of reverse, I saw a taxiway to my right and turned on to that taxiway. I thought that I was at the last taxiway further down the runway, so when I reached the ramp, I started to turn to the right to enter the ramp. I did not see any asphalt, so I stopped my turn. I turned back to the left and started taxiing back towards the other C-123. The crew was running towards us so I stopped. They piled in and away we went.

On the way back to Saigon, the new Squadron Commander asked me if this was normal. I told him that in our operation things similar to this happened almost every day. We definitely had to improvise to get the job done.

Other night landings were accomplished mostly by the Army using 100mm howitzer shell casings filled with sand and JP4 burning for runway markers. The smoke coming from the homemade flare pots mixed with the high density, fog-like air to further reduce the visibility. This required us to start our approach fairly low so that we could see under the mist or fog and locate the runway.

One night we were resupplying a base that was under attack. Things started getting bad, with us starting to get more and more ground fire. Word got around through the radios for us to make black out approaches. We did that and only used lights in the offload area to keep from running over anything or person. Later that night we were told, “Don’t come back, we can’t provide protection. They have penetrated our perimeter.” We terminated our mission.

Friday Photo: Dominican Republic from a TBM
Scroll to top