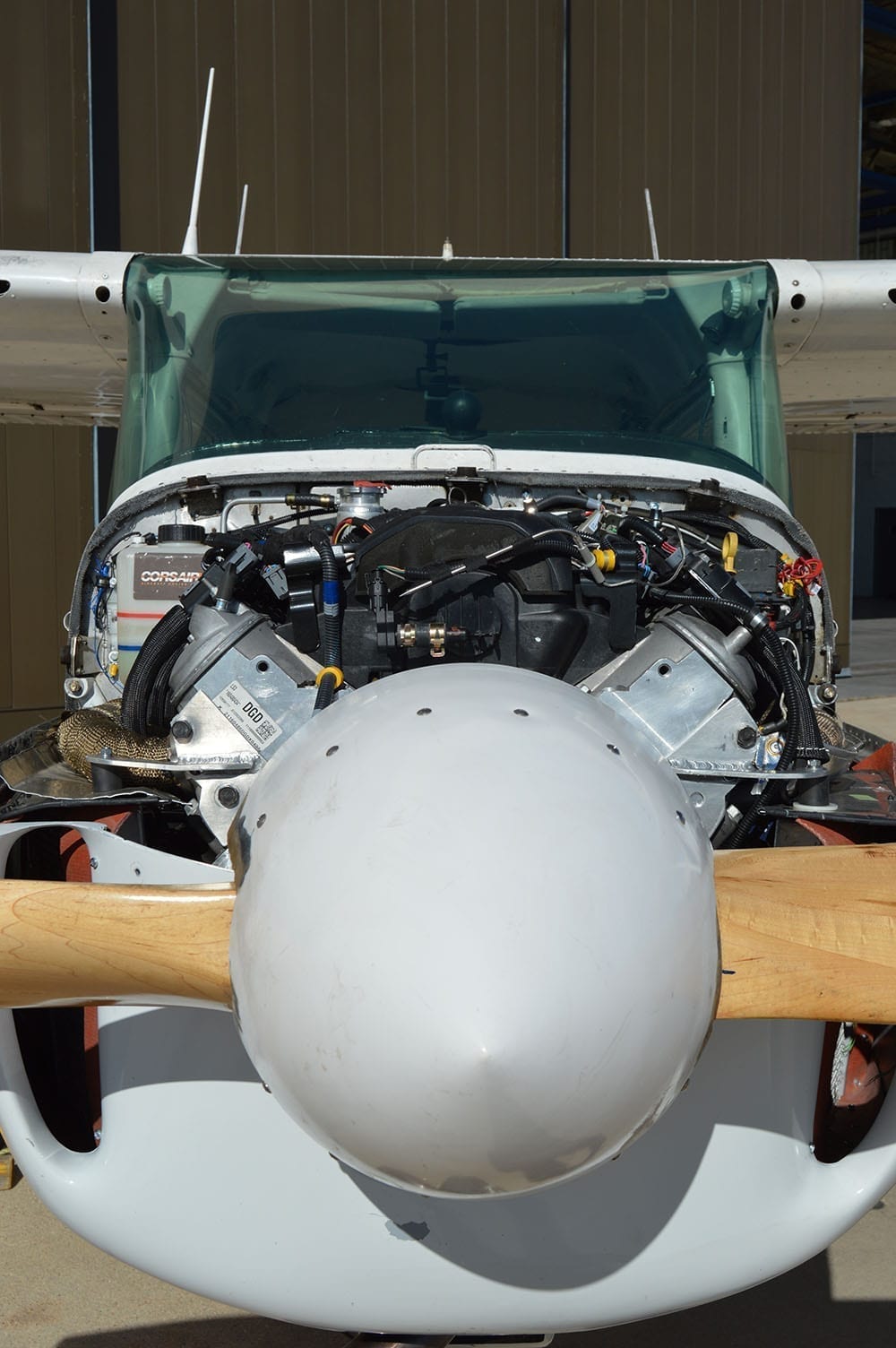 When I learned to fly in the 1980s, the school’s fleet was comprised of already decade-old Cessna 172s, most of which clearly showed their age and the toll of countless training maneuvers, hard landings, and checkrides. The seats and interiors were already well-worn and faded, seat belts stained and produced odors of the many previous occupants, plastic dashboards cracked and re-glued multiple times, the original 1960s NAV/COM radios scratchy with often only one properly functioning, not to mention the multiple cowling screw heads stripped from a decade of inspections, oil changes, and engine overhauls.

Back then I paid $45 per hour, wet, for a 172. The CFI cost me another $15-$20/hour depending if VFR or IFR training, and there was no requirement to have your own renter’s insurance (the FBO did offer a $3/hr option that would limit max deductible to $500, but few took then up on the offer). My PPL cost me about $3,500 total, including checkride and even a shiny new Peltor folding headset. There were plenty of planes to rent at numerous small airports due to “trickle-down economics” tax laws that made lease-backs make financial sense. Cessna was producing the same 172s at a rate of over 2,000 a year to pacify demand of FBOs, flight schools, flying clubs, as well as personal buyers—who viewed the price tag of about $17,000 as feasible.

Thirty years later, the same airplanes are flying at flight schools all across the US.

Over three decades later, my daughter expressed interest in learning to fly, and I started calling around to flight schools to figure out where to begin. Although I had a GA background and built time as a CFI, I’ve been flying for the airlines for three decades and have been absent from the GA scene, which I mistakenly assumed had long evolved and would now seem foreign to me.

After just a few calls, nothing had seemed to change except that the same 1970 vintage 172s were now renting out at $115-$125 per hour. Even more unbelievable was that the same engines were used and still required leaded gas—the EPA and FAA seemed hell-bent on eliminating lead’s poisonous emissions in the early 1980s. Somehow aviation became an inverted pricing model compared to all other industries, wherein the older and more worn a plane is, the more it cost to rent, and remained immune from any emissions rules that required all other engine industries to evolve.

Quickly calculating aircraft rental cost alone for a 60-hour private pilot program in my head, it was obvious that there had to be another way. I looked into experimental kit planes, but I had neither the time nor facility to build it, and was uncomfortable buying a completed homebuilt with little way of knowing how or who put it together.

So I began looking into buying a certified plane, but quickly realized there wasn’t all that much savings considering cost of ownership, let alone what I deemed to be ridiculous prices for 40-year-old aircraft in mostly original condition. What used to cost me $45/hour to simply rent and walk away—leaving the ownership cost to some owner who would write it off their tax return—now would cost over $60/hour just for the engine direct operating cost (fuel, oil, overhaul reserves). The engine cost was the real deal breaker, and there had to be some alternative.

The only alternative engines I could find for the 172 were diesel engines that cost over $100,000 for the conversion, and offered little in operating cost savings. My background in marine engineering reminded me how the boat industry develops powerplants. Even the largest marine engine manufacturers use mass-produced automotive engines that they modify for the boat mission, an engineering process I was more than familiar with. This process, called marinization, allows the relatively small marine engine segment access to the newest technologies, state of the art quality control of some of the worlds most successful companies, and at a lower cost of goods then they could even dream of if vertically developing their own product.

I wondered if the same process could work for aircraft engines, and began the experiment of designing and modifying a V8 aluminum marine engine to meet FAA Part 23 and 33 requirements, then install it onto a Cessna 172 airframe. (This wasn’t an original concept, as I discovered. Toyota and Porsche actually certified modified versions of their car engines, but quickly closed the program for a number of practical reasons).

A new approach to aircraft engines.

Almost two years later, with seemingly never-ending obstacles along the way, FAA regulatory hoops to jump through, and even a few small engine fires during ground test, our 1969 Cessna 172K lifted off for its first flight. Regardless of my experience as a former FAA designated engineering representative (DER) and flight test pilot, I admit questioning the logic of bolting a V8 to a Cessna during that first takeoff, especially without a parachute. But the 210 HP Skyhawk flew off with far better takeoff and climb performance than the original POH said it should have, even with our hand carved wooden prop designed to reduce noise.

Vibration meters read normal, air/fuel ratios remained almost perfect, and the several temperature sensors throughout the engine remained as designed. Our redundant electronic fuel injection system worked seamlessly—restarting the windmilling engine within one second after intentionally failing the main ignition and fuel systems. The backup fuel pump also operated as designed, automatically and immediately returning fuel pressure to normal after pulling of the main pump circuit breaker. The alternator circuit produced enough power with just windmilling prop rotation to power the backup ignition system and restart the engine with both batteries off line. The aircraft flew just as any 172, and the absence of mixture and carb heat controls made it noticeably easier to operate.

After about 30 minutes of working through the first flight test plan, it seemed that not only could an experimental-certified hybrid work economically, it could work in lower noise and tailpipe emissions, all while producing better performance.

We continued to improve the design over the next two years to make the aircraft quieter, more efficient, safer, and cheaper to fly. We hired the same engineering firm that worked with the automotive manufacturers on the same EFI system that we use in our design, starting from scratch with blank engine controllers and custom calibration programming specific to the aircraft mission. We worked with certified propeller manufactures to develop even quieter and more efficient designs over the 200 hour flight test plan.

Currently, our 172 costs about 1/3 less to fly (fuel, oil, reserves) compared to the original engine. At current car gas prices, average cost is less than $19/hr, compared to the $62/hr with the original O-320 engine. Added features, such as the digital engine display that monitors over 75 engine parameters and alerts the pilot when something is out of the norm, further reduces workload and distractions. We added the ability to connect to the engine controller by WiFi for reading fault codes, engine logs, and performing remote troubleshooting and tuning to support the product from anywhere in the world.

That ain’t no Lycoming.

My daughter has logged steep turns, stalls, slow flight, and touch and goes, and I figure her private pilot aircraft cost should be south of $1,500 for about 60 hours when taking the check ride planned on her 17th birthday. We look forward to building time flying to air shows as soon as things return to pre-Covid norms, and exhibiting that there are practical alternatives out there for GA to reignite by thinking outside the certified box.

The project received a FAA G1 issue paper for an STC to install the engine on other 172s, but certification cost requires outside investor funding and we have not found the right partner yet. Certification brings a lot of product liability baggage as well, so simply operating a 172 or other certified piston aircraft in the experimental category may be the answer for many. Our FAA experimental operating limitations are about the same as an amateur-built aircraft, and we don’t plan on leasing it back, renting, chartering, or even landing at any class B airports, all of which are prohibited for experimentals. So, for a personal or equity based flying club (where club members own a fraction of the aircraft), there is little compromise, negatives of which are eclipsed by the 60% lower operating cost.

So, practical solutions to what ills GA may be more of a compromise between certified and experimental, rather than to simply continue waiting for one industry to come up with a solution. With just one engine design, we eliminated need for leaded gas, decreased pilot workload of managing archaic engine controls and monitoring gauges, all while increasing performance and reducing cost to a level that most would-be aviators can afford. It may not be a perfect solution, but aviation has a long history of design compromises to produce practical solutions. 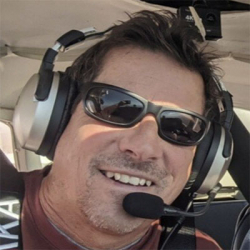 Jay O'Donnell
Jay is an airline pilot and founder of Corsair Aircraft Engine Company. Corsair was founded in 2015 to find a better solution for keeping legacy aircraft flying, and reignite GA. The engine design had to cost far less to own and operate to make financial sense for the aging GA piston fleet, as well as be far more environmentally friendly. Corsair is based in Colorado which provides a diverse flight-testing environment, and is currently exploring potential market interest for its engine conversion kit for legacy aircraft models up to 375 HP.

From a rusty pilot: it’s not quite like riding a bicycle