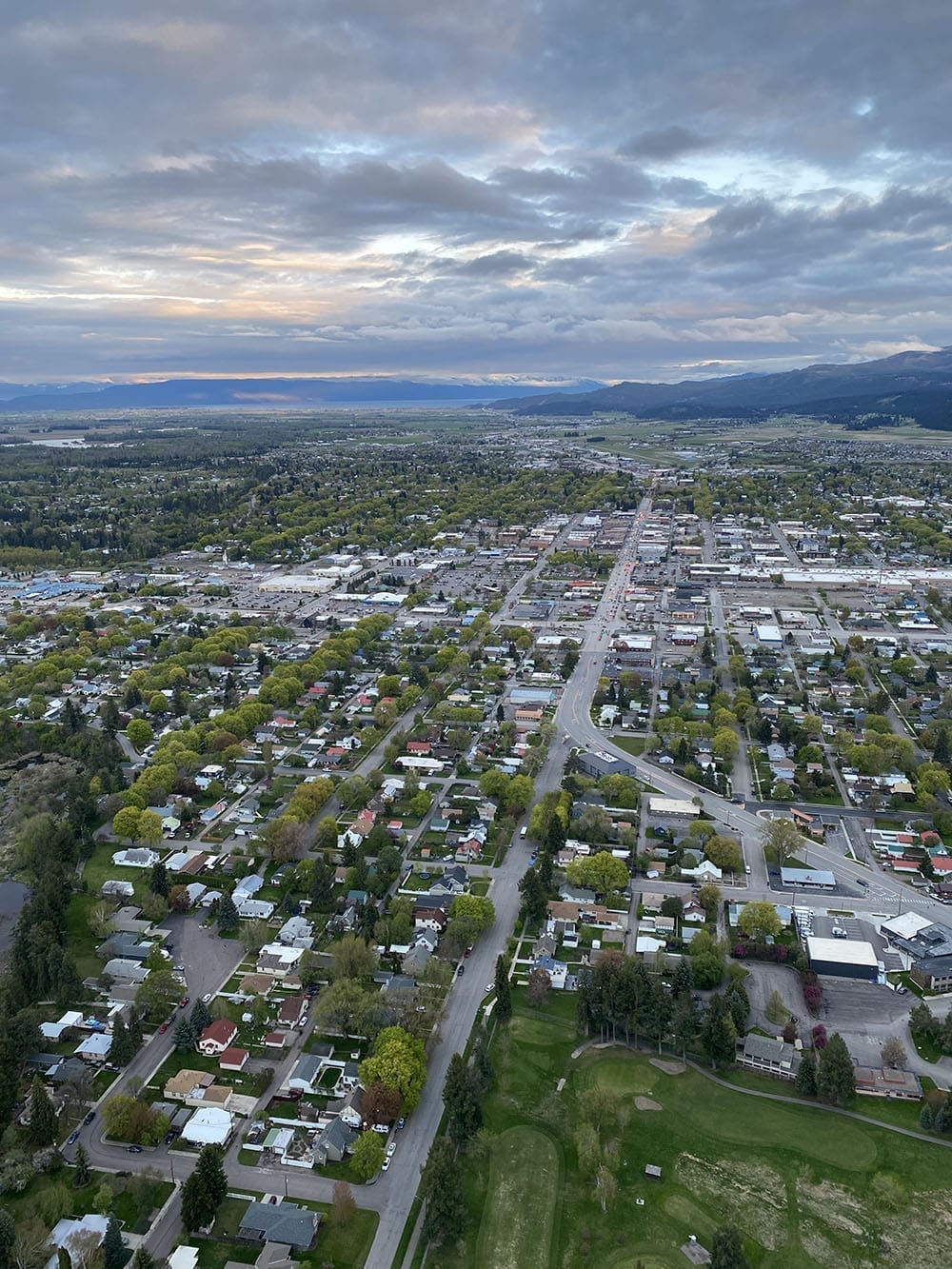 Hot air ballooning is rich in both history and traditions. With its start all the way back in 1783, it is an original form of aviation. I won’t get into history and especially the traditions because those are best learnt and experienced in your first flight in one.

I was recently given the opportunity to get to go up in a hot air balloon here in Northwest Montana. Comically, the pilot that offered the ride is the only one with a lighter-than-air license within 100 miles. The first two times, the weather didn’t allow a flight. However, the third time was the charm.

As a fixed wing pilot, I was shocked at the amount of pre flight preparation a hot air balloon requires. It goes far beyond looking at some METARs and winds aloft. And that’s just to get an idea of a launch site. After doing some driving and arriving at a possible spot, a “pi-ball” (kids balloon full of helium) is put in the air and a magnetic heading is taken off of it. It is a good sign if the balloon climbs before it goes laterally; loosely translated, it means the winds are acceptable for the balloon. Then using an app on the phone, Casey (the pilot) drew a couple of different magnetic lines to figure out where to launch from, in order to put him where he wanted to end up.

The view really is hard to beat.

We eventually picked a school parking lot as a launch site. It’s a pretty incredible experience to watch the process of the balloon coming to life, from sitting in a trailer to fully inflated and upright. It’s not scientific or anything, it’s just magical in a way. Once it was stood up, Casey told me to climb in the basket, which I excitedly obliged. We stayed within a few inches of the ground since we were tethered to the front of his truck. It was very calm and the balloon was behaving itself on the ground.

Once we were ready for flight, he ordered the crew to get some slack in the line, and then Casey released the tether. Instantly we were moving west and climbing. It wasn’t a jolt though—the only way you realized you were moving was by sight. I was very impressed by the climb rate; it seemed like just a couple of burns and we were at 1,200 ft. AGL.

Once at “cruise” we took in the 360-degree, almost completely unobstructed views. With a combination of burns and opening the parachute at the top of the envelope to let hot air out, we stayed at a pretty steady altitude. Mechanically a hot air balloon is very basic, which I didn’t realize until my first flight. It adds a sense of adventure and fun.

The landing was extremely smooth, way smoother than I thought it would be. As he released the hot air the basket came to a halt within 15 ft. of where we first touched the ground. About 30 seconds later, most of the envelope was deflated or on its way down. Now we were just waiting on the chase vehicle.

Watching the landing process was extremely interesting. Due to the envelope being so large, it takes a few seconds for the fresh, hot air to reach the top and actually make the balloon climb. With this in mind, it seemed to me to be difficult in judging how to arrest our descent without climbing back into the sky. Obviously this changes with practice but as a fresh mind it seemed difficult.

Another thing about this story is that heights sometimes scare me. I thought that I may have a problem with this in the balloon basket, however, I wasn’t bothered at all. Since I am a taller guy, the lip of the basket was lower on me then I would’ve liked. Holding onto the uprights with one hand, though, solved my uneasiness. Not once was I completely bothered by being in that basket.

Whether you are a pilot or an enthusiast, I highly, highly suggest taking a balloon ride. It is back-to-your-roots aviation and incredibly fun. It is also a good opportunity to talk aviation with the public, as a stood-up balloon seems to attract a lot of people. If none of that sounds fun to you, the traditions itself are worth it.

Hours of boredom, followed by…