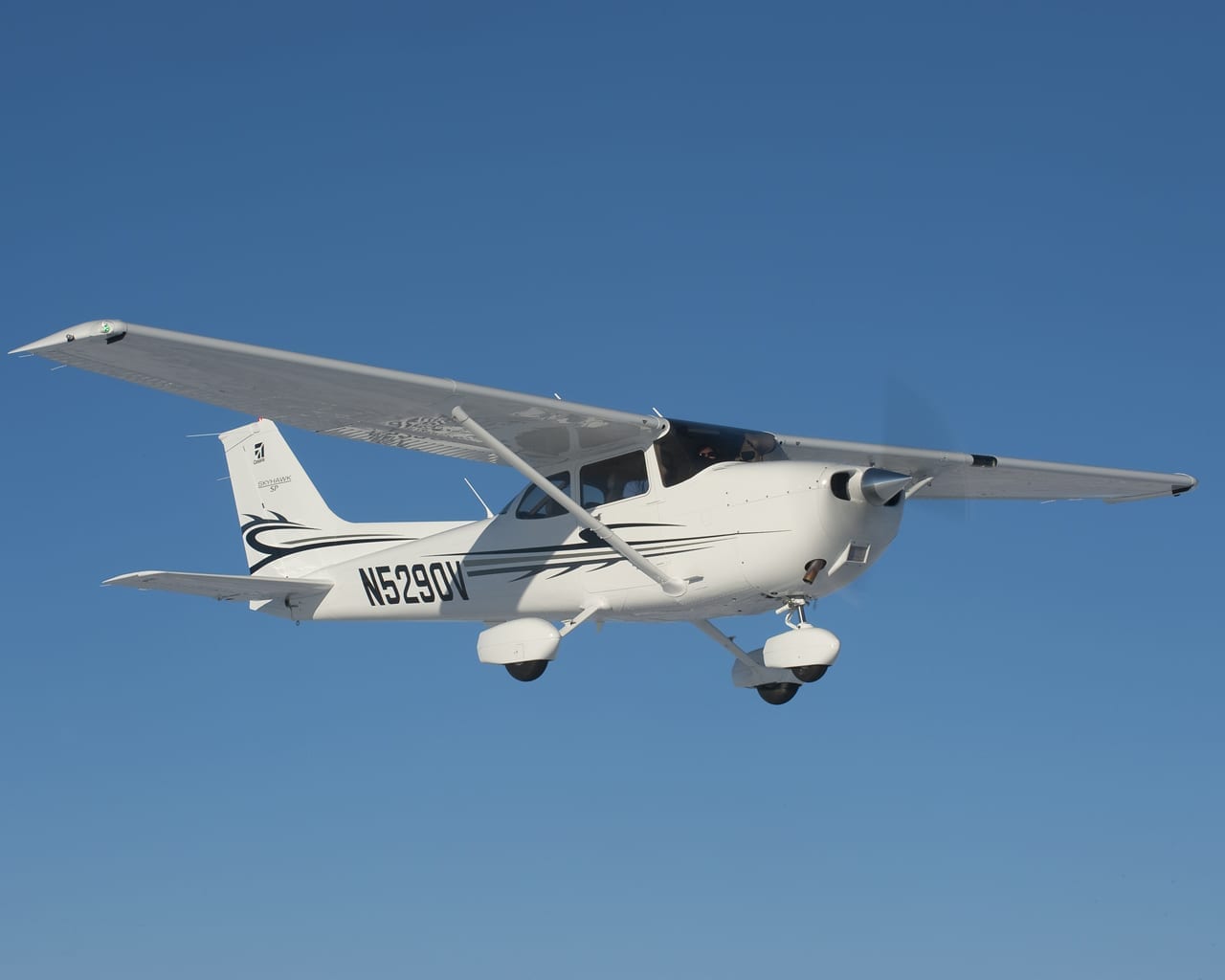 You don’t get to pick your parents and most pilots don’t get to pick the airplane they learn to fly in. If the local flight school has a beat up old Cherokee, that’s what you’ll fly, whether you love Pipers or not. But once you earn your license, it’s a real thrill to check out in (or at least log some time in) a variety of airplanes. I actually think this is more interesting than adding a new rating—new models offer new adventures and new lessons to learn, and there are no annoying FAA tests to pass.

What should you fly? Almost anything with wings. I might skip the rare Soviet warbird that hasn’t flown in 25 years, but unless you have reason to doubt the design or construction, strap in and go flying. You won’t catch Barry Schiff; still, it’s fun to try.

While all airplanes have stories to tell, some are more important and more interesting than others. Here are five I believe should be in every pilot’s logbook or on their to-do list. These aren’t necessarily the best or most exciting airplanes ever to take to the skies, but they define specific ages in general aviation and make up the rich history of our industry. Call it the general aviation canon.

1. Piper Cub. The familiar yellow taildragger almost single-handedly created general aviation in America, teaching an entire generation of pilots to fly. Consider the numbers: in 1939 there were fewer than 35,000 pilots; by 1950 there were over 500,000. One key reason so many Americans earned their license was obviously the military, but that meant the Cub was often their first airplane. In fact, nearly 20,000 were built in less than a decade. For comparison, only 10,000 piston airplanes total were delivered between 2010 and 2019.

A yellow Piper Cub in the grass is the essence of recreational aviation.

But the Cub is also a survivor, a symbol of a general aviation boom that didn’t really happen. At the end of World War II, some enthusiasts assumed that the thousands of returning military pilots would want to settle down to family life with an airplane in the garage. It didn’t turn out that way (commuting by Cub wasn’t quite as practical as boosters predicted), and many interesting airplanes disappeared as the post-war boom turned into a bust.

Not the Cub. Almost 100 years after it was introduced and many decades since it was last produced, the Cub remains an iconic airplane. It’s fun to fly, affordable to own, and challenging enough to be rewarding when mastered. Some are basic airplanes with no electrical system, some are fully restored showplanes, and some are modern reincarnations of the famous design—all of them are recreational aviation in its purest form. Spending a late afternoon with a Cub on a grass runway is just about the most fun you can have in aviation. It’s like going back in time, but without having to stroll around a dusty museum.

2. Beech Bonanza. After the bust of the early 1950s, general aviation began its next big boom in the 60s. Cessna thought the post-war future looked like the 195, a gorgeous but fairly dated airplane with a tailwheel and a radial engine. Beechcraft, on the other hand, designed a strikingly modern airplane with low wings, retractable gear, and an engine we would recognize today. The public voted with its checkbook, and by the mid-60s the Bonanza was a best-seller. In particular, the V-tail S35 and V35/A/B models were memorable designs, the pinnacle of general aviation flying in that decade. When you showed up in one of those sleek airplanes, you not-so-subtly told the world you had arrived.

Beyond making good airplanes, Beechcraft helped to create the era of personal transportation by light airplane. Here was a machine that could go beyond the local area, with both the performance and reliability to be a personal airliner. Ads from the 60s show businessmen and families alike traveling in the comfort and speed of a Bonanza, a dream that pilots still chase today.

Much like the Cub, the Bonanza lives on. In this case, you can buy a brand new one, but you’ll find even 55-year old models doing everything from chasing $100 hamburgers to logging hard IFR flights. It’s still a joy to fly, with responsive controls and solid performance. I was raised on Cessnas, so the first time I hand flew a Bonanza I felt like I had stepped out of a pickup truck and into a sports car. I instantly understood why people loved it. The Bo has had many imitators over the years, but not until the Cirrus (see below) did the graceful Beech finally face a real threat—an incredible run of over 50 years.

3. Cessna 172. Here’s my nominee for best all-around general aviation airplane. It’s not fast, it doesn’t haul that much, and most pilots wouldn’t call it a beautiful airplane, but it’s capable of handling a wide variety of missions without complaint. As a trainer it is unmatched, taking the place of the Cub as the most popular flight school airplane. As a cross-country IFR airplane it is surprisingly capable, as Richard Collins proved many years ago during his criss-crossing of the US in one. It has also served as a photo platform, a law enforcement tool, and a perfect first airplane for new owners.

The Cessna 172 is the most popular trainer for a reason.

One reason for its success is its forgiving nature and bulletproof design. It has enough power to take three people on a 300-mile trip but not so much that pilots quickly get in trouble, a complaint early in the V-tail Bonanza’s life. The systems are basic but reliable: just watch the abuse the landing gear takes during a typical pancake breakfast fly-in if you want proof. The 172 (don’t call it a Skyhawk) is the everyman airplane.

It also represents the glory days of general aviation, a 10-year span in the late 60s and 70s when it seemed like flying would become a mainstream activity. Cessnas were on popular TV shows and sales were as red hot as the Miami condo market in the mid-2000s. In 1978, over 17,000 piston airplanes were delivered, a stunning number never to be equaled (or even approached), and the Cessna 172 led the charge.

4. Cirrus SR22. After the GA winter of the late 1980s, many pilots wondered if the industry would ever recover. Cessna restarted its single engine line in 1996, but arguably the real rebirth of personal aviation came from two brothers in Minnesota. When the Klapmeiers’ sleek SR20 hit the market in 1999, it had some radically new assumptions (fast airplanes can have fixed gear, safe airplanes have a parachute, big color screens are better than round dials) and some sexy marketing to go with it.

Many scoffed, but it worked. Cirrus has delivered more than 5,000 airplanes since 2006, dwarfing Cessna’s 182/206 line of traveling airplanes and even outselling the vaunted Bonanza by a wide margin. In one of the most impressive turnarounds in aviation history, the SR22’s accident record has gone from a liability to a strength, and the once-scrappy startup has established a powerful brand with devoted fans. It is the airplane non-pilots dream about.

Whether it’s the parachute or the occasionally abrasive fans, Cirrus has made some enemies over the years, but in my experience, the biggest skeptics have the least experience with the airplane. My advice? Don’t hate it until you fly it. The SR22 is everything a modern airplane should be: it’s a joy to fly, the performance is impressive, and the interior comfort is magnificent. On a cross country trip in one last year, I found myself cruising along at 170 knots in air conditioned comfort, with deice protection and great avionics to point the way. Not bad for a fixed gear piston airplane. I think it’s fun to fly, but at the very least, passengers love it—and that should count for a lot.

The RV-12 is one of the few successful Light Sport Airplanes.

5. Van’s RV series. What will follow the Cirrus? Maybe nothing in the transportation segment of the market. But to me, the next generation of recreational aviation has been around for a long time and is only now starting to claim the spotlight. As certified airplanes have become more and more expensive (that 172 is now a $400,000 airplane), the “Van’s Air Force” of homebuilts has become a more attractive option for everyday pilots. The build time has been reduced with the use of ingenious quick-build kits, and the avionics options are actually better than most certified airplanes.

Which RV to fly may be the hardest question. The RV-12 is what an LSA should be, light on weight but heavy on fun. The RV-10 is basically a half-price Cirrus, with excellent performance and seats for four. The RV-8 is your own personal airshow airplane, with thrilling performance but reasonable operating costs. All of them exhibit great flying qualities and affordable operating costs (I remember being shocked the first time I flew an RV-12 and saw a fuel burn of less than 4 gallons per hour).

While I’m not a homebuilder, I’m excited by the energy and the innovation in that world. The latest models are safer than previous generations and practical enough to be used both in flight schools and for cross-country travel. If there’s going to be a rebirth of piston aviation, I would put my money on RVs and not Skyhawks or Bonanzas.

Bonus: I promised I would stop at five airplanes, and I will. But if you’re looking for extra credit, let me add a category: light jets. Along with experimental airplanes, the real growth in general aviation over the last 10 years has been in turbine airplanes. These are wildly expensive and certainly overkill for VFR pilots in search of the next great airport diner, but the progress here has been stunning. I got to ride in the right seat of a Citation Mustang a few years ago and couldn’t believe how easy it was to fly. Compared to a Cessna 421 or a King Air, the top of the heap in the late 70s, the Mustang was a walk in the park—even single pilot. Life is just different in the turbine world, from the systems (FADEC, automatic pressurization) to the maintenance (much better than typical piston shops) to the training (regular simulator sessions). Light GA manufacturers and pilots could learn a few things from the jet jockeys, so if you’re ever offered a ride in a CJ or a Phenom, don’t hesitate.