Blog - Latest News
You are here: Home1 / Article Archive2 / I was there3 / When absolutely, positively nobody believes you 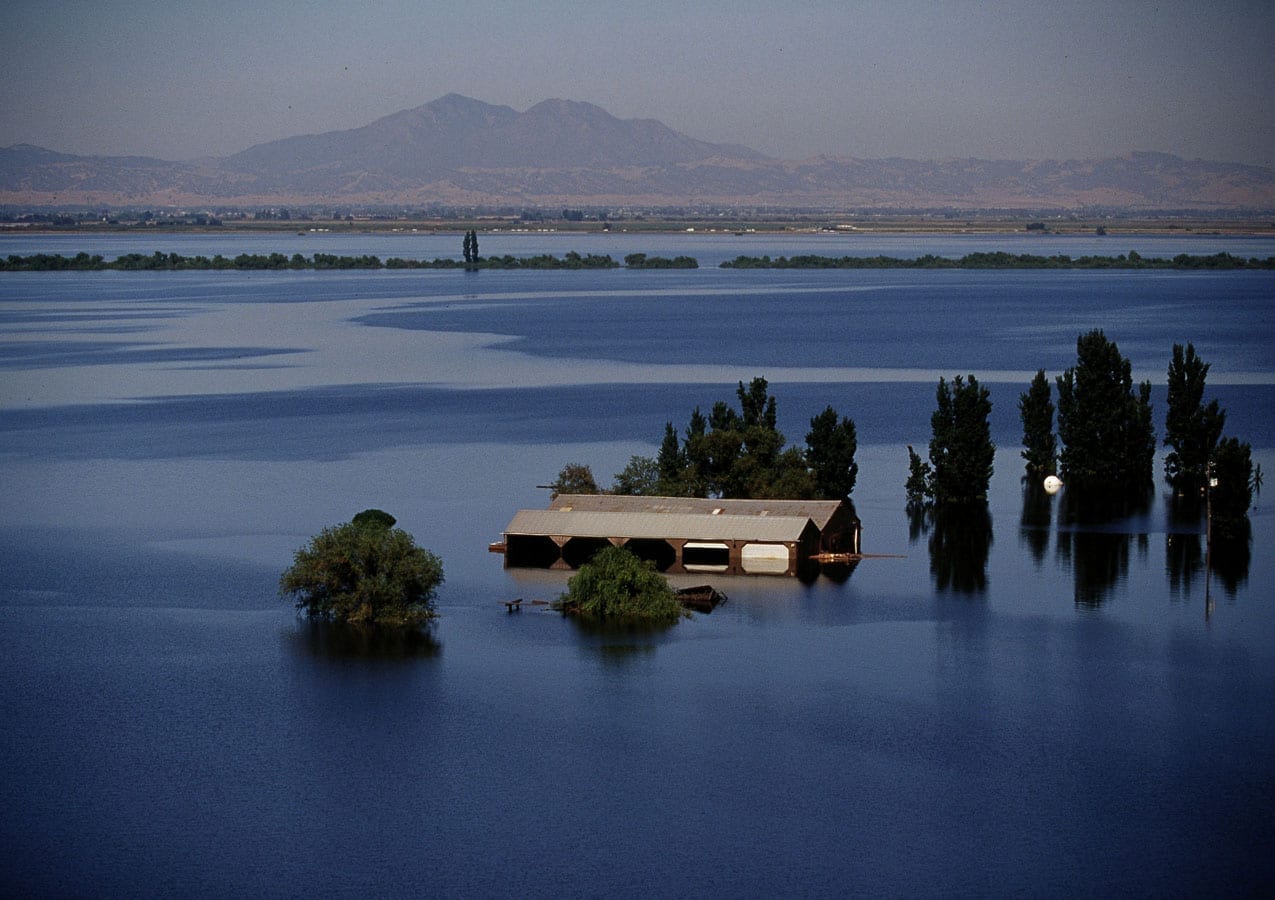 I don’t know why these things happen to me. If I’ve offended the aviation gods, they’ve taken a particularly creative tack in exacting their revenge.

The flight originated just south of California’s Sacramento/San Joaquin river delta and continued up to Redding, near the Oregon border. It was a long hop in a Cessna 150 so an early departure was required. Shortly after takeoff, I checked in with the departure controller at Stockton. All was well with the airplane, but out of the morning mist something appeared decidedly odd. So odd, in fact, that it took a bit to realize what I was looking at.

Miles ahead, the familiar view of the Sacramento Delta with its intricate sloughs, channels, and levees, had been replaced by an enormous inland sea. There was no mistaking it. How could I not know about this! I queried ATC with a mixture of bafflement and curiosity.

“What is going on in the delta?”

The response was calm if condescending. “What do you mean ‘going on?'”

“Let’s be a little more specific.”

“I mean it’s under water!” The controller knew what water was.

“That’s the Clifton Court Forebay at your eleven o’clock.”

Where did everything go?

The Forebay is a substantial body of water that regulates the flow into one of our state’s major irrigation canals and also provides electric power generation for load leveling. On this morning it was dwarfed by the great expanse of water just to the east.

“It’s not Clifton Court. I can see the Forebay. That’s not this.”

“Where exactly is this?” he asked with growing irritation.

“It’s EVERYWHERE! Maybe you should call someone.”

I didn’t press the issue further. Anyone they were likely to call now would be waiting for me at my destination.

I did ask permission to leave the frequency and then contacted Flight Service at Rancho Murieta. The response was similar but the FSS specialist took a more fatherly approach, reminding me how the morning light can create optical illusions in the mist.

When the delta receded behind me, so did my worries as the familiar agricultural landscape returned. On landing I consulted with a Civil Air Patrol crew who had just arrived from Concord (in the Bay area). What did they know about the inundation in the delta? Again, the same response: “What inundation?” What did I think I saw? Was I sure?

I wasn’t sure anymore. Perhaps I’d suffered one of those mini-strokes, or gone insane. Maybe I was asleep and this was a dream.

The return flight from Redding took place in blistering heat, the kind that hurts the tips of your fingers if you press them to the radio knobs. By then I’d put the morning’s events out of my mind. And that is where they stayed until Stockton advised me that I’d be restricted “at, or above, four thousand” until quite near my destination. The controller explained there was a large Temporary Flight Restriction established to facilitate the massive emergency response to a levee breach in the delta. A couple of weeks later an article appeared in the Los Angeles Times with the headline: “Levee Break in Sacramento-San Joaquin Delta Declared a Federal Disaster.”

We’ve all done our share of preflight inspections. Some are thorough and others less so. For career professional pilots that number might reach into the thousands.

I’m reluctant to criticize, or second guess, another pilot’s operating techniques as long as they don’t seem egregiously unsafe. I stepped outside that reluctance once. It was as a passenger on a scheduled commercial flight.

My wife and I were comfortably seated just forward of the wing on a (mid-hundred series) Boeing 737. Near the end of the boarding process I was watching ramp workers moving back and forth under the wing when I realized one of the draw-style fasteners on the engine front cowling was undone—it was simply hanging loose on its hinge pin.

No, my drink is fine; let’s talk about the preflight.

My first reaction was to chuckle. I pointed it out to my wife, saying, “there’s a slack preflight.” Then I began to wonder how many legs had been flown in that state. A couple? A dozen? A hundred? How long had the remaining fasteners carried the extra load? Did their design safety factor account for that possibility? I gave the problem some thought. If the cowling detached in flight it would be decelerated smartly and might strike the stabilizer at, say, 200 to 400 feet per second. What did it weigh? A couple of hundred pounds? Several hundred? How much of that energy could the stabilizer dissipate? The humor of our situation diminished.

I pushed the call button. When a flight attendant answered I pointed to the fastener and described the problem. She did not see anything wrong with anything. I pressed her to ask one of the pilots to come back and take a look. A couple of minutes later she returned to tell me the pilots assured her that what I saw was normal and not a cause for concern. I was pretty sure they did not elevate this issue to the flight crew but, instead, employed the time honored procedure for dealing with nervous, drunk or unruly passengers. Then she was gone.

The next time she passed I waved to her and suggested, again, that one of the pilots should take a look. By that point other passengers seated around us began looking at the engine. Some spotted the problem and pointed it out to their seat mates. When she returned she assured me “they” had taken a look and everything was fine. There were two possibilities: 1) the First Officer had looked back from the copilot seat, 2) they’d asked someone on the ground to look. It was hard to believe they could see much from the cockpit and prior inspections had already shown looking from the ground was ineffective.

I thought long and hard before pressing the call button again. One of the conditions of my employment was holding a current SCI security clearance and nothing would vaporize that clearance faster than interfering with a flight crew. Any demand to deplane after the cabin doors were closed would amount to that. The fact that other passengers seemed ready to back me up made all the difference. This time it was the senior flight attendant who approached.

I made no effort to point out the problem but handed her my airman certificate along with a scrap of paper reading “a fastener on the RH engine cowling is not secured.” I said, “Take these to the captain.” She examined them and left without a word. Momentarily, the first officer appeared and asked me to show him the fastener. A few minutes later a truck brought a maintenance technician with a ladder who secured the cowling.

At the end of the flight, as we shuffled toward the exit, the crew stood by the door thanking passengers for choosing the airline. I’d worked up some choice words for the lot of them but, in the end, I kept these to myself. Everything had turned out alright and, to be honest, I’d done far worse.

Kim Hunter
Kim Hunter is a 2000-hour commercial pilot. He learned to fly at an airport outside Detroit in the 1960's but was too young to solo. Soon thereafter, he shifted his financial priorities toward the fair sex and soloing got delayed by thirty years. Today he flies occasionally for business but mostly for pleasure. And, yes, he finally obtained an instrument rating.