Blog - Latest News
You are here: Home1 / Article Archive2 / I was there3 / A tribute to an aviation supermom 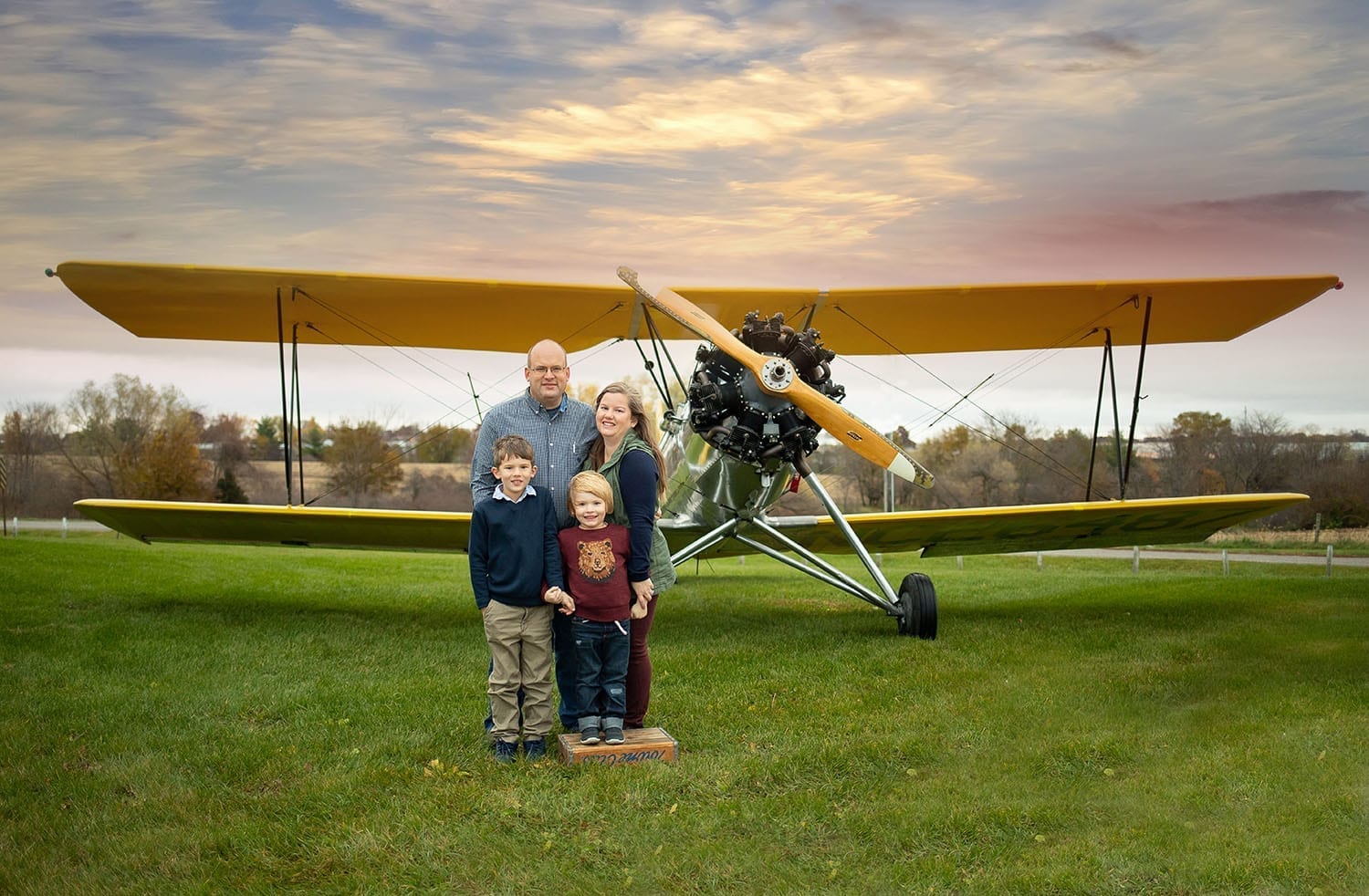 As I walk into the terminal building to grab my handheld radio, the K model Skyhawk works its way back to the end of the runway for yet another student solo. A momentous occasion for sure, but not that abnormal at our busy little airport. But tonight is different you see. A very special mother is PIC on this flight. My wife, Megan, mother to our (one at the time) son is making her first solo on this calm, quiet Sunday night.

I am excited, but not really nervous. I have done my job and know this student better than any other I have soloed. She has plenty of experience, I’ve had other instructors fly with her and evaluate her, and I have been very thorough in preparing her for this flight. Our lessons together have been loaded with unexpected simulated emergencies (much to her dismay). She has been consistently making not only consistently safe landings but nice, nose-high landings with no drift—even in significant crosswinds. I’m reviewing these things in my head as I position myself to hide behind a transient Cessna AGwagon (no need for her to see that I’m watching and taking video).

So, what does this flight have to do with Megan being a mother? Well, a lot in fact. Aviation is my vocation and passion. Megan figured out early in our relationship that being with me meant being around airplanes. She embraced it, spent late nights and weekends with me at the airport, spent time off with me at fly-ins and airshows, and spent hours with me in the airplanes both flying for fun and traveling. But despite my attempts to turn everyone close to me into a pilot, she had little or no desire to learn to fly. That is, until she became a mother.

On our first trip as a family in the airplane, the subject of what she should do if something happened to me during the flight came up, but this time it was brought up by Megan. She had decided that if we would be flying as a family, part of her mom duties would be to get the airplane on the ground if needed. We started lessons almost right away (which turned out to be a pretty good date night for new parents). Megan is pretty goal-oriented so it became evident early on that she would be soloing.

The quest to fly an airplane on her own was just a component in Megan becoming an aviation supermom. Before we had kids, we spent a little time at Blakesburg each year, made it to Oshkosh every two or three years, and made it to Sun ‘n Fun once when we happened to be in Florida. But once we became parents, these events became can’t-miss family trips. I think Megan, being smarter than me, realized that I was genuinely happy at these places and if she could be too they would make wonderful memories for our family.

So now we travel to these events with our two little boys and make great family memories. Megan found a way to fall in love with Blakesburg, Oshkosh, and our own yearly flight breakfast but in her own way. Our family relationships with other aviation people deepened, and these events helped maintain friendships and develop new ones. Megan’s photography skills spilled over into aviation and she started capturing images at aviation events and, more importantly, images of our boys that have become tangible reminders of priceless family memories.

Well of course the Christmas card has an airplane on it!

So it turns out if you mix in passion, artistic talent, beauty (inside and out), loyalty, and a mother’s heart and determination to make family time a priority you get Megan, my wife, my best friend, my copilot, my trusted advisor, and our boys’ aviation supermom.

I suppose I would be considered very lucky to have one supportive mother in my life, but then I would be remiss in not mentioning my own mother. My mother too, realized early on that aviation was to be a big part of my life, but it was not new for her as it was a passion that my dad and I both shared. Dad was my first handshake after most of my aviation accomplishments, but usually mom was there too, waiting for a chance to tell me she was proud. She supported and encouraged me in any way she could in my aviation pursuits, starting in high school and continuing as my career progressed.

My mom was proud of me as a pilot long before she rode in an airplane with me. Her first flight with me was in a jet (long story) but she’s ridden with me many times over the years and even more since my dad passed away. When mom’s office job was cut in a corporate merger, she came to work full-time in our family FBO business and she continues to work well into what would normally have been her retirement years. I always say, who better to look after your business when you are gone than your mother?

Another mother with a connection to aviation—mom.

So, I have been blessed with two supportive mothers in my life and continue to be. I try not to take it for granted, but no doubt I do at times. I enjoy seeing evidence of other supportive wives and mothers in aviation: the embracing of a decision to learn to fly or buy an airplane, the preparation for a first family cross country trip, the supportive text before or after a checkride, or the long drive to pick up a pilot after the weather just didn’t work out. More and more I notice our family is not a rarity at aviation events, that other families have decided that if it’s worth doing it’s worth doing together—and I bet that’s often a mom’s idea.

So, as I hid behind that visiting crop duster, Megan put her mom skills to work on that first solo. She didn’t let her nerves get to her, she didn’t make any excuses, and she got the job done. Her first landing was exactly what we both wanted it to be—nose high, stall horn blaring as the wheels spun up as they kissed the concrete. Her subsequent landings and solos continued to expand her experience and confidence, to the point she often asks me to demonstrate a landing if she hasn’t done one for a while only to later point out that hers were better. So, as I left my hiding/viewing place that evening I was eager to celebrate a big accomplishment for my wife and our family.

Time has passed and Megan’s determination has not changed; she will not be swayed from doing what is right for her family. We travel together as a family often in small airplanes, avoiding driving or getting on an airliner whenever possible. We run our small business as a family business and she and the boys are constantly involved. She makes our best memories more vivid with her talent and her camera. And if she is called on, she will be ready to fly the rest of us home.

My friend Mike often told me that his mom took him to an airplane display in a mall to sit in an airplane for the first time. When he, I, and others managed to get an airplane in a mall ourselves, we got to see the same thing happen repeatedly. Many aviators can credit moms for inspiration and support and I’m thankful that I can too. If our boys would happen to turn out to be aviators, they might just say it was their mom who inspired and supported them the most—and I’ll be ok with that.

Shane Vande Voort
Shane Vande Voort is a second generation pilot whose only career goal was to be immersed in aviation. He was privileged to fly with his dad and uncle as a kid and earned his private pilot license in high school. Shane has owned Classic Aviation, Inc. the FBO at the Pella Municipal Airport for over 20 years. He holds an ATP, is a flight instructor, and also is an A&P/IA and a Designated Pilot Examiner for the Des Moines FSDO. Shane enjoys flying most with his family and he and his wife and two sons enjoy attending midwest fly-ins in antique and classic taildraggers.

A medevac tale of two cities