Blog - Latest News
You are here: Home1 / Article Archive2 / Technique3 / No stall, no spin: why angle of attack is essential 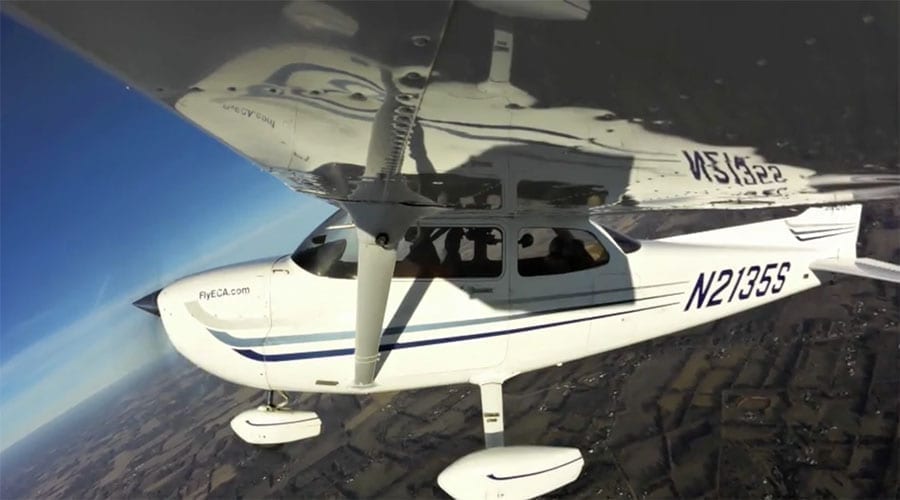 Let’s talk about what is probably the single most important concept to understand regarding stalls, and that is angle of attack.

Your airplane’s wing, when viewed from the cross-section, has a chord line, a sort of imaginary line that runs straight from the front of the leading edge to the back of the trailing edge. The chord line is always at an angle versus the oncoming air or relative wind, and the angle created by the two is called the angle of attack.

You might recall the experience as a child of taking an automobile drive with your parents and sticking your arm out the car window and into the oncoming blast of air. If you cupped your hand, thus providing a degree of “bend” or camber, your arm raised effortlessly and flew. And your hand continued to fly until you turned your palm too far to the perpendicular, exceeding the critical angle of attack for your airfoil hand, and your arm dropped suddenly as it stalled.

The only angle that really matters.

A simplistic way to look at aerodynamics, but why complicate things unnecessarily? The wing on your plane, like your hand out the window, must maintain an angle of attack below the critical angle of attack to avoid stalling. Your wing doesn’t really care whether it’s attached to a fighter jet, a Boeing, or a single-engine propeller airplane. It cares only that there is airflow sufficient to keep it flying. Good energy management is crucial when it comes to maintaining sufficient airflow over the wing to avoid stalling.

Pilots often only associate stalls with the slow airspeed regime of the energy envelope. That’s why it can be misleading when instructors caution students to, “watch your speed or you’ll stall” because an airplane can be stalled at any airspeed, in any attitude. Although “being too slow” is often one of the factors in stall accidents, it does not exclude the fact that your wing really can be stalled at any speed if you exercise poor energy management and exceed the critical angle of attack. For a typical single engine airplane, the average critical angle of attack is often in the range of 15-18 degrees.

Stalling at a Nose Low Attitude

Let’s say that you’re in a steep screaming dive, about to exceed the airspeed redline or Vne. In this situation, if you were to haul back on the control stick with enough force, you could stall your wing even though you are flying at extremely high airspeeds and in a markedly nose-down attitude. Why? Because angle of attack depends on the relative wind, and relative wind is simply the direction of the airfoil relative to the atmosphere. Generally, it is parallel to the flightpath, and travels in the opposite direction. There is a tendency to think of the relative wind as a stable and steady force that parallels the earth’s surface, but that line of thought only works in near straight-and-level flight conditions.

Back to our screaming dive scenario: if you pull up smoothly without exceeding any limitations on the airplane, you could have enough energy—even with the engine at idle—to fly the airplane to a ninety-degree up position and execute a vertical airshow maneuver like a hammerhead turn. But, if you were to hold that up-vertical position long enough, your wings would eventually lose energy—and your angle of attack with the relative wind would soon exceed critical, and the wings would stall.

Conversely, if you failed to pull up smoothly, even though your airplane is pointed down and at high speed, you could still exceed the critical angle of attack and stall while in a nose-down position. What this means is that the relative wind is not constant. Depending on the gyrations you’re putting the aircraft through, it shifts tangentially.

With enough energy—either via excess thrust or excess airspeed—some fighter jets with low-lift/high-speed swept wings can climb vertically for thousands of feet. But as the fighter’s after-burner momentum diminishes, and the relative wind falls off, the angle of attack increases, getting closer to critical limits. If no action is taken, and the critical angle of attack is exceeded, the wings will stall.

But We’re Not Flying Fighters

Most wings stall from the root out.

On most light general aviation aircraft, the wings are designed so that a stall occurs first at the wing root, and then progresses outward to the wing tip. This way, the ailerons are the last wing elements to lose lift, providing an element of roll control in the slow flight and approach-to-stall regime. Recovery from a stall requires that the angle of attack be decreased to again achieve adequate lift. This means back pressure on the elevators must be reduced. If one wing has stalled more than the other, the first priority is to recover from the stall, and then correct any turning that may have developed to avoid entering a spin.

Flap extension affects stall characteristics, and in general flap extension creates more lift, thus lowering the airspeed at which a given wing may stall. Another factor to consider is Center of Gravity or CG. A CG that is too far aft or rearward can inhibit the natural tendency of the aircraft’s nose to fall during a stall—an aerodynamic tendency that aids in stall recovery. This condition may necessitate a forced nose-down attitude to recover. If a stall with an aft CG is allowed to progress to a spin, it may be unrecoverable, even in an airplane certified for spins.

Small accumulations of snow, ice, or frost on a wing can also significantly increase stall speed by inhibiting lift and increasing drag. Continued flight into even moderate icing can quickly lead to a situation where the accumulating ice on the wings is increasing the drag and slowing the aircraft’s speed. At the same time, the degradation of the smooth lift surface due to contamination is increasing the stall speed. Eventually, with enough contamination on the wings, the airspeed and the stall speed will collide, with fatal implications for the pilot.

From Stall to Spin

Airplanes get into spins either as a pilot induced maneuver, or an unintended blunder. A condition that can cause one wing to abruptly stall before the other is uncoordinated flight. If a stall in uncoordinated flight is allowed, a rotation around the greater stalled wing can induce a spin. A spin is a stall that has continued, with one wing more stalled than the other. The aircraft will begin rotation and spin progressively faster and tighter unless the stalled condition is “broken,” by relaxing back pressure or applying forward elevator pressure. If a spin happens at low altitudes, the quick loss of control that follows may not leave enough altitude to be recoverable.

In coordinated flight, most straight-winged aircraft are designed to stall at the wing root, which benefits the pilot in two ways. First, the onset of the stall at the wing root provides an aerodynamic stall warning as the turbulent air hits the elevator. Second, during the approach-to-stall, the wingtips are relatively unaffected, so that the ailerons will remain somewhat effective. But what happens to our straight-wing airplane if we introduce a skid or slip by using either too much or too little rudder? Do the stall characteristics change? An emphatic yes, and the stall characteristics change dangerously so.

The Classic Killer: Too Much Yaw

Keep it coordinated, or one wing will drop off.

By misapplying the rudder, the normal cues that we feel in the cockpit can be lost, making it difficult to sense an impending stall. In a typical base-to-final approach overshoot, where the pilot adds too much rudder to “hurry” the nose around by skidding the airplane, the airplane is in a yawed skid configuration. As we yaw our straight-winged aircraft, we cause the wing to sweep back with respect to the relative wind. Due to this yaw, any approach-to-stall situation will begin not at the wing root (as it would in coordinated flight), but instead at the wingtip—making the “break” very unstable.

Additionally, due to the yaw condition, there will be less turbulent airflow over the elevator, and hence diminished warning through the control stick or yoke, and less “rumbling” through the seat of your pants. Another coffin nail is the loss of aileron authority because when the stall occurs, it hits near the wingtips.  In uncoordinated flight, the forward or yawed wing will not stall at the same time as the aft wing, resulting in a rolling moment. Immediate action to break the stall must be taken first, or recovery may not occur. If this happens at low altitude, as is statistically the case, most pilots will panic—and when they see the ground rushing up—pull back even further on the elevator control, thereby ensuring entry into a spin. Even if the proper response is made, it may be too late if initiated near or below pattern altitude.

The key is to avoid letting your airplane lapse into uncoordinated flight, and certainly never at low altitudes. The best cure for an inadvertent stall or stall-spin is prevention. If you no longer feel proficient in uncoordinated stall approach and recoveries, consider taking dual instruction with a CFI. Or better yet, go flying with a qualified instructor and practice various spin entries and recoveries in an airplane built for aerobatic maneuvers. By exceeding the critical angle of attack in a variety of spin scenarios, you’ll master a real-world understanding of angle of attack, and gain greater confidence in your airmanship. 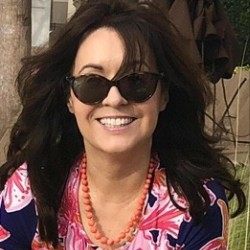 Does flying into big fly-ins make us better pilots?

Nodding off at 10 feet above the waves
Scroll to top