Blog - Latest News
You are here: Home1 / Article Archive2 / I was there3 / The green book and the NOTAMs – go beyond just departure and des... 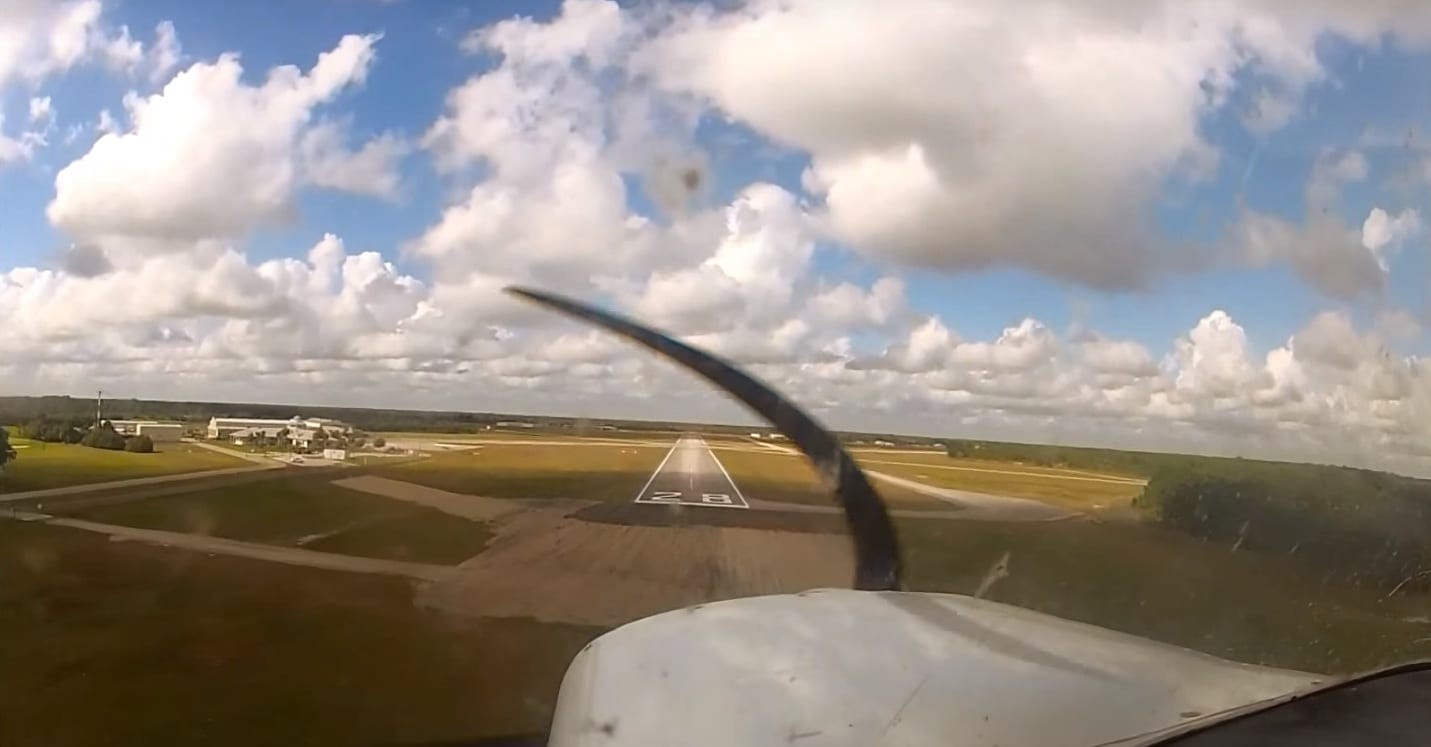 We had to divert, and I’ll get back to that later. But the tricky part was, as we were approaching runway 26 to land, it turned out that “28” was written on it! Damn—full throttle, flaps 10, Vy, clean up, and let me turn out of the traffic pattern here, something is not right!

I am pretty sure that most – if not all – Part 61 Commercial Pilot students will agree with me: there’s nothing better than timeshare. You rent an aircraft with a friend and fly pretty much wherever you feel like. Let me get this straight: this is not that common outside the US, therefore, if you have that privilege, enjoy it. It is very likely to be the best part of your entire career. I mean it.

Having said that, it was one of those winter Sunday mornings when the weather was not so simple to figure out. Anyone who has flown in Florida knows how windy it can get at this time of year. During the night, a squall line was moving in from Alabama and was already over the panhandle. We roughly calculated the speed of the system and agreed that we could fly to Stuart (KSUA) and get back to DeLand (KDED) before the stuff got bad. So my friend Rodolfo and I jumped in a Cessna 152 with our navigation logs to be completed and left southbound on that still sunny morning.

As we were crossing the narrow corridor between the Orlando Class B and the Cape Canaveral facilities, we figured out that the winds aloft we got before we left the ground were not very realistic. Remember, we only had paper charts, and while today the aircraft I fly to pay the bills shows me the wind in real time, on the small C152 we needed to do some two-step math (including heading, ground speed and track) to figure out the wind. And the number we came up with was 42 knots of headwind, twice the forecast and almost half our true airspeed. needless to say, although we had enough fuel, it would have taken forever to get to our destination. So, we decided to divert.

Between Melbourne and Vero Beach, there are lots of small, uncontrolled fields, and as soon as we got low enough to do a comfortable approach, we decided on Sebastian (X26). The A/FD – the green book – was showing to us two crossing runways, and one was even fairly aligned with the 12 knot wind. Perfect. We approached the pattern, asked for an advisory, and it sounded like there was some confusion going on with the “weekend warriors.” One thing was for sure: people were not using the obvious runway. Alright, I though, nice crosswind landing practice. Let’s go for it. We joined the right pattern for runway 26, and when we got closer, all landing checks done, 28 was written on the runway!

Would you like it? Me neither. I called out for a go around that Rodolfo shared on the common traffic advisory frequency and—not very standard—announced a left turn out of the traffic pattern, climbing to 2000 feet. I don’t know what crossed your mind, but my first guess was: “we approached the wrong airport.” We wouldn’t be the first to do that, right? Especially without GPS and moving maps, that is always possible. So we climbed out, cleaned up, and started to think what we had done wrong. It took a couple minutes, but on the missed, Rodolfo noticed a big “X” on the other runway and a car with people working on the numbers. And… wait a minute: wasn’t that “28” whiter than average?

Nowadays, flying long haul, I read at least 20 pages of NOTAMs before every flight. And although I don’t go through all the dozens of possible en route alternates immediately, I have a bunch of preferred ones, by my company and myself, that I look at in advance and I even get the latest weather as soon as I reach cruise altitude. If there’s something we learned from this Stuart flight that landed in Sebastian, it was that we should have read the NOTAMs for the fields along the way, not only our origin and destination. The green book, although it was on its latest edition, could not get updated as fast. And the magnetic north pole keeps traveling, so runways are going to change their designation from time to time.

We landed, refueled, and headed back to DeLand, where Rodolfo landed beautifully despite the rain drops and 22 knot gusty winds as a black wall was engulfing our western horizon. If we had chosen to fly all the way to Stuart, we would certainly not have been back in time. Another lesson learned, because that’s what life and flying is all about, right?

Always watching: why I wasn’t really alone on my first local solo fli...