Blog - Latest News
You are here: Home1 / Article Archive2 / John's blog3 / More travel, less tourism – how aviation can take us beyond the ... 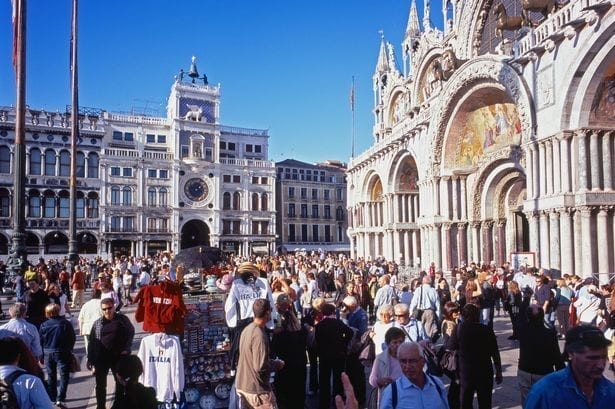 I’m not big on New Year’s resolutions, but if I had to commit to one for 2020 it would be to spend more time traveling and less time as a tourist. That might sound like a distinction without a difference, but I believe the change in mindset is profound—especially for a pilot. It’s fun to visit Times Square, but that’s not where you meet the most interesting people or learn the most powerful life lessons. And it’s not what general aviation is made for.

Tourism has developed something of a bad reputation lately, whether from environmental activists upset at airlines’ carbon emissions or locals complaining about full-time Airbnb apartments. Pictures from places as diverse as St. Mark’s Square in Venice and Mt. Everest show crowds of tourists. “Overtourism” was even one of the Oxford English Dictionary’s words of the year in 2018.

The crowds are growing in Venice and many other famous places.

The reasons behind this explosion in tourism are straightforward. Increasing wealth around the world (especially in Asia), coupled with cheap airfares, has led to a tripling of international tourist arrivals since 1990, to an astonishing 1.4 billion. Unfortunately, social media means many of these people are focusing on the same few places, like Venice, instead of thousands of less trendy locations that deserve attention.

I’m less worried about the crowds than about what we miss by staying on the metaphorical tour bus. Traveling means an adventurous mindset, not a consumerist one. It’s an active search for real experiences, not a lazy acceptance of preserved stereotypes. Most importantly, a great trip should go beyond the big city and the top ten list.

That’s exactly where general aviation can help. If you fly Delta to LaGuardia and take a taxi to Manhattan, you’ll have a postcard view of New York—enjoyable, but pretty one dimensional. On the other hand, if you fly into Caldwell and drive through New Jersey, you may see a completely different side of New York life. And that’s not to mention the fuel stop you might make in North Carolina or Ohio. In fact, you might not ever make it to Manhattan.

As most pilots instinctively know, there is so much to see in our own backyards, often in quiet towns that aren’t in any guidebooks, but you have to be curious enough to look. That should be easy for us, since many of these towns are served by quiet and convenient general aviation airports. These are gateways to unique, authentic, and affordable places, and in America our airports are a national treasure.

When I review my logbook, I see a scrapbook of airports. There are recent trips to Chicago and Los Angeles, but those aren’t the places that stick in my mind. Instead, it’s the places I never knew existed, the accidental visits, that led to memorable experiences.

Take Mott, North Dakota, the first place I ever visited that was so quiet I could hear my heartbeat. It’s a town of less than 1,000 people, two hours west of Bismarck, so I doubt it’s on any Instagram influencer’s feed. But it has a natural beauty that took my breath away, and genuinely warm people who made me feel like I’d grown up there. The only reason I made it there was the small airport just south of town; there is no chance I would have ever seen Mott if not for general aviation. That would be a loss, because my trip gave me a deeper appreciation for small town America and a new perspective on the Great Plains.

Columbus, Indiana, is larger than Mott, but it’s hardly overrun with tourists. It’s only 80 miles from my house, and yet I had never visited until I landed at the airport to try the airport restaurant (breakfast at Blackerby’s is excellent). While walking around the terminal, I realized the city was a goldmine for an architecture buff like me. The list of visitors to Columbus reads like a who’s who of modern architects, with buildings by I. M. Pei, Cesar Pelli, Eero Saarinen, and Robert Venturi among many others. It’s not easy to get there by airline, but the large, well-maintained airport is five minutes from town. Last time I was there, I got a free ride into town from a friendly local—try that at LaGuardia!

Small airplanes are the only way to travel to many islands in the Caribbean.

Some memorable destinations are farther away, but even in a foreign country it pays to get off the beaten path. The islands of the Caribbean, for example, are some of my favorite places in the world. While Nassau welcomes millions of travelers every year to the Bahamas, the best spots require a small airplane to visit. The relaxed pace of life on Long Island or the gregarious people of Exuma offer much more interesting and authentic experience. There are no t-shirt shops, no casinos, and some of the restaurants feel more like an islander’s living room than a resort, but that’s exactly why I love them.

That’s true north of the border, too. This summer, I visited Cape Breton Island in Nova Scotia, a place I had never heard of until a few months before flying there. It’s only 250 miles from Maine, but it feels like another continent. The rugged terrain looks like the British Isles, many residents still speak Gaelic, and the music scene is alive with fiddles and step dancing. It’s unlike any place I have been to, and once again it’s easily accessible by light airplane. To get there by airline would require a connecting flight to Halifax and a four-hour drive. Even if you endured that, you would miss the stunning view of the island from the cockpit of your own airplane.

Of course we can’t all quit work and start criss-crossing the continent by light airplane. But the beauty of a traveler’s mindset is that you don’t have to. If you’re simply open to new adventures, and willing to build a little slack into your flying schedule, there are fantastic locations to discover almost anywhere. This isn’t about being a travel snob, either, avoiding the popular spots so you can brag about the exclusive places you’ve found. It’s about charting your own course and exploring the places that are interesting to you, even if they’re only 100 miles away.

So in 2020 I’m going to plan my fuel stops with more time to explore, I’m going to read more airport bulletin boards, I’m going to talk to more locals in the pilot lounge, and I’m going to write more comments in ForeFlight to share my experiences with others. More than anything, I’m going to be curious about each and every town I visit and embrace serendipity along the way.

My life as a new corporate pilot