Blog - Latest News
You are here: Home1 / Article Archive2 / John's blog3 / The unleaded fuel disaster – what it means for pilots 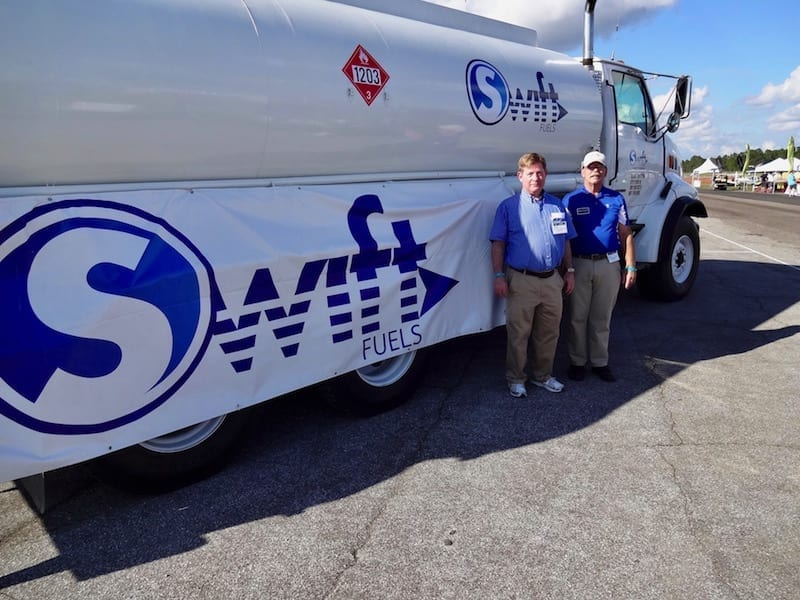 Can a story simultaneously be underreported and overreported? The transition from leaded avgas to an unleaded future has been decades in the making, and countless articles have discussed everything from the certification process to the chemistry (Paul Bertorelli at Avweb has done some of the best work). And yet many pilots don’t know how bad things are right now, as other topics like ADS-B, drones, and user fees have sucked up most of the attention. It might be going a little too far to say the general aviation fuel system is in crisis, but it’s certainly troubled.

The key problem? Right now there isn’t much of a plan to transition to unleaded avgas, at least not in the way most pilots think about it.

The best hope, until recently, was the FAA’s Piston Aviation Fuels Initiative (PAFI), a government-sponsored program to evaluate different fuels in a consistent and rigorous way. The goal was to avoid competing standards from companies more interested in market share than technical compatibility. PAFI’s goal is not to “certify” a fuel, but to offer the test data that would allow a candidate fuel to prove compliance with an ASTM specification. Things were moving along steadily (if excruciatingly slowly) until this summer, when the FAA stopped all testing. The press releases were vague but essentially the problem was that none of the fuels were meeting the hoped-for standard.

Swift Fuel is going it alone by pursuing an STC.

Following that announcement, Swift Fuel, one of the PAFI participants, pulled out and announced their intention to pursue an STC outside of the FAA’s complicated process. They will join similar efforts from Phillips 66 and General Aviation Modifications, Inc. (GAMI). That leaves Shell as the lone PAFI participant, although how long that lasts remains to be seen. The FAA agreed to restart testing in late August, but no firm plans have been announced and the deadline has already slipped by more than a year. Optimism is in short supply

Given this mess, what are the alternatives? The slow death of PAFI doesn’t necessarily mean an unleaded fuel won’t happen – both Swift and GAMI seem firmly committed to the STC path, and have spent years working on their product. But even if these eventually make it to your local FBO, the distribution will be fractured and the decisions for pilots will be confusing. Is GAMI fuel approved for your engine or only Swift? Which kind of fuel is available at your destination? Can they be mixed (a key issue in the PAFI testing, apparently)? All those questions come before a more prosaic concern: how expensive are these new fuels going to be? All of these are new questions to consider, and so far nobody knows the answers.

An idea that once seemed quite promising was the diesel engine, which can run on widely-available Jet A. Just a few years ago, Continental was promoting a new line of diesel engines, Cessna was working to certify a diesel-powered Skyhawk, and Redbird was overhauling 172s with a modified Mercedes diesel engine. Today these projects are either dead or on the back burner. It turns out diesel engines, while efficient and reliable, are also heavy and expensive. The math just doesn’t work unless you plan to fly a lot of hours (probably over 200 hours per year), and pilots have voted with their wallets.

Much of the excitement that once surrounded diesel has moved on to electric aircraft. There are dozens of models being promoted right now, which range from somewhat reasonable to utterly ridiculous, but even the most conservative designs are many years away from going mainstream. Certification rules need to evolve and battery technology needs to make dramatic (some say impossible) progress. Both of those may happen, but it’s far too early to place any bets.

It’s probably safe to say that – eventually – electric airplanes are the future, at least for flight training and small general aviation airplanes. That’s exciting for many pilots, but it also has the potential to kill off much of the remaining interest in diesel programs, and may even give unleaded fuel boosters second thoughts. Why invest time in money in a niche fuel when it will get leapfrogged in a decade?

The depressing conclusion from the PAFI debacle is that there simply isn’t a drop-in replacement for 100LL, a fuel that could be used in a wide variety of airplanes without major changes to ground infrastructure or airplane performance. That means some previously unappealing ideas may get another look.

The SR22T from Cirrus was designed to run on “a wide range of fuels.”

One possibility is that airplane engines will have to run on unleaded auto gas in the near future. That would solve a lot of problems with distribution and infrastructure – it’s widely available in the US, a clear standard already exists, and it solves the lead problem – but it will come at a high cost. Most high compression engines (think TSIO-550) simply can’t run on 94 octane unleaded gas without changes to operating limitations and thus performance. Would you run your Cessna 310 at 50% power instead of 75% power? That’s the type of tradeoff pilots may have to confront.

Where operating limitations don’t solve the problem, engine modification might be required. That would present aircraft owners with some tough financial decisions. One notable example of planning for the future is Cirrus, which introduced the SR22T model in 2010 with a lower compression turbocharged engine. It is widely assumed that one reason for the company’s design choice is to accommodate unleaded fuel if that becomes necessary. That’s great for new airplanes, but it does nothing to address the tens of thousands of 40-year old Cessnas and Pipers that still fly all over the US. And even new airplanes would struggle with many of the ethanol blends sold at gas stations – even auto gas isn’t much of a “drop in” solution!

Electronic ignition, the standard in cars for many years, would be a great way to increase the number of high compression engines that could run on unleaded avgas, but the FAA has been astonishingly slow in approving these systems for certified airplanes. While experimental airplanes increasingly sport these systems, they are very rare on certified airplanes and one magneto is retained anyway. With an installed price of over $7,000, it’s not an inexpensive upgrade.

The only sure thing in this confusing world of regulators, oil companies and airplane owners is that timing of this transition (whatever transition it ends up being) is uncertain. 100LL has remained in use decades after cars ditched the lead, and there’s reason to believe that can continue for many more years. However, the EPA could easily declare leaded fuel a danger to public health in the near future. They have held off for years now, partly because they believe there is a serious effort on the part of the FAA and industry to replace leaded avgas. If that process apears to be failing, such patience may evaporate. That would start the clock ticking and all the carefully planned processes might go up in smoke.

Friday Photo: leaving storms on the other side of the mountains

From the archives: Bob Buck on radar
Scroll to top