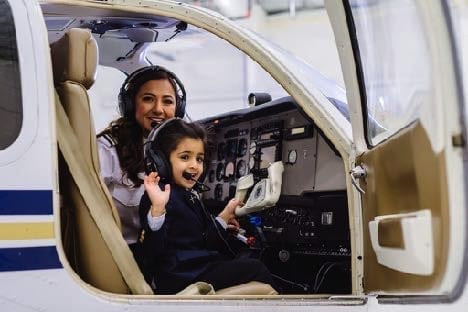 The range of single-engine airplanes that have made circumnavigations is amazing: Long EZs, RVs, a Stearman, a Searey. Unbelievable! Of course Mooneys, Bonanzas, Pipers, several Cessna 182s and all kinds of homebuilts have made the trip. Check out the website of Gordillo Miguel (www.skypolars.com), who completed a polar circumnavigation and actually crossed the entire continent of Antarctica in his RV-8. Bill Harrelson holds the Polar Circumnavigation speed record in his Lancair IV.

The first circumnavigation made use of the earth’s extensive natural runways – the oceans.

Unfortunately, one aircraft crashed in Alaska, but the other three completed the flight in 175 days. The spare parts package included 15 Liberty engines, 14 sets of pontoons and enough replacement airframe parts for two more aircraft. These spares were sent ahead to locations along the planned route. After the completion of the flight Douglas Aircraft adopted the motto “First Around the World.”

The next aviators up were Wiley Post and Harold Gatty, who in 1931 successfully completed an eastbound circumnavigation in the Winnie Mae. Amazingly, they completed the flight in eight days! Apparently Wiley Post enjoyed the experience so much that he flew another circumnavigation in 1933, this time solo. Although a record, Wiley flew a northerly route of only 15,000 miles which today would not qualify for the coveted FAI Circumnavigation Diploma. The diploma requires that the flight be a minimum of 27,000 kilometers/16,777 miles. Regardless of this, it was quite an accomplishment in 1933 and Wiley goes on the record as the first single-engine solo circumnavigation. The Winnie Mae is on display at the Smithsonian Air and Space Museum.

The City of Washington, which flew around the world in 1947, hangs in the Smithsonian.

Incredibly, the next airplanes of record were a flight of two Piper PA-12s, named City of Washington and City of the Angels, who made an eastbound circumnavigation in 1947. It took 122 days. Both of these PA12s survived: one is on display at the Steven F. Udvar-Hazy Center at Dulles Airport and the other at the Piper Aviation Museum in Lock Haven, Pennsylvania.

Next up is Peter Mack, a U.S. Congressman from Illinois who in 1951 flew a Bonanza A35 (the fourth Bonanza built), Friendship Flame, eastbound in 111 days. Previously named Waikiki Beech, the same aircraft was flown by World War II Ace William P. Odom in 1949 non-stop from Honolulu to Teterboro, New Jersey, in 36 hours and 2 minutes, a new world record for a light plane. The aircraft is on display at the Steven F. Udvar-Hazy Center at Dulles Airport – Friendship Flame painted on one side and Waikiki Beech on the other side.

Geraldine Mock’s Cessna 180 smashed a number of records in 1964.

In 1964, Geraldine Mock became the first woman to make a circumnavigation in her Cessna 180, The Spirit of Columbus, and in doing so broke seven world records. She made this flight eastbound in 29 days. That’s an average of around 758 miles per day for 29 consecutive days. Considering weather, mechanicals, rest, etc. that’s pretty amazing. She referred to herself as the “Flying Housewife” and had 750 hours flight time when she set off on her circumnavigation. The flight earned her 20 awards and honors including the Louis Bleriot Medal from the Federation Aeronautique Internationale and the Federal Aviation Agency Gold Medal for Exceptional Service presented to her by President Lyndon Johnson.

What’s interesting now is the number of other women who follow Geraldine in circumnavigations. Joan Merriam Smith departed from a field near San Francisco on March 17, 1964, in her Piper Apache two days before Geraldine Mock and ended up in an unofficial ladies’ race around the world. Sheila Scott went twice around the world in her Comanche 260 G-ATOY and then traded it for an Aztec and did a polar circumnavigation. Carroll Ann Garrett and Carol Foy set an around the world speed record in their Mooney Silver Wings.

Canadian Fred Lasby holds the record for the oldest pilot to fly a solo circumnavigation in his Comanche at age 82.

Many round-the-world flights have charitable causes as their driving inspiration.

Australian Lachlan Smart currently holds the record as the youngest circumnavigator at age 18. He flew a Cirrus SR22.

Julie Wang became the first Chinese woman to fly around the world in a Cirrus SR22.

I come in as number 123 under the single-engine solo flights in my Cirrus SR22, a first of nothing particular, but Polish pilot Tomasz Wojtowicz finished just ahead of me as number 122 in his Cessna 150! Took him 240 days.

The most recent circumnavigation, number 124, is Shaesta Waiz in a Bonanza A36. Shaesta and her family immigrated to the USA from Afghanistan and she is the first female certified civilian pilot from Afghanistan. Her website shows her stated mission as “To inspire girls, and young women worldwide to dream big, and achieve more – especially in the fields of aviation and STEM.”

Dreaming of jets while flying a DC-3