Blog - Latest News
You are here: Home1 / Article Archive2 / I was there3 / Bucket list flight to the Wright Brothers Memorial – check! 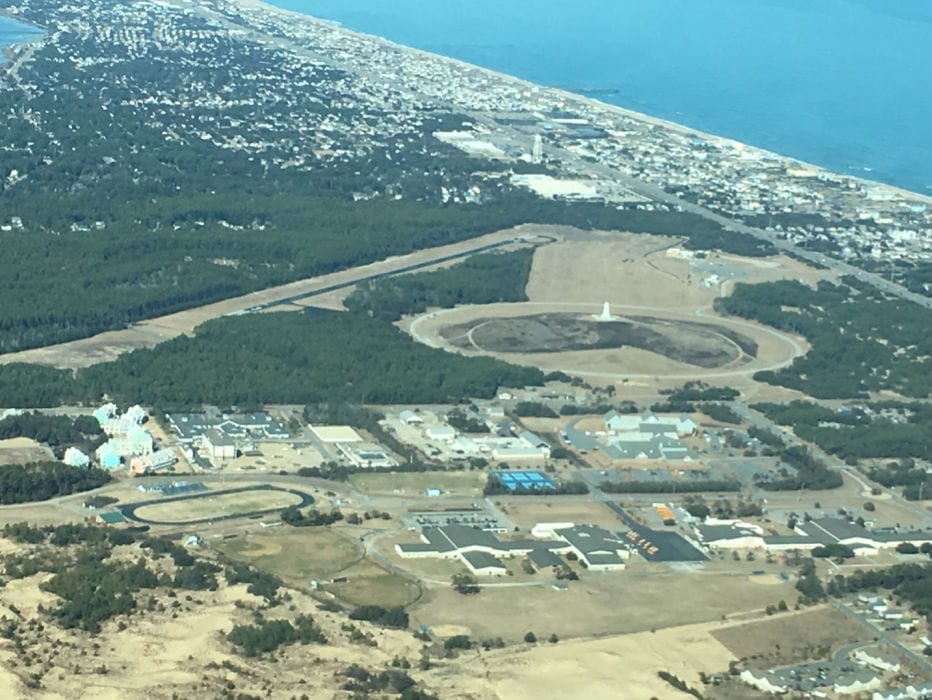 It was a trip that I’ve thought about making for the past 18 years. It was a place that was awe inspiring to visit each time I drove up the memorial after a three-hour drive from Greenville, North Carolina. It was a place I often dreamed of flying into as I planned my next $100 hamburger, but thought, “I just don’t have the time this week, I’ll soon get out there.” On January 26, 2018, that trip became a reality. No longer just a dream, it was an awesome flight, simply as dreamy as a child’s imagination takes him to becoming an airline pilot!

First Flight Airport and the Outer Banks are beautiful from the air.

I learned to fly and became a private pilot in May 2001, prior to the age of the electronic flight bag. Even though I am a huge fan of the electronics in the airplane, I decided to go back to the roots of my training on this flight. I unfolded a VFR chart and began planning and laid out the course just as I did as a student, many years ago. I used the manual E6B.

Although this took some work, I managed to get through it. I called and got the weather from Raleigh FSS, and used the back of the E6B to calculate the wind correction angle and fumbled around a bit longer with things while filling in the blanks on the navigation log. It was fun, frustrating and reminiscent all at the same time. As I worked through this, I thought, “I’m going back to the basics, to a place that started it all. Wow! This is cool.”

Aviation adventures are always better with a friend.

It was a perfect day for a flight: the sun was shining, the air was cold and still, and we were both excited about the day ahead. Paul and I (both prior service Army) left from New Bern (KEWN) and headed north to our first check point and we marked the time. This was Paul’s first time flying with me, and here we were, doing military land navigation from the air (no electronics except the Com radios, a chart, navigation log and a pencil.) I called and got flight following, and as we flew north, we could see each landmark rolling up like a filmstrip, being prepped for editing.

We headed east along the Albemarle Sound with the Sound on the left and the restricted airspace on the right. We could see the mouth of the Sound open up. Looking further east, beyond the large body of open water, there it was: the Outer Banks of North Carolina.

Not your everyday logbook entry.

From the air, it is absolutely beautiful. A thin strip of land, so far away from “life” but so full of life and aviation history. As we approached the Manteo area, I made my initial call into First Flight Airport and was greeted by another pilot, who said he was in a “yellow Piper” at the end of runway 03. We had a pleasant conversation, as he gave me the “on the ground conditions” and what to expect on final. I thanked him and watched him take off and turn out to fly north along the coast. We set up for final and at touchdown, it was just as I dreamed it to be: greased! What a great trip into a place with such history on a flight that took me back to the basics.

After landing, we went into the pilot lounge that is on site, and signed the log that is there, joining the many pilots that have made the journey before me. Of course, I had to stamp my logbook with the Wright Brothers Memorial stamp. I think I stamped my logbook in five different places! After a few hours of exploring the site, and chatting with other pilots, Paul and I returned to the ramp, and climbed back into the 1976 Cessna 172. I turned on the iPad, and tapped the flight app icon. Within a few minutes, I had a route, check points and current winds loaded, and we were sitting at the end of Runway 03, as the other pilots looked on.

After takeoff, circling out over the Atlantic and turning back west, with the Albemarle Sound on the right, and the sun on my face, I told Paul, “Your plane,” as I sat there and thought about the beauty of flight and the adventures that were still to come. 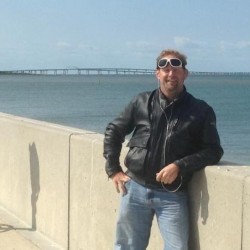 Richard Gregory
Like many other pilots, Richard caught the flying “bug” from his dad, who was a private pilot for many years. He was a private pilot, and he has been flying regularly since earning his Private Pilot Certificate in May of 2001. He lives in Greenville, NC, and flies out of Tradewind Aviation International flight school, in New Bern, NC (KEWN). Richard mostly flies with his son, Brendan - who is a great co-pilot - and they enjoy flying over the coast of North Carolina. Brendan loves to fly, and one day he would love to be a pilot too! Professionally, Richard has been practicing medicine as a Physician Assistant (PA-C) for the past 18 years.

5 events that shaped my flying life