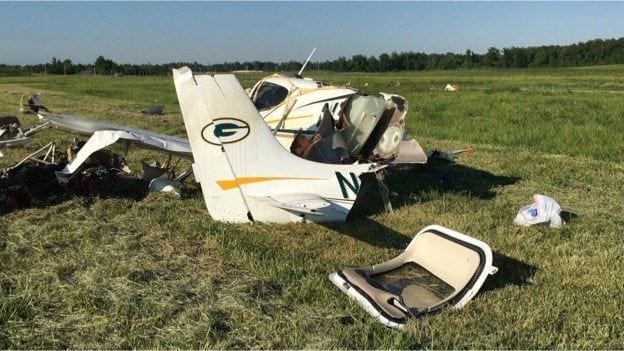 Is anyone else tired of being lectured about “loss of control – inflight?” As is typical in aviation, every few years industry experts find a new threat to general aviation safety and then relentlessly remind us about it, through articles, videos, podcasts, and roundtable meetings. Previous winners have included runway incursions and datalink weather; right now it’s loss of control.

As tiresome as this current phase is, loss of control accidents are a real problem – they remain the leading cause of fatal accidents, even in turbine airplanes. Unfortunately, that broad term hides a lot of variation. An airliner that stalls at high altitude after a sensor failure is dramatically different from a Cessna that stalls during a low pass. One way to combat this vague language – and the urge to generalize – is to read specific accident reports. The details make the potential threat much more real, and the common threads suggest potential areas of focus.

Three fatal Cirrus accidents in late 2015 and early 2016 caught my attention, since all three involved low-level stalls. Two occurred with flight instructors on board and one with an experienced Cirrus pilot at the controls. Each one has lessons for us as we try to reduce loss of control accidents. The final reports are available now, so let’s consider each scenario and think about how you would react.

A tragic result, but a familiar cause – loss of control.

In the first accident, a private pilot was receiving flight instruction in his SR22 on a good VFR day. After six touch-and-goes, the pilot requested a climb to 3,000 ft. in order to simulate an engine failure. That glide to the runway is when things went wrong, as the NTSB report explains:

The airplane then descended, and the airspeed gradually decreased from about 110 kts to about 87 kts. In the final three seconds, vertical, lateral, and longitudinal accelerations all increased to recorded peaks of 1.4 g, -0.2 g, and 0.4 g, respectively. During the last second of the recording, the airplane was at 646 ft when it entered a tight descending left turn of nearly 360 degrees. During this time, the roll values increased from 36 degrees to 45 degrees left, and the pitch values ranged from -0.5 degrees to 2.4 degrees.

Neither pilot was exactly a novice in the airplane: the pilot had over 500 hours in the Cirrus and the flight instructor was an expired Cirrus Standardized Instructor Pilot (CSIP) with over 3400 hours total time. The pilots had flown together on multiple occasions. And yet the result was tragedy, with the pilot killed and the flight instructor seriously injured. The airplane was destroyed.

The second accident also involved an instructional flight, this time in an SR20. The pilot did not have a pilot certificate (the AME deferred issuing a medical certificate), but he had accumulated over 100 hours of flying time, including over 50 in the SR20. There were two passengers in the back seat, but the circumstances still suggest a training flight. After two touch-and-goes and two full stop landings, the airplane departed Navasota Airport (60R):

Shortly after taking off following the second full stop landing, while climbing through 550 ft mean sea level (msl) at an indicated airspeed of about 92 knots, the airplane entered a left bank and began to decelerate. The airplane began to descend, and the airspeed subsequently decreased below 75 knots before it began to increase.

What caused the airplane to bank left and slow down? We’ll probably never know, and the NTSB does not speculate. It’s possible there was engine trouble, although the NTSB found no evidence of preimpact failure. More likely is a momentary loss of situational awareness as the airplane turned crosswind, and a stall. The following math is a good reminder of how rapidly stall speed rises in a turn:

Calculations based on the airplane’s weight at the time of the accident indicated that, at 1g with flaps up, the aerodynamic stall speed would have been 75 to 78 knots calibrated airspeed. The stall speed in a 60° turn (2 g) would have been 105 to 109 knots. Therefore, it is likely that the combination of a steep left bank and low airspeed resulted in an accelerated aerodynamic stall.

The final accident involved a husband and wife instead of a student and instructor, but the pilot was an experienced Cirrus owner with almost 2,000 hours in type. There is some discussion in the NTSB report about potential medication issues (including marijuana), but the fundamental mistake is sadly familiar. After takeoff on a cross country flight, the pilot reported engine trouble and attempted to return to the airport. The airplane entered a spin and crashed short of the runway. A typical story, right? In many ways it is, but there is an important factor: density altitude. As the report states,

The density altitude at the time of the accident was 7,446 ft mean sea level. The majority of the pilot’s flight experience was conducted at airports with a lower field elevation and he had flown to the accident airport on only two other occasions. It is likely that, after takeoff, the pilot misinterpreted the airplane’s reduced engine power and decreased climb performance, due to the high density altitude conditions, as an engine malfunction. During the turn back to the airport the pilot exceeded the airplane’s critical angle of attack and experienced an aerodynamic stall and spin.

What can we learn from these three tragedies? First, they are a reminder that accidents don’t just happen on dark and stormy nights with inexperienced pilots. The weather was excellent in all three scenarios. The airplane appeared to be operating properly in all three (the NTSB used the familiar phrase, “examination of the airplane did not reveal any mechanical malfunctions or failures that would have prevented normal operation”). The pilots were qualified and experienced in all three accidents. None of these was an accident waiting to happen.

The effect of bank angle on stall speed is not well understood.

And yet the accidents did happen. One common thread is that each airplane appeared to stall during a turn. From the earliest days of flight training, we learn that an airplane stalls at a higher airspeed in a turn, but accelerated stalls are one of the least understood topics among GA pilots. Step one is to accept that turns are simply different than straight and level flight. Certainly, pilots should practice accelerated stalls during proficiency training, but even more important is a general awareness of the thinner margins during turns in the pattern. We must resist the urge to overbank or pull back in a turn. If 25 degrees of bank isn’t doing the job, consider intentionally overshooting and correcting in a more deliberate way. Likewise, if the airplane isn’t climbing well, wait until you’ve reached a safe altitude to turn, and then do it carefully.

Another key factor is performance. An SR20 with four adults on board isn’t automatically over maximum gross weight, but it will definitely be heavy and the stall speed will be higher. Likewise, an SR22 can safely take off from an airport at 7,500 ft. density altitude, but the pilot must be prepared for a longer ground roll and a slower climb. Such numbers should be part of a takeoff briefing, whether it’s verbal or in your head. Anytime the performance will deviate from your normal, it should be called out.

The third, and perhaps most important, lesson is to not panic, whether the emergency is practice or for real. One accident involved a simulated engine failure, one involved a pilot who thought he had an engine problem, and the other pilot might have at least had the suspicion of engine trouble. Regardless of the condition of the engine, the pilot must fly the airplane all the way to the ground. A simple training maneuver or minor abnormality need not turn into an accident if the pilot keeps the wing flying. When in doubt, push to unload the wing.

One final point to ponder: none of these airplanes were equipped with Garmin’s new Electronic Stability and Protection (ESP) system, which provides continuous protection against overbanking and stalling by using the autopilot servos. These systems are installed on newer Cirrus aircraft, and while it is hardly foolproof, it does offer an additional layer of protection. Might this have made a difference in these three accidents? Time will tell as more and more of these airplanes accumulate hours.

The best answer, of course, is not avionics but a well-trained pilot who stays away from the edges of the envelope.

A bad case of get-there-itis