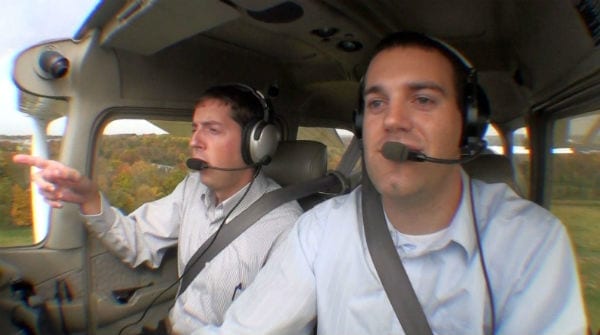 During the last several months, I traveled around the country presenting an AOPA safety seminar on non-towered airport operations.

We spent a good portion of the two-hour presentation talking about overall flight operations, communication requirements, and radio etiquette at non-towered airports. We then looked at several real-world accidents, where poor communications were cited as contributing factors by the NTSB.

I had some pretty interesting encounters/discussions with other pilots during my seminars. This subject seemed to inflame the passion in a lot of folks. I’d like to share some of my observations with you.

There’s a lot of guidance on non-towered airport operations that folks are not aware of, or at least, haven’t looked at in a long time: 14 CFR Part 91 (especially 91.126 and 91.127); Chapter 4 of the AIM; the Airplane Flying Handbook; AC 90-42F, Traffic Advisory Practices at Airports Without Operating Control Towers; and AC 90-66A, Recommended Standard Traffic Patterns for Aeronautical Operations at Airports Without Operating Control Towers.

Many folks don’t consider the radio communication recommendations in the AIM to be adequate or appropriate. When I pointed out that in the AIM, Table 4-1-1, Summary of Recommended Communication Procedures, the FAA only lists five calls for inbound aircraft, and two calls for departing aircraft, many were incredulous, and a few verged on belligerent. One gent even said I was not welcome to fly at his airport if I only made five radio calls.

The problem with pilots developing their own tactics, techniques and procedures for communicating at non-towered airports manifests itself repeatedly. It seems many were taught by an instructor, way-back-in-the-day, to make a myriad of position reports, using a variety of formats. It made sense to them, and they’ve never had anything bad happen that would cause them to change their habits. Several times, I heard, “I always make A, B, and C radio calls!” followed shortly by another’s “Well, I always make X, Y, and Z radio calls!” In fact, I heard several “I always… ” and an equal number of “I never…”

Which brings me to my point: When everyone invents their own standard, there is no standard.

Many were stuck on the idea that the more you say on the radio, the better everyone’s situational awareness will be, and therefore, safety must increase.  I had to keep reminding them that radios aren’t even required at these airports.

Some of the critics were silenced after discussing our first case study: a fatal mid-air collision between an Arrow and a Tri-Pacer.  Even though the accident was the result of failure to see and avoid, the NTSB found contributing to it was “both pilots’ failure to adequately monitor other aircraft position reports while in the pattern.”  Meaning, they didn’t, or couldn’t, determine from radio transmissions, that there was an immediate threat in the vicinity.

Unfortunately, during the last 2:18 of that flight, there were 23 transmissions, from 10 different aircraft, including 20 position reports. That’s one every seven seconds. In fact, of that last 138 seconds, 20 seconds were completely “comm jammed” with nothing said being discernible. Pretty tough to pick out, and process, what’s important to you, in that environment.

Just to revalidate what I subscribe to — follow the official published guidance, unless you can’t. I took a short flight to my favorite local non-towered airport for some pattern work. The radio was fairly quiet on my way there, and the limited calls I heard were consistent with what’s in the AIM.

But, sure enough, as I taxied out after a brief pit stop, I heard a Cessna 185, make a “10 miles south” call.  Then, from his initial call to his full-stop landing, he made another 14 radio calls! Fortunately, this airport’s CTAF is the little-used 123.00; if he had been on the hugely-congested 122.8 or 122.9, he’d have been talking to/over dozens of airplanes at multiple airports. 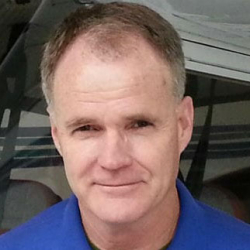 Go or No Go: flying the front
Scroll to top