Blog - Latest News
You are here: Home1 / Article Archive2 / I was there3 / What to do when the panel goes dark 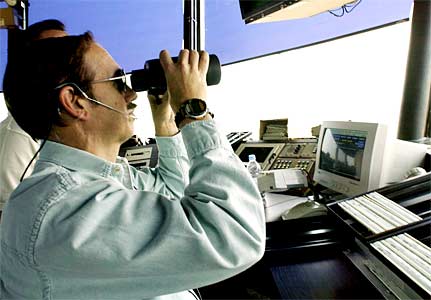 I’d like tell you a story. It’s a story about a Commercial Pilot student and his flight instructor. These two guys planned on doing a long cross-country flight in a Piper PA28R-201 Arrow, flying from Oakland, California, to Santa Barbara, California, late in the afternoon, and, after a little dinner, returning to Oakland that evening, thus knocking out the Commercial dual and night cross-country requirements.

The flight down to Santa Barbara went off without a hitch, with tailwinds, smooth air, and good visibility all the way down. The return flight, also on an IFR flight plan, was proving to be the same, floating above the string of cities along the Central California Highway 101 corridor in the smooth, inky blackness.

About 100 miles from Oakland, the pilot and instructor figured that it would be a good idea to see if they could pick up the ATIS and get some idea of what the conditions might be on arrival. As luck would have it, they actually could get the ATIS, which reported good visibility, and a scattered layer at 1000 ft. That was all good, but what was a concern was the wind… 250 at 18 gusting 23. Not too bad, if things were as usual, but that evening, things at OAK were anything but usual. Not only was Runway 28L closed for the taxiway work that had been going on for months, but that particular night 28R was closed as well, leaving runway 33 as the only North Field option.

There’s usually a lot of pavement to choose from at OAK… usually.

But was it really an option? Not with a crosswind like that. The wind easily exceeded the crosswind limitations of the airplane, not to mention that both pilot and instructor felt it wouldn’t be too advisable to attempt the low approach over 28R and the quick turn onto 33 in that much wind, down low, in the dark. They would request the visual approach to Runway 30, normally reserved for air carrier ops. End of discussion.

That was exactly when the wheels fell off the cart, electrically speaking. The next thing you know, the whole panel went black. Everything… except for the intercom, and that didn’t last long either.

“Hmmm”, said the instructor to the pilot, “we were having such a pleasant evening up to this point. So, what’s the plan, Sport?”

“Well,” said the pilot, “Maybe we should land at Hollister or Livermore?”

“That’s definitely an option,” said the instructor, “But what does Norcal expect us to do? In the absence of any compelling reasons to the contrary, we’re expected to continue on to Oakland, so let’s evaluate the situation. We have 40 minutes to go and three hours worth of fuel, we have good VFR conditions all the way to our destination, we have a flashlight, we have two iPads loaded with ForeFlight so we have redundant navigational capability, we have a Stratus, I have an iPhone and an ANR headset with Bluetooth, so whattya say we give Norcal a call on the phone and start working out the details? We’ve been NORDO for about five minutes now, and I’m pretty sure they’re curious as to what we’re up to.”

ATC is there to help – use them.

Next came the fun part. As they approached the Oakland Airport, there was the matter of the landing gear to be considered. Since they had no electrical power, the gear would have to be extended using the emergency gear extension switch. In an Arrow, it’s very simple: one just puts the gear switch in the down position, and then pulls the emergency gear extension lever to relieve the hydraulic pressure holding the gear up. Gravity and the down-springs do the rest. There is, however, a small chance that the gear do not fully extend and lock in the down position. So the instructor and the pilot conferred on this point and decided the prudent thing to do would be a low level fly-by, and have the emergency responders at the airport shine a spotlight on the gear for a visual check. The instructor informed Norcal that that he would appreciate it if they could arrange that with Oakland Tower, and within several minutes, Norcal said it had been arranged.

After several step-downs, and scooting along over a low scattered cloud deck over the South Bay, the pilot and the instructor finally made visual contact with Runway 30, and proceeded straight in. They made a low approach over the threshold where they were illuminated by an insanely bright spotlight. As they went around onto the downwind leg, Norcal informed them that the folks on the ground reported the gear to be extended and looked good. The pilots were given a landing clearance and taxi instructions. The pilot did a masterful job of finessing the plane onto the runway ever so gently, and held the nose up as long as he could.

When the nose wheel came down and held, it was all over but the fist-bumping. The little airplane exited the massive runway and was met by a half dozen or so ops and emergency vehicles, and the strange little parade proceeded to taxi from the South Field all the way down Taxiway B, to the North Field ramp about a mile away, where the airplane was secured, the necessary formalities were dispensed with, hands were shaken, and the appropriate phone calls were made.

So what are we to take away from all this?

1. Be prepared. Stuff happens. It doesn’t happen often, but it could happen to you. In 45 years and many thousands of hours of flying, this was the first time I’ve experienced a complete electrical failure in flight. And of course, it happened at night, while flying on an IFR flight plan. Does the name Murphy ring a bell?

2. Redundancy, redundancy, redundancy. In this day and age, why wouldn’t you have an iPad loaded with ForeFlight or some other EFB app? If you’re flying real IFR, there is no excuse not to have one of these little wonders sitting in your lap or mounted to your yoke. This little gadget alone transformed what even 10 years ago would have been a serious situation into a mere inconvenience.

That little tablet can be a real life-saver in an emergency.

If you can afford one, or are clever enough to make your own, a Stratus will give you weather, traffic, and geo-referencing. More recent models will even give you a virtual six-pack of emergency instruments.

Add to that the iPhone paired to an ANR headset with Bluetooth capability and widespread cellular service enabled us to establish an alternate line of communication with Air Traffic Control within minutes of the electrical failure taking down the radios and transponder. In essence, we were given priority handling and our own concierge controller.

Though the incident described above fortunately happened in moderate to severe clear VMC, we had all the resources we needed to fly any non-precision approach in IMC, simply by declaring an emergency. I spent my 30 year engineering career developing the technology that went into manufacturing the chips that live inside those devices. It was quite gratifying to know that it all came full circle that night.

3. Air Traffic Controllers are your best friends. The fact that we could coordinate every aspect of our situation over the phone with ATC was immensely reassuring. When you are in a stressful situation in an airplane, there is nothing more soothing than a calm, assured voice in your ear, telling you that everything is in place for your arrival. These guys and gals literally rolled out the red carpet for us. You want it? You got it! Whatever we needed to get on the ground safely, we got it. There wasn’t even the slightest hint of resentment for the disruption of the normal flow of heavy jet traffic into Oakland’s runway 30 that we were causing. Major props to the boys and girls at Norcal TRACON and Oakland Tower.

4. Teamwork. There was plenty of work to be done. The most important job was to fly the plane. The rest was just details. Pilots, by their nature, are pretty good at workflow management. With two pilots in the plane, PF/PNF routine can become a crack unit in a heartbeat, and stay on top of the workflow very efficiently. This increases the overall safety of the operation, and leaves some bandwidth to analyze and plan for contingencies.

I hope you have found this little story amusing, and educational. Drew Kemp
Drew Kemp is a pilot and flight instructor based in the San Francisco Bay Area. Born and raised in Berkeley, he cajoled his way into a job at the Oakland Airport and started flying at age 15 in the Champion Citabria. He soloed at 16, and then perfected a 10-element aerobatic routine, which he demonstrated for the DPE on his Private checkride. Two weeks after receiving his Private, he and his 19-year old friend ferried a new 7ACA Champ from Wisconsin back to OAK via the southern route through El Paso and the desert southwest. Drew is now on his fourth career as a Cessna 421 Captain. He was previously a roadie for some major rock & roll bands back in the ‘70s, then had a 30-year career in engineering at Lawrence Berkeley National Lab. Drew recently served a two year sentence in Part 135 Prison, flying CJ2, CJ3, and PC-12. In April, 2021, he led a mass escape of more than half the inmates at that particular institution, which shall remain nameless. You can usually find him at OAK enjoying a free FBO cappuccino, if he’s not up torturing some poor, unsuspecting pilot. Drew is also on the Board of Directors of KidsCareEverywhere, and travels to developing countries, teaching the DynaMed Clinical Decision Support Mobile Application to doctors.