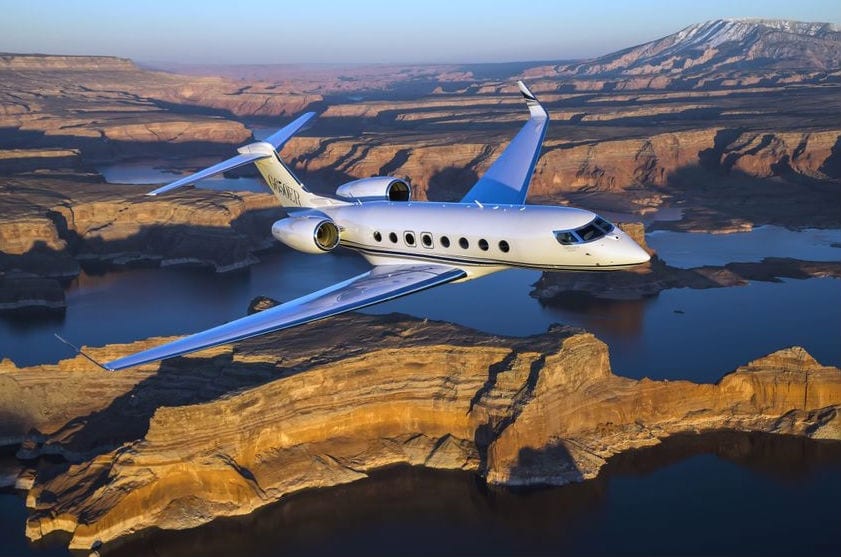 Becoming a pilot changes who you are, even if you don’t realize it at first. Sure, there are the practical lessons about math, physics, and engineering you don’t encounter in everyday life. But as a recent trip through my logbook proved, aviation offers courses in the humanities as well as the hard sciences.

For over five years now, I’ve been logging all of my flights on my iPad. I started doing it because I’m lazy, and logbook apps make it easy to fill out the annual insurance form. I quickly discovered there are other benefits, though, including the ability to save detailed information about every flight. I log the basics, but now I add much more, from pictures and GPS track logs to ForeFlight screenshots and even a “lessons learned” area in the notes section. The result is a sort of aviation scrapbook, and a great reminder of how much airplanes have helped me grow.

A few themes emerged after reading through five years of entries. Some are obvious but were reinforced in memorable ways. Others were new to me. All of them were made real by the emotions and sensations of being in the air.

1. Memories are often better than the actual event. Was your wedding fun? The ceremony itself probably wasn’t, because you were stressed or worried or nervous. Even if you can call it fun, it was likely over faster than you expected (a whopping 16 minutes in my case). That’s not a bad thing, because the memories are what matter, and those are usually wonderful.

I’ve learned this countless times in aviation – indeed, that description above applies to many first solo flights in addition to weddings. It was thrilling for sure, but it was over in a matter of minutes. The true enjoyment comes from the sense of accomplishment and the time you spend reflecting on it, even decades later. This is a feature, not a bug.

It’s not always easy, but hard work usually pays off.

2. You can do it if you keep working. Hard work doesn’t fix every problem, but it’s a darn good start. Just about every pilot I know, no matter how good, has struggled at one point in his or her flying career. Whether it was crosswind landings or VOR approaches that caused the speed bump, the answer is almost always to rededicate yourself and push on through. This comes as a shock for some pilots, especially for older adults who learn to fly and are used to being successful at everything. The reality check can be tough, but it’s a valuable reminder that we are all students.

That’s the word that appeared frequently in my logbook as I learned to fly helicopters after 15 years of flying fixed wing aircraft. One entry simply says, “I am a student again and I feel like it!” Part of me doubted whether I could actually master all the skills required for the checkride. Mastery and confidence eventually came, but not before I spent a lot of late nights studying the textbooks and a lot of sweltering days practicing my hovering skills. No one is born knowing how to be a pilot – or a doctor, an engineer or a parent for that matter – it takes practice.

3. Keep calm and carry on. When something abnormal happens, whether it’s a flashing red light in the cockpit or a sudden life event, some people can’t help but panic. This “fight or flight” response was helpful 50,000 years ago on the savannah of Africa, but it’s ill-suited to most modern scenarios. In the cockpit, it might be the difference between tragedy and a good story at the bar.

Perhaps the single most valuable skill aviation has taught me is how to manage my emotions and remain focused in the face of serious situations. One flight back from the East Coast a few years ago illustrates the point. The air was so rough that I attached the upper air analysis charts and PIREP screenshots to my logbook entry, as if to prove that it really was that bad – over an hour of continuous moderate chop, with an occasional jolt of something even worse. Miserable is about the only word that fits, but I can clearly remember a sort of calm that came over me. The only option was to slow down and focus on keeping the wings level. Everything else was pushed out of my brain, which felt strangely comforting. Besides, panic would have done no good in this situation.

4. Most people are the same at heart. If you spend any time reading the news or checking social media, especially in today’s bitter political environment, it’s easy to feel like humans have very little in common. Differences these days are very real, but I think they’re overblown in many cases – certainly they are among pilots. Most people care about the health and welfare of their families and themselves. Most aviation people like to share the joy of flying with others who are receptive.

Two episodes stand out. In the first, an FBO owner at a small grass strip in Indiana left his dying father’s bedside to pump some gas for me, then tried to refuse payment for it – he simply loved meeting new pilots and showing off his airport. Small town manners, you say? Maybe, but I had a similar experience at a very big name FBO in New Jersey, when an employee went above and beyond to be helpful in a difficult situation.

The same could be said about the hundreds of meetings at Oshkosh, when strangers who probably disagree about a lot of issues find ways to connect about their shared passion. I think the real answer is that when human beings meet face to face – not hidden behind the almighty veil of social media – they are a lot nicer to each other.

5. There’s always someone better than you. Feeling great in that Cirrus? Be patient – you’ll probably park next to a gleaming new King Air 350 and suddenly feel inadequate. Love that turbocharged twin you just bought because it can take you to 18,000 feet? One day you’ll be slamming through the summertime buildups, dreaming about the jet jockeys at FL390 who are above all the weather.

No matter how far up the food chain you climb – in houses, job titles, airplanes or pilot ratings – there will always be someone higher. While pilots aren’t known for their humility, aviation has a lot of important lessons to teach here. The best advice is to fly because it makes your life better (in whatever way matters to you), not because of the signals it sends to others.

6. There’s no such thing as a free lunch. This law applies to almost everything in life, including that “free drink” you got at the blackjack table. Recently this rule has been rediscovered by a new generation of technology businesses. That “free” online service is hardly free; you’re simply paying for it in some other way.

Aviation practically wrote the book on this topic, especially when it comes to airplane designs. In the race for speed, payload and fuel efficiency, you can pick two but never all three. Or consider performance: you can climb, but only by paying for it with airspeed. Airplanes, like life, are all about trade-offs.

7. Life is not fair. Examples of this cliched (but true) lesson abound, but flying has reminded me of it many times. On one long cross-country a few years ago, a 20-knot tailwind on the eastbound leg somehow turned into a 55-knot headwind on the return leg, just two hours later. Not exactly life-altering, but frustrating. I can’t remember a time when the tailwind was stronger than the headwind, in fact.

More seriously, a colleague, one of the finest and most thoughtful pilots I know, crashed his airplane some years ago after a fluke mechanical failure. Meanwhile, a marginal pilot I have flown with once before (but never again) somehow manages to escape disaster year after year, even while pushing a lot of boundaries. This isn’t a reason to break the rules or give up hope, just a reminder that you can do everything right and still end up on the wrong side of things.

8. Tomorrow is another day. Scarlett O’Hara made the line famous, but pilots should take it to heart. In particular, I’ve learned time and again that it’s the right attitude when it comes to making the go/no-go decision. One of my more colorful logbook entries shows how much I struggled to admit reality one day in 2015: I saved all the weather maps I was looking at when I made the decision to delay my family’s trip home from vacation. I really wanted to get back Sunday night for all the usual reasons, and we almost certainly would have made it home in one piece. But the weather was ugly, and I was concerned about how unpleasant the flight would be for my passengers.

After a lot of stress and deliberations, I decided to delay takeoff until Monday morning. Guess what? Life did not end because we came home 18 hours later. In 50/50 decisions, it’s worth remembering that a new day often brings a change, even if it’s just in perspective. That’s true for flying, but also for career decisions, kids, and so much more.

Does your logbook hold any life lessons?

Was it really pilot error – or was it something else?
Scroll to top