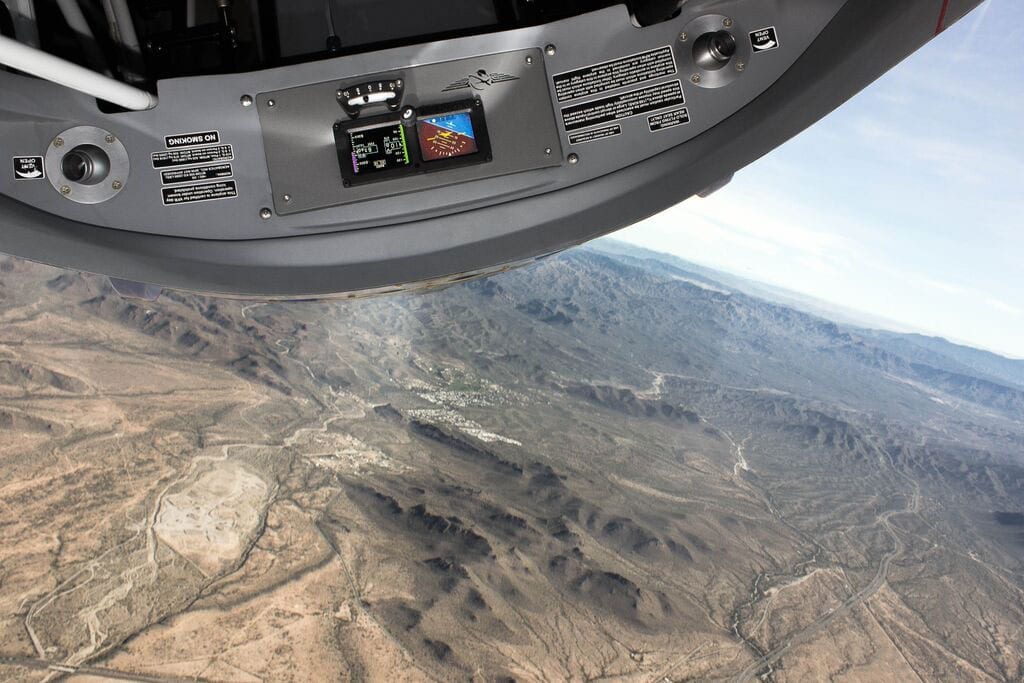 Like a bad golfer who is convinced the latest driver will fix his persistent slice, the aviation community keeps chasing miracle cures for loss of control accidents. But just like that golfer, pilots are likely to find that more practice beats bold new ideas.

The cause certainly is a worthy one. As the NTSB pointed out in adding loss of control to its Most Wanted List, “Between 2008 and 2014, about 47 percent of fatal fixed-wing GA accidents in the United States involved pilots losing control of their aircraft in flight, resulting in 1,210 fatalities.” Add in some of the fender-benders that result from loss of control on the runway (and usually don’t make the accident record) and it’s safe to say there’s a serious problem.

In response to the public campaign against LOC accidents (of course we need an acronym for it), organizations like AOPA, EAA, NBAA and even the FAA have given serious thought to the issue and proposed a number of possible solutions. They’ve been joined by countless flight instructors – and more than a few Air Facts readers. In general, these suggestions fall into three categories: technique, technology and training.

Could a turning base-to-final reduce stalls?

Fundamental changes to the way pilots fly are rare, but that’s exactly the approach being investigated by AOPA’s Air Safety Institute, in collaboration with the University of North Dakota. The team is researching the potential benefits of a continuous base-to-final turn in the traffic pattern. The hope is that, “in contrast with a rectangular pattern, a continuous turn from downwind to final may provide for increased stability, reduced pilot workload, and a constant bank angle throughout the maneuver, helping pilots better manage angle-of-attack variances.”

It’s an intriguing idea, but it has a number of potential flaws. For one, it does not eliminate the potential for over-banking or slipping/skidding turns – especially when there’s a crosswind that pushes the airplane through final. A continuous turn might also prevent pilots from seeing traffic on final, which is exactly where a lot of collisions occur. Finally, the focus on the base and final legs does nothing to address LOC during go-arounds and missed approaches, which are surprisingly common.

Another low altitude maneuver that deserves attention is the circling approach. These feature prominently in accident reports, even among experienced instrument pilots. There might be a better way to fly these approaches, or the circling minimums might need to be raised to give pilots more room to maneuver. Some pilots have even suggested they be banned unless the circling route is specifically charted.

Can engineers save the day? Pinning hopes on new technology isn’t as naive as it might sound at first. The history of controlled flight into terrain (CFIT) accidents offers a hopeful lesson: the widespread adoption of terrain alerting systems has almost completely eliminated these accidents. It might be possible to do the same for LOC.

The Airball attempts to consolidate multiple instruments into one visual display.

EAA certainly hopes so, and has launched its Founder’s Innovation Prize to encourage the aviation community to share new ideas. The first winning design, dubbed the “Airball,” graphically displays an airplane’s energy state, including airspeed, angle of attack and yaw change. No word on when such a device might be available.

The FAA is also interested in new technology. In recent years they have made it much easier and less expensive to install angle of attack indicators. Various models are for sale by name brand avionics manufacturers, and most require only a logbook entry. AoA indicators have been around for decades, and they do work, but another instrument won’t do anything if the pilot isn’t paying attention to it.

A more radical approach is to design an airplane with a stall-proof wing, and remove pilot error from the equation. That sounds crazy, but during the rewrite of the Part 23 aircraft certification standards this year, the FAA held this up as an example of a breakthrough safety feature that could result from the rule change. Never say never, but it’s safe to say that such an idea won’t do anything for the accident record over the next five years.

One final technological approach has received far less attention, but holds some promise: flight data recorders. These are used in thousands of airliners every day, and not just for crash investigations. Safety teams use this data to detect unsafe trends and improve training programs before something bad happens. If nothing else, such a process helps pilots to be more data-driven in their flying. Sophisticated flight data recorders are starting to show up in new airplanes like the Cirrus SR22, but even pilots of older airplanes can use apps like CloudAhoy or ADS-B receivers with built-in recorders to log detailed flight tracks.

Upset recovery courses are popular among business jet pilots, but aren’t realistic for most GA pilots.

This topic usually elicits the most passionate debate, not all of it helpful. One option, favored by business jet pilots, emphasizes the value of Upset Prevention and Recovery Training programs. This training puts pilots in aerobatic airplanes with experienced instructors so they can learn how to recover from spins, rolls and other unusual attitudes. It’s good training, but it’s not a solution for all of general aviation. There aren’t enough Extra 300s to go around, and such courses are not inexpensive.

Besides, a compelling case can be made that we don’t need new training, we just need more focused and more regular training. Basic proficiency is lacking, not advanced aerobatic skills. Tom Turner of the American Bonanza Society has suggested a simple but potentially effective solution: require pilots to log stick and rudder training, just like instrument pilots have to log approaches. This would emphasize proficiency flying in between the official flight review every two years, and would focus on what matters: slow flight and stalls. It also has the benefit of being fairly easy to implement.

Truly effective training needs to go beyond stalls and spins, to recognize “loss of control” as a broad category of events. Sure, some accidents are classic stall/spin scenarios, but others are due to a lack of autopilot proficiency, like the Asiana crash in San Francisco where the pilots were unsure whether the automation was on or off. Many reflect distraction, as the NTSB admits in their Most Wanted List. Much like texting behind the wheel of a car, a pilot’s attention is not where it should be when his airplane stalls. How do you teach this?

In evaluating all these proposals, the first thing to admit is that there are no quick fixes. If there were, we would have found them long ago – it’s not like stalls are a new discovery. The solution to LOC accidents will probably be a boring and difficult combination of small changes that phase in over the course of a decade.

Angle of attack indicators have not been a popular upgrade so far.

Technology can help, but progress will be slow because the average general aviation airplane is over 30 years old. That means retrofit technology is the key, and early results aren’t encouraging. Angle of attack indicators are still exceedingly rare, even after a major push from the FAA and GAMA – pilots simply haven’t shown much enthusiasm for installing them in used airplanes. Even when they are installed, training programs will need to be overhauled to make AOA an essential part of flying, not an afterthought.

The more powerful technological solutions will come in the form of always-on automation, like Garmin’s Electronic Stability Protection system or perhaps modern versions of stick shaker/pusher systems. These don’t require any pilot input or training, but they are not quick retrofits so they will probably remain a new aircraft feature.

If technology is at best a partial cure, technique may offer another part. The continuous turn to final being studied by AOPA doesn’t seem like much of a fix to me. It might work for well-trained fighter pilots, but it’s a solution to the wrong problem for general aviation.

Hopefully the research program at least stimulates a debate about new ways to fly in the airport environment. We are still flying traffic patterns, especially in primary flight training, as if everyone flies a Luscombe with an engine that’s about to quit. I know some old school CFIs will gasp, but flying beyond gliding range of the runway might be a tradeoff worth making in 2016. If pilots aren’t right on top of the runway, there might be less likelihood of overbanking on base-to-final. No, I’m not advocating the 747 pattern some pilots fly, but there’s plenty of room in between. Maybe even the occasional straight-in approach would work?

Beyond that, CFIs shouldn’t be afraid to teach approaches with less than full flaps, or with some power maintained until crossing the runway. The power-off, full flap glide is a maximum performance maneuver that simply isn’t necessary for most general aviation airplanes. The pros in Citations and Boeings “fly it on,” and a lot of Cessna pilots probably could too.

Of course better training is almost always the best answer. Requiring onerous new training events seems misguided, but the idea of spending time on a regular basis focused specifically on stalls seems both practical and effective. We can all ridicule the “six approaches in six months” rule for instrument pilots, but it does make pilots shoot approaches. If you measure it, you aspire to it.

While stall training is important, a focus on airspeed control might pay even bigger dividends. If pilots could consistently maintain the private pilot standard of +10/-5 knots on final, the vast majority of LOC accidents would go away. Yes, you can stall at any airspeed, but most pilots don’t. If we spent more time on airspeed awareness and less time on obscure trivia about NDBs and dead reckoning, the results might be pleasantly surprising. No STC required.

I have chosen my place well