Blog - Latest News
You are here: Home1 / Article Archive2 / I was there3 / Surviving one of the “world’s most dangerous airports̶... 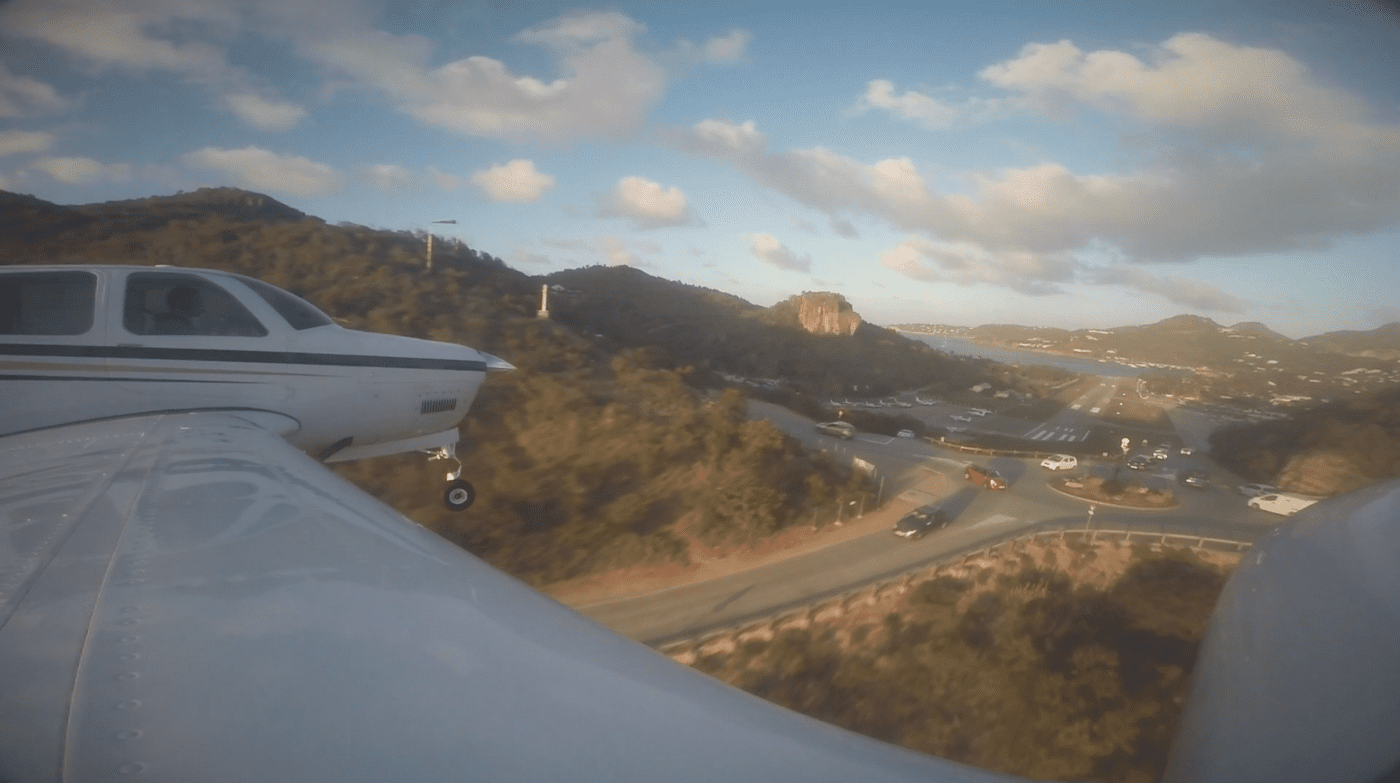 Just be on speed and glidepath.

A playground for the world’s rich and famous, the small Caribbean island of St. Barthélemy is known for its beaches, gourmet dining, and high-end designers. But it is also home to Gustaf III/St. Jean Airport, widely regarded as one of the most dangerous and challenging airports on the planet. Its short 2,100-ft runway has a 150-foot hill on one end and mountains just across the topless beach and small bay on the other end. In addition, it’s surrounded by even more mountains on the two remaining sides.

Bent airplanes are not uncommon.

So naturally when I had the opportunity to explore the Caribbean with a few friends for spring break, I jumped at the chance to land at St. Barts.

Due to the unique challenges it poses, the French aviation authorities require special training and an endorsement to land there. (The St. Barts visitor guide described the process succinctly: “don’t do it on a windy day with a hangover.”) So we first endured the beautiful mountain vistas of St. Martin to meet with a French flight instructor, Lucien, who could sign me off (and also because staying on St. Barts itself was a minimum of about $1,000/night).

Landing at St. Barts? You’ll first need to spend some time with an instructor.

We began with a quick overview of the special enroute VFR procedures that exist due to the high volume of traffic over the 16nm route between St. Martin/St. Maarten and St. Barts. In short, there are a few required reporting points, and you must fly at 1,500 ft southeast-bound and either 1,000 ft or 2,000 ft northwest-bound in the corridor between St. Martin and St. Barts.

Lucien then went on to explain the three approach options — straight in (wide left traffic) to runway 10 (over the hill), over the water to runway 28 (wide right traffic), or through the mountains (and arguably the most interesting) to runway 28 (left traffic).

The most critical aspect of the ground portion was simply learning the differences between French and US procedures and the locations of reporting points since there isn’t much time to figure that out in the air while also trying to figure out how to fly a very unique approach at a very busy airport. But after a quick overview, scribbling down some notes, and about 15 minutes of alternating between fueling and ducking under the wing to get out of the rain, we headed over to St. Barts.

Flying over at 1500 ft, the first reporting point (on the inset map in the chart below) is Fourchue, a small island just northwest of St. Barts, but the real fun begins over Pain de Sucre — Sugarloaf. Configured for landing with the gear down, full flaps, and maintaining final approach speed (I chose 80 knots in the Bonanza) over Sugarloaf, the small rocky island sets you up for about a 2 mile final (still at 1500ft) to runway 10, offset about 12 degrees from the runway to clear the rapidly rising terrain just left of the traffic circle on the hill. You end up flying about a 10 degree glidepath, which is 3 times steeper than normal! Precise energy management is crucial.

The gusts coming over all the mountainous terrain made for a bit of a bumpy ride and with no real room to add extra speed for gusts, we got the occasional chirp of the stall warning horn, too. You’re basically at very low power, coming down rapidly to just barely clear the cars driving on the top of the hill, then make a shallow turn to line up with the runway, flare, and touch down — if you float more than a few hundred feet, you’ll have to add power and go around since there won’t be enough room left to stop (not doing so is the critical error of the pilot in the video above). Once you clear the road, the hill is slightly steeper than your glide angle, so your first instinct is to want to push the nose down to avoid feeling like you’re too high and will overrun the airport, but this only adds energy you don’t want or need. The high rate of descent can be a little alarming at first, but once you get a feel for how little energy it actually takes to flare (arrest the descent), it feels pretty good.

Lining up for landing.

We had decided that the first two approaches would be go arounds, then we would try a few landings, and if I didn’t have it by the fourth, we would be done. Having only one set of controls in the Bonanza (a throw-over yoke) kept things all the more interesting since I was basically on my own in actually flying the approach — I’d have probably been terrified to be the instructor, but he seemed completely calm.

Fortunately the first approach was nearly perfect, so after one more go around, we actually landed. Coming to a stop before the end of the runway was definitely a relief, but then I had to confront the challenge of taking off hot and heavy on a short runway over a harbor with 50-foot-tall sailboats and a mountain on the other side. That too went smoothly, though, so after a few more landings, we got out to take a quick break and went up to the AFIS (aerodrome flight information service — like a watered-down control tower that’s really more akin to on-field flight service stations in the U.S… though do those still exist?) to file a flight plan for the eventual return trip.

Now those first few landings had already been some of the most fun I’ve ever had flying for an hour, but it turned out the best was yet to come. While landing over the hill to runway 10 is the most common approach (because of prevailing wind direction) and gets all the attention for planes being sketchily close to cars and people on the hill, flying left traffic to runway 28 is actually the sketchiest by far.

You start off at the same 1500ft, but then descend to 800 feet by the coastline to skim the tops of houses along mountain ridges as you work your way through the mountains until you find the airport again. After flying right next to and between the first couple mountains, far below their peaks, you make about a 150 degree turn in the middle of three mountain peaks and have to remain higher than the next ridge you’re about to cross but can’t see until you finish the turn — but if you’re any higher than just barely clearing it, you’ll be too high and fast to land and have only a few more seconds to decide whether you’re landing or going around (there’s no option for a go around after about half way over the harbor, on account of the hill at the other end of the runway). 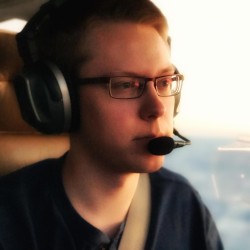 Matt Guthmiller
A 21 year old student at MIT, Matt Guthmiller is a world record setting pilot, entrepreneur, and speaker. Since his first solo at 16, he has earned a commercial pilot certificate with numerous ratings and logged more than 1,300 hours in dozens of aircraft. At age 19 he became the youngest pilot to solo circumnavigate the globe by air, flying a 1981 A36 Bonanza 30,000 miles, and has flown in some of the most extreme situations a pilot can find. Most days he can be found flying around the country for business or pleasure, practicing aerobatics, and occasionally doing his homework.