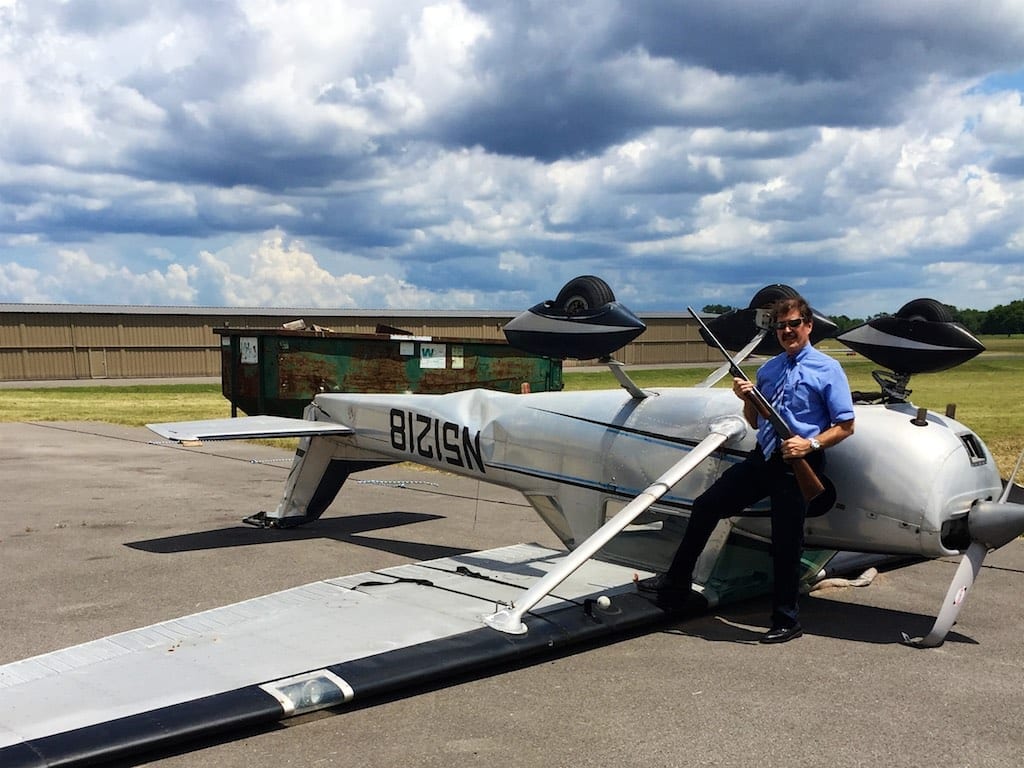 We recently launched a new monthly feature in Air Facts – our Caption Contest. Once a month, we’ll post a photo and call on our very talented readers to provide a caption for that photo. Check out our most recent one below and if an amusing or clever caption comes to mind, just post it as a comment. In two weeks, we’ll cut off this contest and the staff of Air Facts will arbitrarily choose their favorite caption among the (hopefully) many captions submitted.

You will be rewarded for your effort! The winning caption writer will receive a prize: a personally autographed copy of Richard Collins’ latest book, Logbooks: Life in Aviation.

Good luck and have fun!

Update – we have a winner!

Congratulations to John Pineda of Nebraska – his caption was chosen as the winner from over 60 entries. The winning caption was…

Making babies puke in a 727