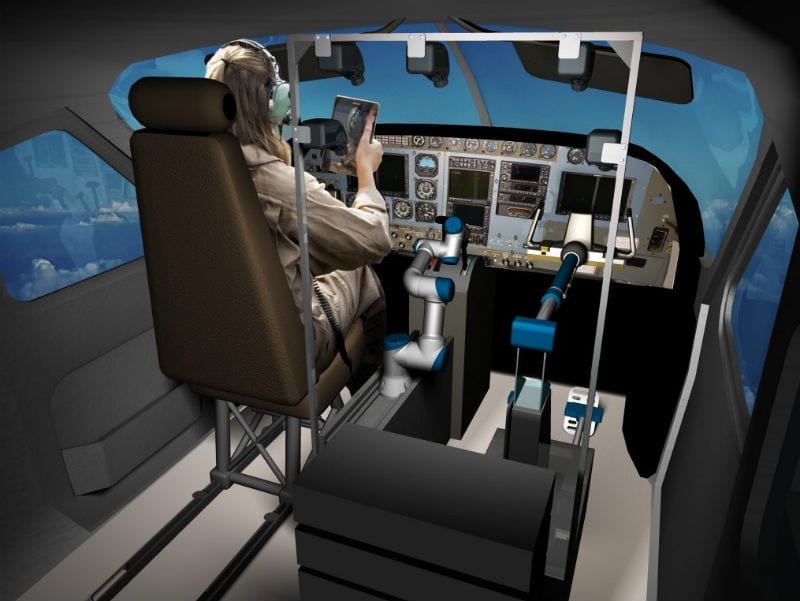 Artificial intelligence (AI) is the hot technology of 2016, finding its way into research papers and cocktail party conversations alike. As usual, most talk is either hopelessly optimistic or relentlessly negative (you know a trend is mainstream when you start reading headlines like, “Is fashion ready for the AI revolution?”). Cut through all the hype, though, and pilots can find a lot of reasons to be enthusiastic about AI.

But first, some perspective. In spite of what Hollywood would have us believe, AI does not mean all-knowing supercomputers will take over the world. That type of general AI is probably decades off, so we can relax about HAL 9000. On the other hand, specialized AI is tailored to solve particular problems or work in specific industries, and it is much more realistic. Techniques like machine learning use powerful computers to sort through vast amounts of data, learn patterns, and work smarter.

If some of this sounds familiar, that’s because aviation was an early adopter of AI. In fact, many pilots have been flying with very primitive forms of AI for years, even if they didn’t realize it: autopilots, FADEC, and load-shedding electrical systems all use computer power to make intelligent decisions. If you’ve read any of the academic discussions about autonomous cars, you’ll have noticed that many refer to early airplane autopilot studies as key sources.

Somewhat quietly, though, the boring autopilot is starting to grow up. It began with Garmin’s Electronic Stability and Protection system, a major advance in autopilot technology that has received surprisingly little attention. This passive safety system continuously monitors the airplane’s attitude and uses the autopilot servos (even when the autopilot is off) to nudge the airplane back to safety if the bank gets too steep.

Researchers at University College London are taking it a step further by applying real AI to an autopilot. Instead of just programming it to fly certain pre-planned profiles, the team is using machine learning to make a more resilient autopilot that can adapt to changing conditions. By watching a human fly and storing hundreds of hours of detailed data from real flights, it builds a library of scenarios. Whereas a traditional autopilot might give up when an engine fails or the turbulence gets really rough, this new design leans on its experience to keep flying. There’s a long way to go, but initial testing (on a Cirrus SR-22 no less) is very promising.

A completely new type of autopilot.

AI-powered autopilots will take increasingly creative forms as they mature, to the point where “autopilot” may not even be the right word. For example, a DARPA project called Aircrew Labor In-cockpit Automation System (yes, ALIAS) aims to create a full replacement for a human copilot. Much more than just code, this includes a complete mechanical system that manipulates the stock controls of an airplane. The idea is to have a drop-in option for the military, so there’s no need to design a new, autonomous airplane. Aurora Flight Sciences has made surprisingly good progress on this project, as they showed off in a video last week.

So far, most of the AI innovation in aviation has focused on control of the airplane or its systems. Things get much more interesting when such technology is used for real decision-making tasks. For this type of work, machine learning is often paired with deep learning and neural networks to create powerful algorithms that attempt to “think” like a human.

At this point we are mostly in the imagination stage, but there are some exciting possibilities to imagine. AI is being used to interpret MRIs in hospitals right now; imagine the power of AI to read an engine monitor. Is that high CHT and low EGT on the #4 cylinder a problem? AI could easily compare that engine signature to a database of millions of hours of engine data. Indeed, Savvy Aircraft Maintenance Management has pioneered something like this with their Failed Exhaust Valve Analytics program, which warns of impending valve failure based on digital engine monitor data.

Weather is another place where AI is being used to make real world decisions in a variety of industries, and aviation should be no exception. Wouldn’t it be nice to receive an alert when your destination weather starts going down, then have a suggestion for the perfect alternate, based on your preferences for weather, approach type and runway length? Or how about using AI to decipher the radar image in front of you, pulling in other weather data to help you decide whether it’s convective or not? Given enough data and enough computing horsepower, AI can do more than just display images: it can make suggestions.

These scenarios all point to the real power of AI in its fully developed form – it is predictive instead of reactive. Just like your iPhone tells you when to leave for your meeting, an aviation app could create the perfect VNAV profile given the STAR you’re flying or your fuel burn rate, then provide custom alerts before you have to ask. Or it could suggest a new route in flight when the winds change.

Garmin’s Telligence product is sort of a Siri for the cockpit. Is it the future?

Such predictive AI will probably involve voice alerts and speech recognition, too. The interface of the future may resemble a conversation more than a computer to be programmed. We’re certainly not there yet (yes, I have Siri), but the first signs of this are starting to appear. Garmin’s Telligence system uses voice commands to complete hundreds of common tasks in the cockpit. This is certified and available to install today, and it most certainly isn’t the last voice command product we’ll see.

Aviation will get a big boost from the drone market when it comes to developing practical, airborne AI. After all, on a quadcopter that’s inspecting a pipeline there is no pilot to make decisions, so the AI is essential. Billions of dollars are being spent to develop drone technology that avoids terrain, obstacles, traffic, and weather, or self-diagnoses a mechanical problem and returns to base. Expect to see lots of interesting ideas taken for a test drive on drones before coming to your Cessna.

Can anything stop this thrilling race to the future? Certainly. If history is any guide, regulation will move far slower than technology. What’s possible and what’s certified are not the same, and we can expect the FAA to be cautious in approving bold new capabilities. Not all of that caution is unjustified, and the good news is that aviation is actually ahead of cars in many ways – we’ve been regulating and training on automation for decades.

Hopefully the FAA avoids a common trap here. As is so often the case when debating technology, the discussion quickly becomes binary: human intelligence vs artificial intelligence. Good vs. evil. This makes great headlines, but it’s a false choice.

Researchers at MIT use the phrase “extended intelligence” to signify how AI is used to augment human decision-making rather than replace it. That may sound like spin, but it’s actually a crucial distinction. Extended intelligence, just like a glass panel or a deice system, is simply a tool. When used appropriately by pilots, it can improve the safety, utility and fun of flying. That’s a realistic – and exciting – future.