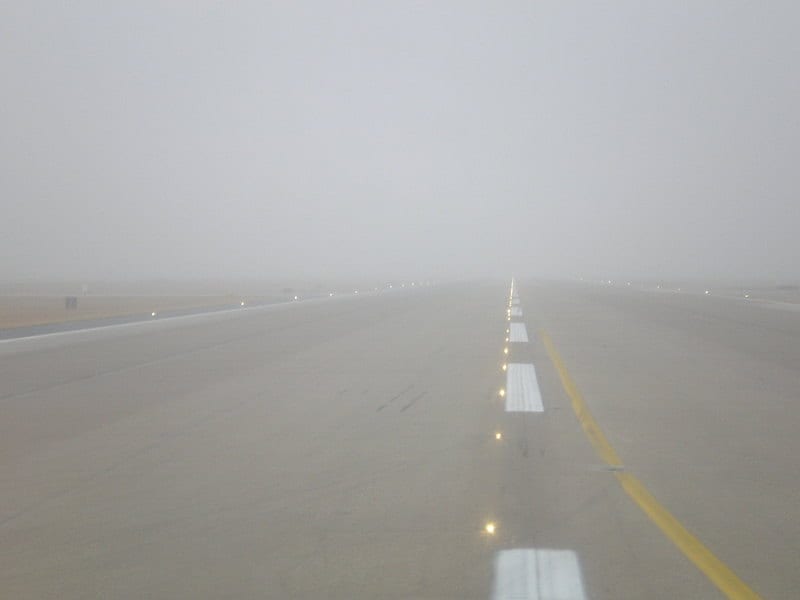 Instrument pilots obsess about approaches: if you can keep those needles crossed all the way down to 200 ft, you must be a good pilot. Even the FAA seems to agree, since its requirements for instrument proficiency focus almost exclusively on flying six approaches in six months. While shooting an ILS to minimums is an important skill, this all presupposes you managed to depart safely. Unfortunately, NTSB reports prove that’s a big assumption – each year, a few pilots tragically learn that IFR departures aren’t as simple as they seem.

How low is too low?

Part of the problem is that many departure procedures aren’t easy to find in the FAA charts, buried at the front of the Terminal Procedures Publication instead of grouped with each airport’s approach charts. More than one flatland pilot has been surprised to find that the front of the approach plate book has more than just a legend! Even worse, pilots trying to decide whether their departure airport has non-standard takeoff minimums has to look at an approach chart for that airport to see the triangle T symbol. This makes no sense.

Given all the neglect and confusion, it’s worth reviewing some of the basics of instrument departures, and considering when they actually matter. The best place to start is with a plan, one that considers the entire process of getting from the hangar to cruise altitude. This should include four steps:

The taxi route may seem like obvious, but at busy airports in bad weather, this is a critical time. At some large airports, the tower may not be able to see all the taxiways and runways, so your route to the runway deserves the same attention as your actual departure. Know the likely runway for departure, know the potential routes to get there (including named taxi routes at some big airports) and know the runway incursion hotspots. Don’t leave the chocks unless you’re completely sure where you’re going.

If the departure runway changes at the last minute, stop and review what other changes that might lead to. Don’t be in a hurry here, and don’t take off until you are perfectly clear on the departure procedure you’re going to fly. Low visibility is also a time to make sure your eyes are outside while you taxi – it’s easy to miss another airplane in the fog if you’re staring at your iPad.

You do look at the ODPs, don’t you?

From there, review the takeoff minimums to determine whether you can safely depart. While Part 91 pilots can theoretically take off in any weather, it’s smart to read the published minimums, found in the front of the approach plate book or in your favorite app. If these say 1900-2 (meaning a 1900 ft. ceiling and two miles visibility), you should wonder why they’re so high. At the very least, consider the approach minimums to get back into your departure airport, which may be your only option if something goes wrong on takeoff. If it’s below both, your safety margins are awfully thin. By departing into such bad weather, you’re essentially saying that you’re a better pilot than the pros (who have to abide by such takeoff minimums).

Climb gradient is also important here – 200 feet per nautical mile (FPNM) is assumed, and some takeoff minimums require much more. For example, 450 FPNM is over 700 ft. per minute at 90 knots, which may be more than your 182 can do on a hot day.

When it comes time to actually hit the throttle and take off, step one is to understand the ever-changing mix of acronyms. As of today, the FAA groups all IFR departures under the heading of Departure Procedures (DPs), which include standard instrument departures (SIDs) and obstacle departure procedures (ODPs). SIDs are charted routes, typically found at busy airports, that transition airplanes from the terminal to the enroute environment. ODPs are text-only procedures that tell pilots what to do in that time after the wheels leave the runway, but before ATC says “radar contact.”

Start with ODPs, which really work in conjunction with takeoff minimums and are listed next to them. They describe safe ways to depart airports where there may be obstacles or terrain, especially if ATC can’t see you down low. It could be as simple as, “Climb heading 070 to 1800 before turning right” or it could be much more complicated. Remember that not all airports will have ODPs – only those with instrument approaches are eligible – so just because you don’t see one doesn’t mean there aren’t mountains.

Here’s the big question that confuses most private pilots: do you have to fly ODPs? If you’re given a SID or a radar vector on takeoff, the answer is no. Even without a SID or a vector, Part 91 pilots aren’t required to fly the ODP. Having said that, it’s usually a good idea to fly the text ODP unless the weather is good VFR and you know exactly where the terrain and obstacles are. After all, it was created for a reason.

You can actually file an ODP, although it rarely happens: put “will depart BLF runway 23 via textual ODP” in the remarks section of your flight plan if you want bonus points. If you don’t go so far as to file the DP, you can still tell ATC before takeoff that you’re going to fly the ODP, just so they know what to expect.

SIDs are charted, and more for ATC’s benefit than yours.

By contrast SIDs, which are mostly created for the benefit of ATC or noise abatement, are fairly simple. They have charts depicting the routes and altitudes to fly, and are explicitly assigned by ATC before takeoff. If one of them in in your clearance, just load it into your GPS and go flying. The only complication is with the newer RNAV SIDs. These are often complicated routes that include multiple mandatory altitudes: “climb via the departure” can pack a lot of requirements into four words. Make sure you’ve studied the chart thoroughly before accepting an RNAV departure.

Some might say that instrument departures are mere trivia, and only matter in the boonies where the terrain is high and the radar coverage is non-existent. That’s certainly where they matter most, but it’s not the only time to read them. Small hills, towers or even airspace can complicate takeoffs from seemingly benign airports.

Peachtree-DeKalb Airport in Atlanta is a perfect example. This large GA airport has a control tower and no terrain to speak of, but a group of towers just 5 miles off the end of runway 21L (some reaching over 1100 ft. AGL) should get your attention. You probably won’t fly the ODP, because ATC will assign you a heading and an altitude, but you should know it exists. And if you feel like the clearance you’ve been assigned conflicts with the ODP, ask ATC.

A 2004 Learjet accident in San Diego is a chilling example of how a moment’s inattention can lead to disaster. The highly experienced crew, flying a well-equipped business jet from a major metropolitan area, took off after the tower had closed and ignored the published departure procedure. They climbed straight out after departing on runway 8 (instead of the climbing left turn the ODP suggested) and while the weather was VFR it was a dark night. With the high terrain just east of the airport hidden, the airplane flew right into the side of a mountain.

At a non-towered airport, departure procedures become much more than a curiosity. Before you blast out of that remote airport in ski country, reviewing the takeoff minimums and ODPs should be an essential part of your preflight checklist.

How apps can help

If we can draw pattern entries in apps, can we draw departures?

Technology is making IFR departures easier in some ways, but it’s disappointing in others. The pervasive use of terrain and obstacle warning features in today’s modern apps has helped pilots maintain a big picture view of potential threats on takeoff. While an iPad may not be primary reference, a synthetic vision display should definitely be used on takeoff to keep those red areas away from your airplane. It would have helped the Learjet crew.

But there’s room for some of today’s popular aviation apps to go further. For example, if the app knows what airport you’re departing from, and it knows the weather (by looking at the latest METAR), it could remind you of the takeoff minimums and any applicable ODPs. Simply knowing these exist would be a big step for a lot of pilots.

In an age where charts are no longer limited by a piece of paper, visually depicting ODPs would be even better. The FAA is starting to do this with some of the new RNAV ODPs it’s developing (you’ll see OBSTACLE in the header), but many text ODPs would benefit from a simple diagram as well. Pilots can draw a VFR traffic pattern entry on the map in ForeFlight; could an ODP work the same way?

Apps are great, but as always with IFR flying the key to safe departures is your mindset. Especially at a non-towered airport, you really are on your own from the time you start the engine until you get to altitude. Be alert, consider all the options and stay paranoid.

10 pilots in a 4-seat Cessna
Scroll to top