Have you flown a circle-to-land approach recently, for real? By any chance did you notice that down in the profile view at the bottom, where the circling minimums are shown, the letter “C” is now in bold and it is just slightly larger? You might have missed it. I have pointed this out to some gray beard, veteran pilots who were surprised to see this.

Have you seen the new C symbol? Do you know what it means?

Guess what? You won’t find these everywhere. Only some airports have the newer circling minimums published, right now. But in the next few years, more will have them. So let’s see what’s changed.

It seems that about three years ago, in late 2012, the folks in the FAA who created the TERPS (Terminal Instrument Procedures), which IAPs (instrument approach procedures) are based on, changed it to correct some long standing charting issues that were not properly addressed the first time. Finally.

The FAA is finally getting in sync with other (ICAO) countries around the world regarding circling approaches and obstacle clearance requirements. Do you know how little obstacle clearance there really is? Not a lot. More on that, later. This is important stuff on some dark and stormy night, close to high terrain, when you are considering circling. There are three problems that have long needed to be addressed, and now they have been.

Second: Now it’s all about flying a stabilized final approach, especially if you are in the big iron. Big airplanes (read “jets”) are not designed to be maneuvered close to the ground that way. The really important point is that it does not allow for a stabilized final approach from a point at least 500’ above the runway to landing, which Transport Category (FAR 25) aircraft require for a “stabilized approach.”

Third: The same protected area criterion for circling approaches was used for all airports regardless of field elevation (MSL). So, regardless of whether you were circling in the flat lands of the Midwest or the Colorado Rockies (Aspen or Telluride, Colorado), the circling approaches were designed similarly. Thus, chart designers did not account for the higher true airspeeds in the traffic pattern found at higher elevation airports.

What changes will you see? Expect higher MDAs as the circling radii has been enlarged, so now more, taller structures (read: “obstacles”) are included. Did you know, and are you aware, that up until now, there has been no buffer zone outside of this protected area? Whoa. So, for example, if the radius for Category C is 1.7nm, there could be a 1000’ obstacle at 1.71nm, that is, one-tenth of a nautical mile beyond the protected zone! That is not much protection. With the newer guidelines, the new circling criteria provide a 1+ nm buffer outside the protected area. This increases the safety margin considerably when you are circling in marginal conditions. I like this.

This is also why many, if not most, operators of large turbine aircraft (airlines as well as many corporate operators) do not permit circling approaches unless the weather conditions are at least 1000 ft. and 3SM, in daytime VMC conditions. Large transport category jets and turboprops are not designed to be maneuvered down low, close to the terrain, not stabilized, especially at night, in marginal conditions. So they are prohibited from doing this. Passengers appreciate this, as well.

Have you ever trained in an FAA Level C or D simulator, at a FAR 142 training facility like those at FlightSafety International, CAE Simuflite, or SimCom? If not, then welcome to the world of simulator training, in a full-motion flight-training device (FTD). When flying a circling approach in a Level C or D simulator, it is required to be conducted in a “night-time” environment, when it is dark, which can add to the difficulty and stress level, until you become familiar with these conditions.

If it’s really low, do you know what obstacles are out there?

If you have, then you are familiar with the circling approaches that are typically flown there. The circling approaches are usually at either JFK International Airport (KJFK) or Memphis, Tennessee (KMEM). Why these two, you ask? The runway layout at both KJFK and KMEM meet the FAA’s criteria for circling approaches in a simulator, where the requirements include circling to a runway that is at least 90 degrees offset from the approach in use.

So for example, at KMEM, you fly either the ILS/Localizer or RNAV 27 approach and then circle or maneuver (offset) north to land on runway 18 Right. Typically you fly this approach using all available automation (coupled to the autopilot/flight director/flight guidance), until it is necessary to circle or make the descending left turn to the landing runway (18R), and you hand-fly that portion of the approach to a landing. This takes some getting used to. The descent from the circling MDA to the runway needs to be a stabilized descent, not exceeding 1,000’ feet per minute on final, touching down in the touch down zone (TDZ).

If the descent to the runway does momentarily exceed 1000’ FPM, this might trigger a loud ground proximity warning system (GPWS) alert (“Sink Rate, Sink Rate”) which is designed to get your attention. You would respond to this with prompt, corrective action, briefly leveling off and adding some power as required, momentarily slowing the decent, then resuming a stabilized final approach to the runway.

So, if possible, don’t fly a circling approach to an unfamiliar airport, at night, for the first time. This is not a good idea. It is best to fly a circling approach in day VMC conditions if at all possible, so you can see the terrain and the surrounding area, before attempting this at night. This is especially true if there is any hilly or mountainous terrain in the vicinity. Then you will probably want to avoid circling there after dark. 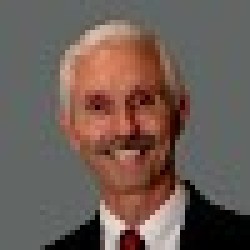