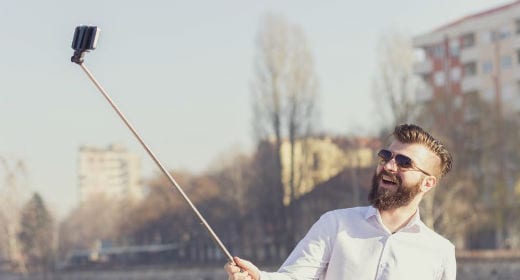 The world is going to hell in a hand basket – if you need proof, just watch the reality TV show masquerading as a presidential election, or read some comments on your favorite social media app. Apparently younger generations are soft, older generations are greedy and politicians are just plain crooked. Paging Chicken Little…

Now before I stray too far into religion or politics, let me assure you I am not running for office. But all the complaining does make me consider the unique role aviation has played in my life, and in most pilots’ lives I suspect. Might it be the miracle cure we’re looking for? Consider the following.

Hey good lookin – put the camera down and go flying.

1. Narcissism runs rampant, but flying makes us humble. Whether it’s the teenager posing for the perfect selfie or the entrepreneur starting his business of one, modern culture seems to value the confident individual above all else. Technology has made it easier than ever to turn our attention inward, with often depressing results. Aviation may seem like the ultimate activity for the confident individual, and yet learning to fly has a unique ability to make us humble. That teenager who carefully crafts the perfect online persona can’t hide behind an Instagram filter when he botches a landing – he might have to admit that some things take a lot of practice. That proudly-independent businessman will soon find out that flying is a team sport, one that requires good instructors, air traffic controllers and fellow pilots to make the system work properly.

2. Our sense of community is fading, but airports pull us together. It’s been called the “bowling alone” phenomenon: there is a slow erosion of public institutions that results from less community-minded citizens. The root cause can be debated, but Americans are joining fewer organizations, talking to their neighbors less and volunteering in their local communities more sporadically than they did 25 years ago. Aviation isn’t immune to this trend, but it pushes back in numerous ways: flying clubs are on the rise, bonding diverse groups of pilots together in search of value and safety; Young Eagles rallies bring together aircraft owners to support a common cause; threats of airport closure galvanize aviators to defend their flying homes. Put two random pilots in a room together and they’ll have plenty to talk about. You can’t say that about many other groups of Americans these days.

3. Everyone wants STEM education, and flying offers it. The latest educational buzzword is STEM (science, technology, engineering and math), and it’s the proposed fix for America’s lagging school performance. If the future belongs to scientists and engineers, say the reformers, then our educational system needs to reflect that reality. But as any parent knows, getting a 12-year old excited about geometry can be a serious challenge. That’s where aviation comes in, since it takes obscure and difficult topics and makes them real and exciting. Whether they want to design the airplane, fly it or maintain it, kids involved in aviation get a first class STEM education without even knowing it.

4. We’re raising a “teacup generation;” aviation teaches resilience. There’s something approaching panic at many universities about the inability of students to handle setbacks: a B- in English is a disaster, “trigger warnings” are used to protect sensitive students and counseling staffs are overwhelmed by kids who can’t handle life without mom and dad. Flying teaches many things, but grit and resilience are two of the most important ones for 21st century life. First you have to grind your way through flight training, and earn a license – not easy for even the hardest working student. Then there’s the “I’m all alone” moment: whether it’s the first solo or the first trip with passengers, many pilots can remember formative moments when the sense of ultimate responsibility kicks in. If you’ve dealt with that, a tough teacher suddenly becomes a lot less intimidating.

Programs like Young Eagles are a great way to meet the next generation, instead of just complaining about them.

5. People live in echo chambers; airplanes introduce them to different people. One of the reasons people get so animated about politics is that they rarely meet anyone with whom they might disagree – it has never been easier to create a digital world where everyone agrees with you. While flying the family jet to Aspen for a ski weekend may not exactly be a multi-cultural experience, most airplanes still enable us to meet people from different backgrounds, face to face. Are people in Texas really gun-toting nutjobs? Is everyone in Oregon a bleeding heart hippie? If you’re chatting in the FBO while you wait out the weather, it’s a little harder to live in such a black and white world. A pilot’s license is a powerful tool for meeting some incredible people.. maybe even a few you don’t agree with.

6. We are increasingly risk-averse, but flying shows that smart risk taking has huge rewards. From car airbags to cleaner air, life has gotten remarkably safer in the last 40 years, which is one reason I hate all the doomsday talk. But one unintended consequence of that change is that society in general has become more risk-averse, so much so that “free range parenting” is actually a serious movement. While safety is certainly important, most of the major innovations in American history have come from risk takers. Being open to taking calculated risks is a critical skill for success in life and it’s important for America as a whole. In its most basic form, flying is all about acknowledging risk, mitigating it if possible and embracing it when it offers outsized benefits. We could use a little more of that thinking.

7. We’re obsessed with smartphones and tablets – unfortunately aviation can’t help that. OK, so aviation ain’t perfect. While millions of Americans ignore the person next to them in favor of the smartphone in their hand, pilots occasionally miss a stunning sunset because they’re fiddling with ForeFlight. It just proves that pilots really are human after all.

So if you’ve been watching TV and you’re worried about the next generation, I have a single policy proposal: send the kids to the airport!

The people you meet in aviation – some good, some bad
Scroll to top