Blog - Latest News
You are here: Home1 / Article Archive2 / Opinion3 / Comparing your dreams – why owning an airplane is worth it 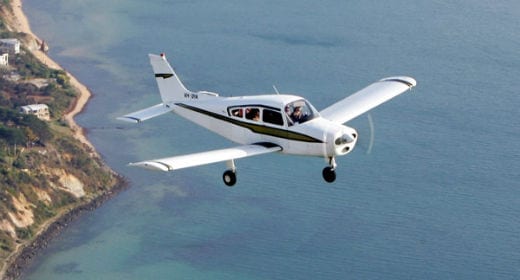 I’m an active member of a forum on the www dedicated to my particular brand of obsession, the Beech Musketeer. Over the years it’s been incredibly useful with helping to find obscure parts for my old airframe (that’s airframe, my aeroplane – not my body, though a reconditioned set of eyes and flatter tummy would be nice to find), as well as getting advice about maintaining and operating my Mouse.

Is it a sexy airplane? Maybe not. But does that matter?

The other day there was a topic that one of the regular contributors responded to. This is a bloke who, based on his past posts, reminds me of Jamie from MythBusters; a very smart, slightly humorless and incredibly literal fellow who could probably tell you the size of the nut holding the widget on the left side of the cowl of a 1964 Musketeer and how the thread pattern changed in 1966!

The topic provoked a lively debate, mainly in favour of our slab-sided ageing aluminum aeroplanes, with Baby Beech owners no doubt using Marty’s careful comparisons to help justify their continued obsession with the type.

I suppose such discussions are useful to make people feel good about what they fly, though I doubt a person who is in the market for a $150,000 second-hand early Cirrus is really going to consider an aeroplane 20+ years older unless, in reality, that’s all his budget can work towards and he’s just tyre kicking.

The potential Cirrus owner has his eyes set on the sleek, flowing lines only composites can achieve, its stylish leather interior and a modern cockpit filled with multi-function screens.

The exercise of buying has very little to do with minute differences in load carrying between comparable aeroplanes and more to do with that X factor of looks, looks and looks. Private owners rarely have to carry a load approaching maximum gross weight, and most of the time it’s only them on board. The upholstery in the back seat of any four-seater is almost always pristine!

Cast your eyes over a Cessna 172, a Piper or a Beechcraft and honestly ask yourself if it’s a thing of beauty, a sculpture that could grace a modern art exhibition. It’s a big ask, much like looking at the family sedan and trying to imagine its practical utilitarian lines into the flowing shape of a Ferrari.

What’s more important? The view inside the cockpit or the view outside?

What we love about these aeroplanes is how we feel when we are inside them, travelling across wide open spaces, chasing small puffy clouds or even just mastering two landings in a row without the instructor grabbing the yoke. It’s nice to have a beautiful interior, modern avionics and a super modern profile. But what’s more important is being able to fly, safely and passionately — even if the only mount you can afford is the Warrior with 10,000 hours. The fabric may be threadbare, but if it’s well maintained, it’s every bit as good as the $500,000 fibreglass wonder at getting you into the air!

It’s the same with aircraft ownership. As the price of Avgas climbs, we will all take stock of how we afford our beloved aircraft. If you are in the market for an aeroplane, look at what you can afford without stretching the budget, and use the leftover to fund its use. Create a flying budget which you put money away in. That’s what we do.

Before I bought my first aeroplane, people used to tell me if you have to think about any aspect of the cost of ownership, you can’t afford it. Maybe that applies to a Citation, or a private Eurocopter but not a well-used single. Even in tough times, there are ways of affording the dream, especially if you look at what the aeroplane can do for you and not what its sleek looks do for people who see you getting in.

What’s important is getting into the air, safely. Everything else is just window dressing. 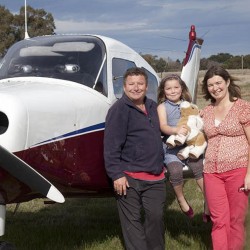 Mark Smith
Mark Smith is an Australian who has passion for both flying, and writing about flying. He has a Private license with enough hours to know he still has a lot to learn, even though he’s been flying for 32 years. His primary career was in the Australian media as a professional photographer and later writer, a job that took him across the country and around the world. Today he works from home editing Australian Pilot, the magazine of the Australian arm of AOPA. His wife Michelle is also a pilot and they travel whenever they can, with their eight year old daughter Amy, in their 1966 Beech Musketeer Super III.

The rockets’ red glare: a July 4th landing to remember
Scroll to top